What to do in Venezia

There are so many things to do in Venice and it is a city of world renown for the flow of visitors periods of the year in which to visit it are spring and autumn.

Among the indispensable destinations we have the square of San Marco and the heart of Venice at the same time, the living room of Europe and is a symbol of Venetianity and a multicultural environment par excellence with a trapezodal shape All around only works of inestimable value: from the Basilica , to the bell tower, to Palazzo Ducale. Wonders that the whole world envies. 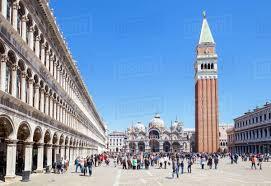 The Basilica of San Marco
After having arrived in Piazza San Marco and having taken all the pictures, the first thing to do is to visit the Basilica, which represents the living legacy of Roman, Byzantine and Venetian culture. with artifacts from the most distant lands of the East. To see, in the Museum of the Basilica, the Four Horses of San Marco. Until the 1980s these sculptures from Constantinople by Napoleon Bonaparte were brought back to the city in 1815 after the defeat at Waterloo). Following the need to preserve them from the elements by lodging them in a specific room of the Museum set up in the spaces above. 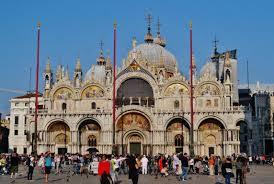 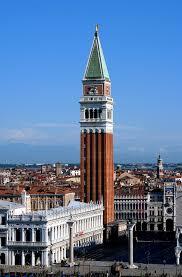 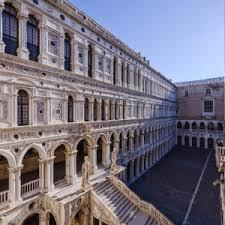 Grand Canal
Grand Canal is 3800 meters long, the Grand Canal is called by the Venetians Canalaso and it is still the main axis for city transports and you can even take a ride in a gondola. An almost uninterrupted parade of buildings to relive the glories of the Venetian Republic paying attention to the numerous architectural traces that survived the erosion of water over the centuries. 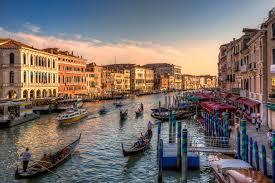 Rialto bridge
Ponte di Rialto, the oldest - and most famous - of the four bridges that cross the Grand Canal, has been the subject of numerous works of art over the centuries, as regards the history of the bridge, the bridge allows the crossing of the banks of the Grand Canal since 12th century. The current form dates back, however, to 1591. Despite the subsequent interventions and renovations, the shape of the Rialto Bridge is still that of the sixteenth century.

To savor the Venetian atmosphere the best place is the Rialto Market Fruit, vegetables and fish market, already in the early hours of the morning crowded with tourists and residents. A historical place for Venetians, a curiosity. On the walls around the market the inscriptions with the regulatory measures of the fish promulgated at the time of the Republic of Venice are still visible.

In addition to visiting the monuments, it is always advisable to go to the town's paths through the streets of Venice, you will find the Bacaro is the typical Venetian tavern, nothing but a small bar where food is just an excuse to enjoy a shade of red or of white on the contrary, from the cod croutons, to the mozzarella in carriage it is in these rooms, that you find first choice raw materials.

Probably the most famous aperitif in the Italian peninsula, with its unmistakable flavor, was born in the Triveneto area and was originally very different from that of today.The history of this cocktail, think of it, dates back to the Habsburg domination of the 1800s. Commanders, gendarmes and Austro-Hungarian soldiers were little accustomed to the high alcoholic grades of Veneto wines, so to soften their flavor they stretched them with water, more precisely "sprinkled" water into their glasses. 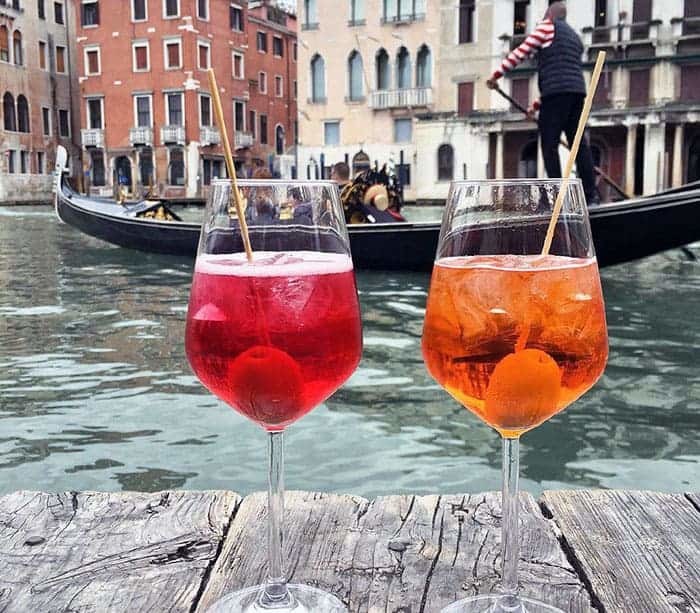 The taverns and trattorias in Venice are the ideal place to eat traditional dishes as they were prepared many years ago.
Every day, in every trattoria, the kitchen prepares typical meat and fish dishes that are served to customers at an excellent value for money, sometimes in a fixed price menu, often accompanied by a good selection of wines.
A trattoria is the best place to eat fish dishes typical of Venetian cuisine, such as creamed cod, prepared according to tradition, in satisfying portions and spending little. If you are around the lagoon you could have lunch in a trattoria in the center, maybe one that is a stone's throw from Piazza San Marco or the Rialto bridge 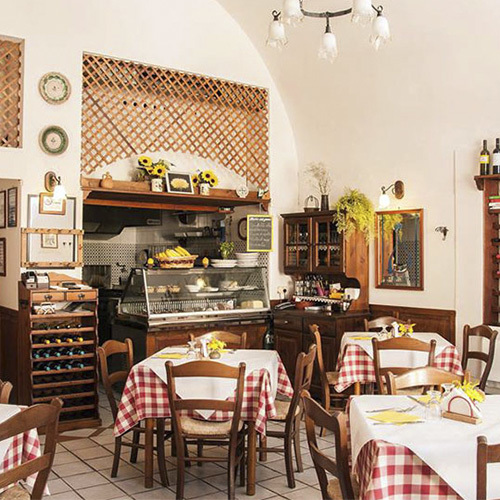