What to do in Valle d' Aosta

In Valle d'Aosta, the Gran Paradiso National Park has three visitor centers
The visitor centers allow you to deepen the various naturalistic aspects of the protected area in every season. In Cogne, the Paradisia alpine garden is not to be missed, especially in July, when many of the more than 1,000 species of the garden are in full bloom. The history of the Gran Paradiso National Park is linked to the protection of the stambecco.infatti, King Vittorio Emanuele II he declared these mountains a royal hunting reserve and thus saved the ibex from extinction. The king also created a body of specialized guards. In the woods of the valley floor there are larch, spruce, stone pine and silver fir trees. Going up, the trees are replaced first by the alpine pastures, rich in flowers in spring, then by rocks and glaciers. The ibex, symbol of the park, is quite confident and is easily found in the pasture. Another protagonist of the park is the marmot, a cute rodent digging long tunnels to escape. 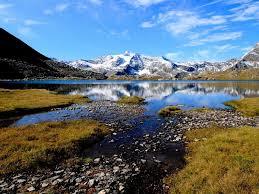 The Bard Fortress is located at the entrance of the Valley, and a complex of monuments, not far from the fortress, there is a downhill ski run. the Forte di Bard is located between medieval villages, ancient Roman roads and ecomuseums that tell the story of the past. The fortress of Bard has always been an obligatory passage to enter Valle d'Aosta and over the centuries has always been object of fortifications. In the Middle Ages on the rock there was a castle, property of the powerful Lords of Bard, who controlled the accesses to the valley from the top of the fortress. The village bears witness to the various historical events that involved the fortress of Bard and consists of numerous houses monumental from the medieval period, all recognizable by fine details such as heraldic crests and cross or mullioned windows. There are also other monuments to visit the Enrielli palace, with its beautiful portal with an overturned keel, the loopholes and the circular tower that hides a nice viret. 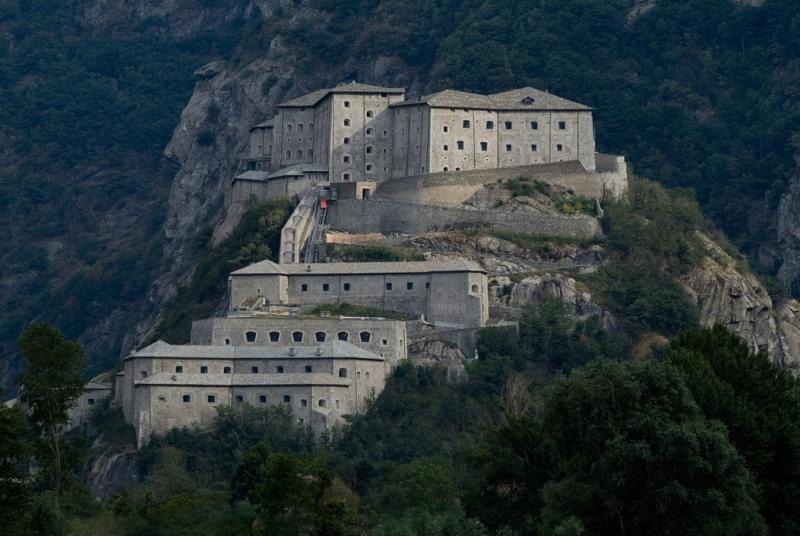 Aosta is located in important mountains and there are also many remains of Roman origin: the theater, the amphitheater, the bridge. Aosta is a city that feels very close to the border, this capital shows the historical signs of all the ages that it lived, presenting an architectural eclecticism on the verge of confusion. But seeing Roman finds alongside modern realizations, which coexist with the art of the '200s is a local prerogative that probably would not have the same success in other cities. In the areas of Aosta we find:
The Criptoportico forensic of Aosta Together with the Arch of Augustus, the Porta Praetoria and the city walls, the Criptoportico is one of the most famous archaeological sites consisting of a marble gallery closed on three sides.
The Cathedral of Santa Maria Assunta in Aosta The Cathedral of Santa Maria Assunta is the most important and oldest religious building in Aosta, the building dominates the city thanks to its two bell towers. Its original structure, very impressive, but was modified and since then it has remained the same. The cathedral is a treasure trove of art and religious. 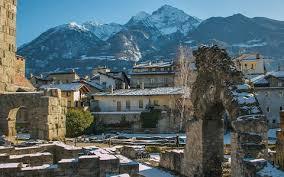 Castel Savoia
built at the behest of Queen Margherita of Savoy, the castle stands at the foot of the Colle della Ranzola in the area called "Belvedere". Around the castle there are five cuspidate turrets, the outside is clad in gray cut stone The coffered ceilings, the boiseries and medieval-inspired furnishings The castle is on three floors: the ground floor with the day rooms, the noble floor with the royal apartments and the second floor (not open to the public), reserved for gentlemen of the court; the cellars house the cellars. All the furnishings displayed in the castle are authentic, and the walls decorated with linen and silk fabric tapestries, decorated with a chiné effect.

The Mont Blanc garden is the highest alpine botanical garden in Europe, with a unique view of the Mont Blanc massif. This is the corner of paradise that hosts the Saussurea alpine botanical garden, so called because a plant called saussarea is born plant that grows in the stony pastures, the things to see in the Aosta Valley the rock dedicated to the Valle d'Aosta welcomes visitors Saussurrea is located in the municipality of Courmayeur, in the Pavillon du Mont Fréty area. His visit is an unmissable opportunity to experience the SkyWay Monte Bianco experience, the new Mont Blanc cable cars that, through two cable car trunks, lead to the Pavillon du Mont Fréty, right where Saussurrea is, before reaching Punta Helbronner. 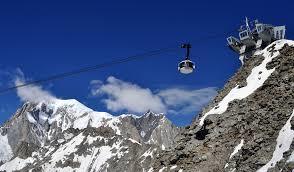 The Lillaz waterfalls and the municipality of Cogne

The waterfalls of Lillaz are located in the municipality of Cogne, and form the jumps that the water of the Urtier stream. To get to admire this natural spectacle it is necessary to reach the village of Cogne and follow the indications for the hamlet of Lillaz and once arrived in this small village through the village, The beauty of the Lillaz waterfalls is that they can be visited at all times of the year. All three different levels of these incredible "waterfalls" that form the Lillaz waterfalls can be admired. Very interesting to read during the climb is the educational trail dedicated to the geology of the rocks that are present in the area. In the surroundings of Cogne you can take a walk in the Sant’Orso meadow: this incredible verdant expanse to be walked in complete freedom, walking under the sun, or stopping in any area to rest, surrounded only by the sounds of nature.
Visit the historic center of Cogne,. Not to be missed, the parish church of Sant’Orso, the royal castle and the famous iron fountain. 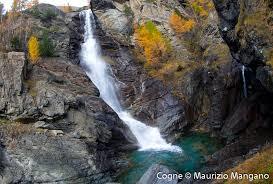 The seupa alla Valepenentse is a tasty soup originally from Valpelline, this dish is made with meat, bread, cabbage and fontina and is made following the ancient recipe. 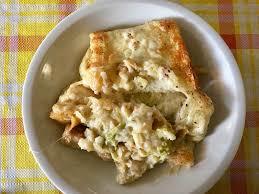 Fontina is a fat and sweet cheese, with a good taste-olfactory persistence and slight aromaticity. Wines in combination are Valle d'Aosta Petit Rouge, Gamay, Enfer d'Arvier or Dolcetto d'Ovada and Bonarda of Oltrepò Pavese. Fontina is produced exclusively with raw whole milk from Valdostan cattle La Fontina is a cheese of form cylindrical with flat faces, it presents a compact, thin and brownish rind that contains a semi-cooked, elastic and melting paste, with small eyes. 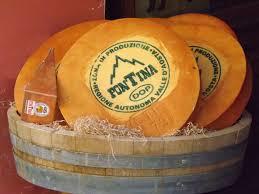 La Zuppetta di Cogne is one of the typical dishes of Cogne and Valle d’Aosta. It is a kind of risotto, how to say, reinforced! Made with Fontina, bread and melted butter and of course rice. Traditionally the tradition wants Fontina, as the main ingredient, but this time some changes were made to the original recipe and I used some excellent Bergader cheese slices. 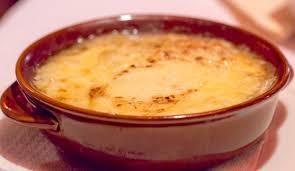