What to do in Tuscan

Villages of Chianti Greve Greve in Chianti is a town in Tuscany, a place where it seems that the Middle Ages did not pass. In fact every Greve rock speaks of that time and walking in these villages seems like a reliving of the pezzid history, the road that climbs the Tuscan hills, a a very famous time because it connected Florence to Siena. The whole life of this town takes place around its square, still today, as a tradition, the city market takes place every Saturday. The apiazza has a very particular shape of an irregular triangle. On this same square is the Church of Santa Croce, built on the remains of the ancient medieval church, you cannot start from Greve in Chianti if you do not visit the small fortified village of Montefioralle , which was once called Monteficalle, for the fig trees that grew around the castle. 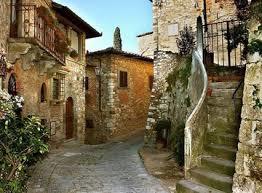 Fisole is an archaeological city where there is the possibility of admiring the Etruscan and Roman remains of what was once a flourishing center, with its thermal baths, its amphitheater and its mighty walls, in the archaeological area, at center of which there is a beautiful Roman theater still used, especially in summer, as the site of a refined concert season. Also of great interest are the nearby Cathedral of San Romolo, which in Romanesque style is easily recognizable thanks to the characteristic tower-shaped bell tower. 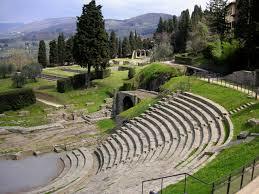 San Galgano and the sword in the stone

A few kilometers from Siena is San Galbano, in an isolated valley between the hills. Part of the Sienese territory is a country born in the Lombard period, surrounded by two circles of walls that close the medieval old town, not far from here there is an ancient convent tied to the legend of the saint, who planted his sword in a rock to transform it into a cross. The Rotunda was built here. Inside the center the sword is stuck, the only known miracle of this personality. 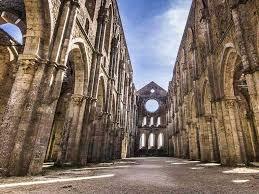 The tower of Pisa is one of the symbols not only of Tuscany but of Italy all over the world: the Leaning Tower of Pisa, or the bell tower of the cathedral of Santa Maria Assunta in Piazza dei Miracoli, is famous for its characteristic inclination of about 4 degrees, due to a subsidence of the land, the construction of the Tower, about 56 meters high by eight floors. 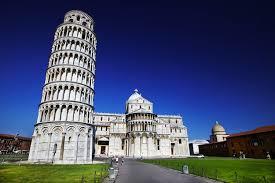 The city bases its roots on art and nature although it owes its economic development to the textile sector, on whose history much of the province's economy is based, it has developed the values ​​of acceptance and comparison between different cultures.
It is a very varied territory, able to offer historical and artistic attractions of great importance through an itinerary to discover treasures of the Etruscan era, passing through the Middle Ages, reaching the contemporary age, there are many places to visit, but where the historic center you can stroll among the lawn paths and admiring the different monumneti, not far from the historical center there is the Duomo of Prato a masterpiece of the Tuscan Romanesque, dedicated to Santo Stefano, its beautiful façade with white and green stripes dark strikes for the presence on the side of an external pulpit, something quite rare, you can also visit the castellop of the emperor Frederick II of Swabia, who had this military fort built in the center of Prato, above the remains of another fort you can visit it for free. 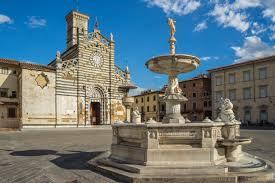 Arezzo and a country that is obscured and less known than Florence, Pisa, however, is a city with all the elements of Tuscany: atmospheres, hospitality, art and gastronomy. Places to visit in Arezzo are: the Great Square in Arezzo, is one of the most harmonious architectural complexes of Italy built uphill, has the shape of a trapezoid and overlook churches, historic buildings, arcades and ancient shops. 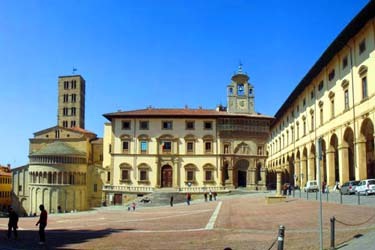 The Island of Elba is the third largest island in Italy, is part of the Tuscan Archipelago National Park, the places to visit are the Monte Capanne from there you will enjoy a unique view of the island, on the paths of Monte Capanne there are numerous trekking itineraries winding through the territory of the National Park, destination of hikers are also the Stone Monsters of the island of Elba, monsters are simply artistic works created by atmospheric erosion.Directing towards the south-western end of the Island you reach Pomonte the wreck of Pomonte is a destination for scuba diving enthusiasts. Then we find the city of Portoferraio preserves the Napoleonic villas and numerous forts and bastions, testimony of the ancient defenses but also for the characteristic historical center, but also for the archaeological sites of Etruscan and Roman age.The beaches of the Island of Elba are many beaches of white sand and smooth rocks in the western region, sandy coasts to the south and north-west, beaches characterized by iron ore on the east coast. 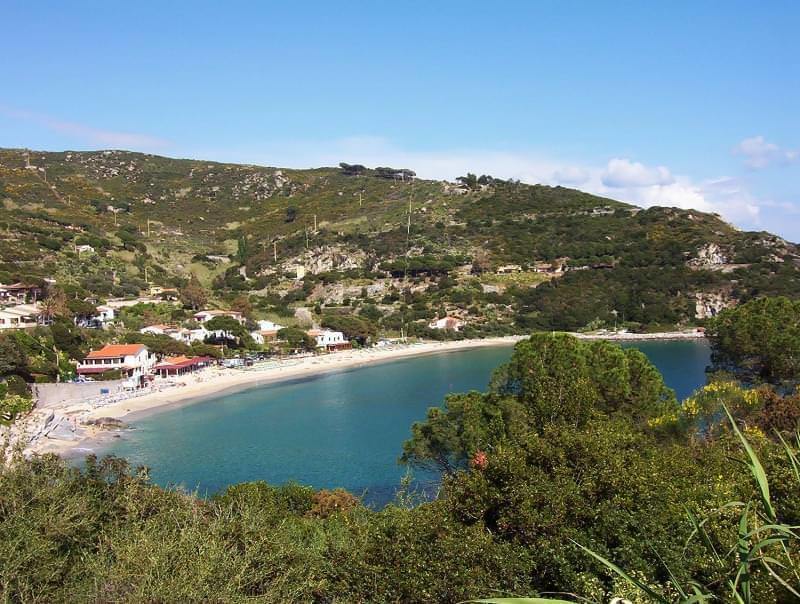 Siena is a country rich in monuments to visit, in fact, it is always better to plan your visit to sienna so as not to be disappointed by the fact that you have not seen everything. At the center of the city is the square of the field with its shell-like shape, the slight slope makes the shape of the Palazzo Pubblico with the Torre del Mangia even more imposing, while the whole square is surrounded by the beautiful facades of noble palaces and high in the square is the Fonte Gaia, the most beautiful of the Sienese water sources. to visit is also the Duomo of Siena which impresses with the facade in which white and black prevail, a church dedicated to Maria Assunta. The most important jewels are inside: the floor, full of esoteric symbols and religious stories, in the left aisle, before the transept, opens the Piccolomini Library, immediately after the Bookstore is the Piccolomini Chapel, where Michelangelo worked sculpting the 4 statues of the lower niches. 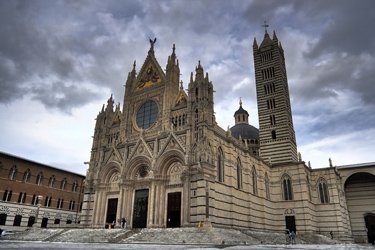 Lucca can be defined as the only city in Italy where you can walk along a series of ancient city walls with towers in excellent condition, from which to enjoy a breathtaking view and take the best photographs of the city. From Lucca, proceeding towards the north of the province, we reach Versilia, a subregion of Tuscany that takes its name from the river of the same name. Known as a fashionable resort, much of the Riviera hosts restaurants and lounge bars frequented by local celebrities. Nightlife and long beaches are the main features of the coast that from Viareggio leads to Forte dei Marmi, an ideal destination in Tuscany for long walks and new encounters.

Located about halfway between Florence and Siena, San Gimignano is also called the "city of the beautiful towers" because of the 14 medieval towers that create a truly incredible panorama and, of course, not to be missed. The historic center of San Gimignano is a UNESCO World Heritage Site and includes the Duomo, the Palazzo Comunale, the Pinacoteca, Torre Grossa and the ruins of the fortress of Montestaffoli. The village of San Gimignano is also renowned for the excellent quality of its local white wine: Vernaccia di San Gimignano. 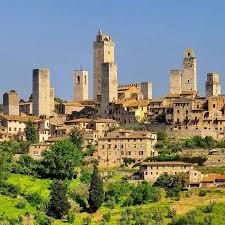 The five tipical food in Tuscan

Pappa al pomodoro e 'one of the dishes with the simplest ingredients in the world like many other dishes of the poor cuisine, among the main ingredients there is the stale bread, used just to minimize the waste of food, and combined with other simple ingredients like tomato and extra virgin olive oil and bread is served without salt, as Tuscan tradition dictates. Each family has small variations on the recipe but everyone agrees to use these the ingredients listed above. 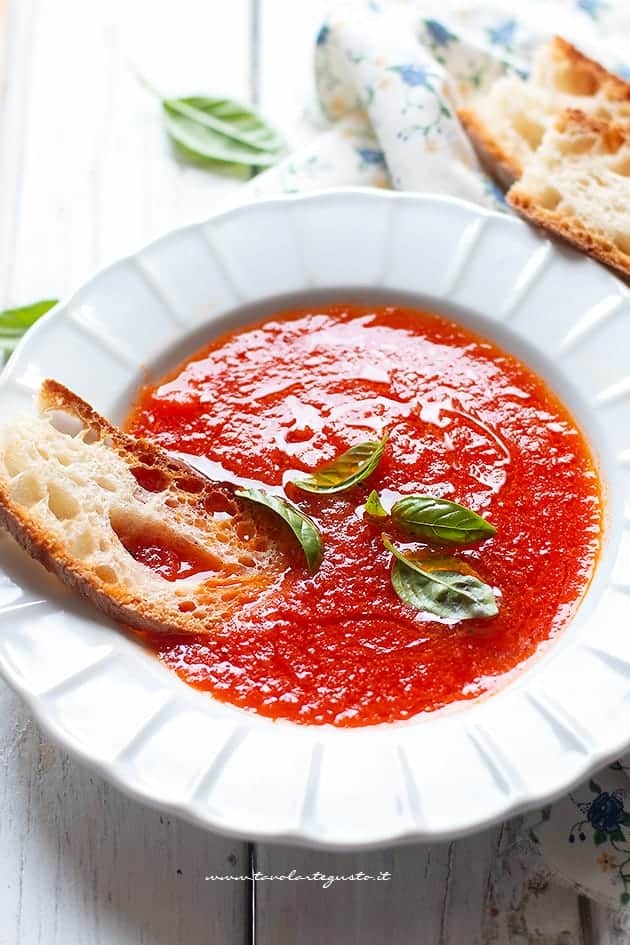 The steak is the Florentine queen is very famous that it is not even necessary to say the full name, just order a Florentine and everyone will know what you're talking about. There are two fundamental characteristics for a good Florentine: an excellent cut of meat and a cooking in the blood. The preparation is very simple, just put the steak on the grill over a smoldering embers without piercing the meat and turning it once, salting the cooked part first on one side then on the other. It takes about five minutes per side, then it can be served with a sprinkling of ground black pepper and a little squeezed lemon if desired. 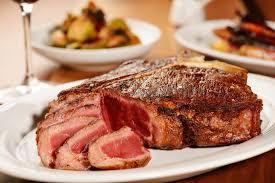 Ribollita is one of the most popular winter dishes in Tuscany and is a soup that contains different types of cabbage, beans, onions and carrots. It is a typically winter dish because the main ingredient is the black cabbage that grows in winter. The origins are of a simple peasant soup with very simple but at the same time nutritious and genuine ingredients. Also in this recipe, as for the pappa al pomodoro, the main ingredient is stale bread, it was eaten the day after it was made, heated in a pan with extra virgin olive oil and then boiled again, what which differentiates it from a simple bread soup. The cabbage used for the ribollita must have grown under a winter frost because it is really tasty. 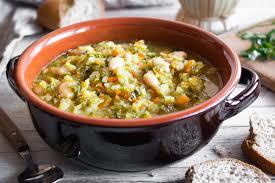 The Caciucco is a typical Tuscan fish-based dish, and you can taste it if you are in the parts of Livorno or Viareggio, this is also a traditional soup, which provides the combination of different species of fish, including molluscs, crustaceans, cuttlefish , octopus, cicadas, in short, no less than 6 or 7 varieties, to which is added tomato sauce. You can enjoy an excellent caciucco, accompanied by a slice of toasted bread and a good glass of red wine, in all the fish restaurants of the region. 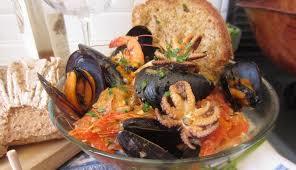 Pappardella with ragu is a hot, hearty and tasty main course: pappardelle with wild boar ragù is another classic Tuscan dish, you can also find tagliatelle and pici Senesi,In fact, the Tuscan ragù is a classic sauce typical of this region, very tasty and easy to prepare. 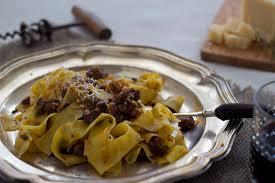