What to do in Sardinia

The Emerald Coast extends from the coast of the north-east of Sardinia, its fame is due to the color to the chromatic variations of the transparent waters that creep into a labyrinth of granite rocks, forming enchanting views, next to Sardinia there is the enchanting Port of Cervo much frequented by aristocratic people who come with their giant yachts, a beautiful place to visit. On the coast we also find other monuments such as Arzachena, the municipality of the Emerald Coast nearby is the church of Santa Maria della Neve which rises in heart of the historic center. The Chiesetta stella maris built in the late sixties inside we find many jewels like the painting by Michele Busiri Vici various objects belonging to famous people.
Nuragic village the prion is a site in the Capichera area and its considerable size makes it a complex naughere. 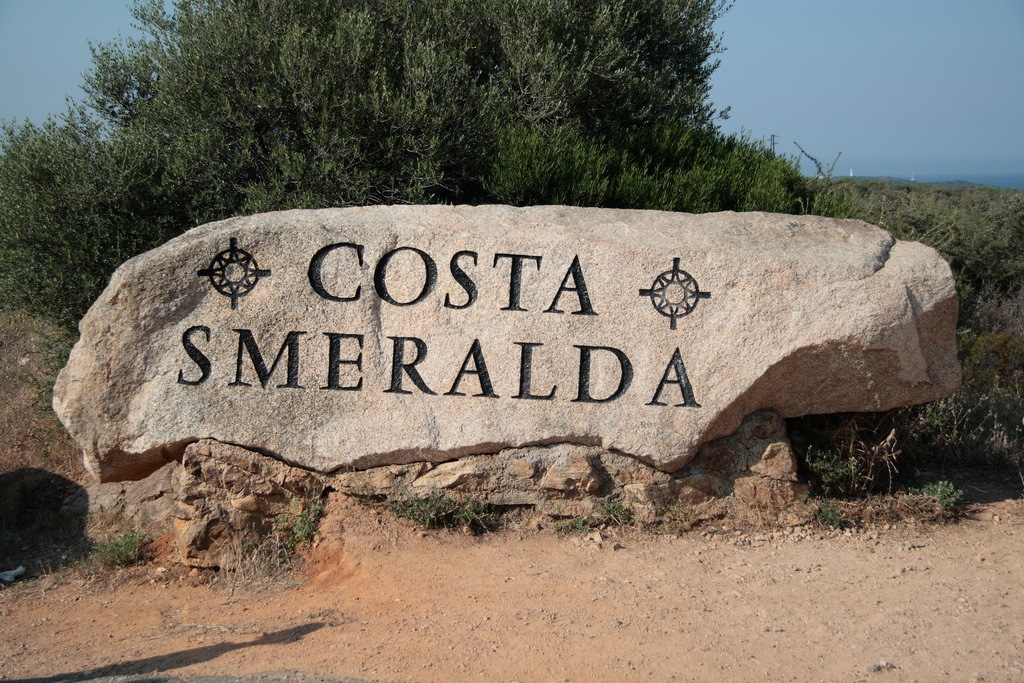 Nora is a village that preserves witnesses of the Phoenician city partly covered by the changes in the Roman age, still today the archaeological researches that bring to light the past those lands are still alive, Nora is a not deep cliff with white sand, nearby it rises the medieval church Sant'Efisio, in memory of the place where it is said he found martyrdom of the saint. This archaeological site can be visited and it will be possible to admire thermal baths, mosaics and a small theater from the Roman period. From the Punic period, quarters, dwellings and sanctuaries remain, such as the temple dedicated to the goddess Tanit, and also a partially preserved necropolis, the ancient Nora is located. at the foot of a Spanish building tower, for centuries Nora was a stopover for trade, the center that connected the various ports of the Mediterranean. 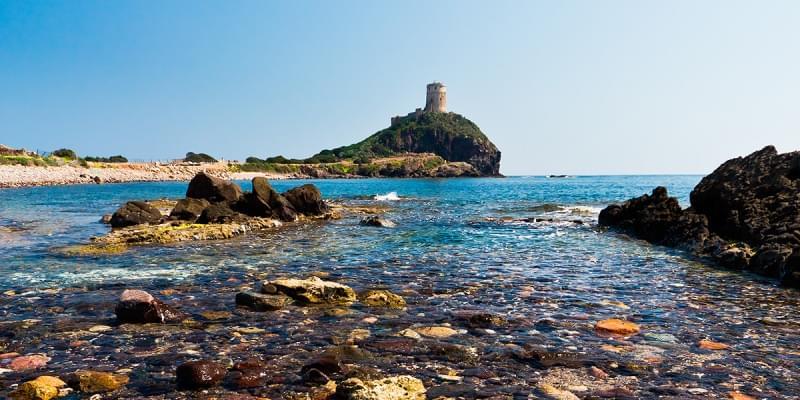 The Giara is a balsaltic plateau similar to a huge natural fortress that preserves a rich flora, this place is known above all for the presence of the Giara horses, for the spring blooms and for little lakes known as Paulis with steep canals seasonal water. In these slopes, frequent springs often originate from the infiltration of rainwater along the cross-linked network that crosses the summit basaltic rock.
Among the speciaita of the park we have many elements like so many endemisms, rare plants and flowers typical of this unique environment. 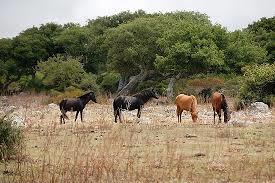 The caves of Neptune are karsts that are found in the north-west side of CapoCaccia, they were given this name in honor of the god of the sea, two entrances can be accessed; a stairway of 654 steps that wind along the walls of the massif or through a ferry service that starts from the Port of Alghero or from the pier of the Dragunara. The cave is about 4 km long but only a few hundred meters can be borne by visitors. who will be able to observe spectacular limestone formations between stalactites and stalagmites and a 120 meter long salt lake. Long ago the cave was inhabited by the monk seal of which there is no longer a trace. 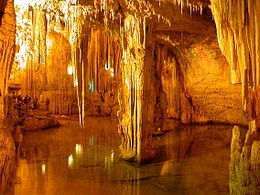 Valley of the Moon

The Valley of the Moon is located on a peninsula north of Sardinia, a very particular place due to its geological form, the place is composed of seven valleys separated by large granites, on the peninsula there are also caves that are formed due to erosion the caves can also host life in fact some people reside in the caves throughout the winter, it is also equipped with a fresh water spring on the walls you can find hidden little holes and crystal clear turquoise waters made so from the contrast of the rocks. The peninsula is called the valley of the moon due to their particular white tonality that the rocks take from the moonlight.
This place at the end of the sixties was chosen by the Hippies and by the naturalists of Mora and contributed not to contaminate it. To get to the place the cars are not used but a narrow path full of plants and rocks
welcome to all those who receive some engraved sengnals and paintings on wood that help not to get lost in the valley. In the calletta there is also a totem where the institution can meditate, rest and take pictures. 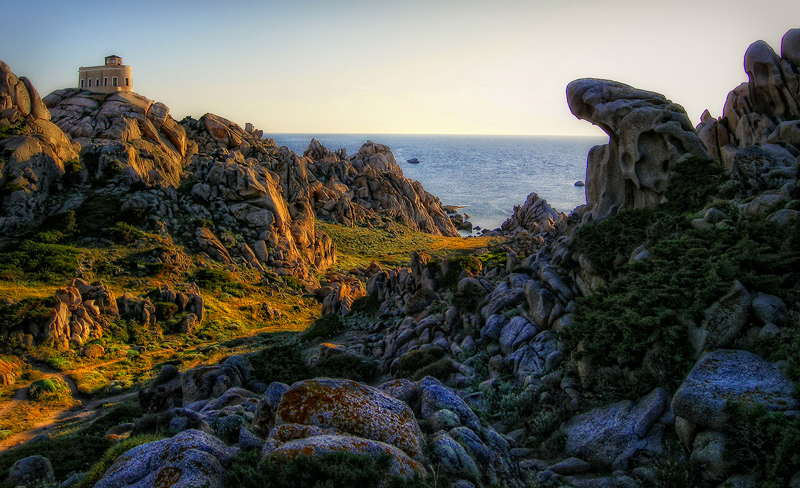 The name Gairo derives from the Greek "ga" and "roa" or tdrra that flows, one of the phantom lands of Sardinia because at the beginning of the nineteenth century the territory suffered several nabifagi and allotions, so all decided to abandon the place and build Gairo in a other place but the inhabitants were not able to agree on the place to build the new city, so Gairo was divided into three zones: Gairo Sant'Elena, Gairo Taquisara and Gairo Cardedu. Among the different Gairos that created the one that attracts more tourists is the old Gairo. It is accessed on foot and walking through the streets of the old Gairo it is still possible to see houses painted in pink and blue, window fireplaces with small signs of what life was like in Gairo. 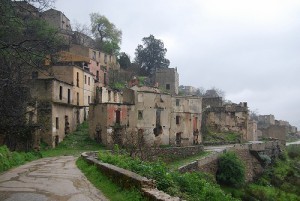 The Flavio Port is suspended in the territory of iglesias, the most extreme part of the tunnel that ends in the construction in the rocky walls, the structure was used as a boarding system to transport the very heavy minerals that had to be transported to the sea go down on the boats at the bottom of the turquoise sea. The beach of Porto Flavio rises near the remains of the mining structure, from here the view will be beautiful nearby is located a pure white of the mighty Faraglioni of Pan di Zucchero m, a natural monument of 132 meters forged by the passage of time and by joint work of wind and sea.
This is also a very popular place for lovers of scuba diving due to the thousands of beauties hidden under the sea. Near the Flavio Port there are also other attractions such as the beaches of the Iglesiente. surroundings it will be possible to find routes in the Sulcis, you will be able to see chise and narrow streets to move from one place to another. 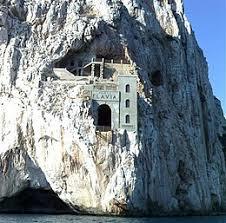 Bosa is known for the historic district of sa Costa made up of colorful houses that are located on the coasts of Sellavalle dominated by the Malaspina castle, which can be reached on foot and from the top you will have a nagnifica view of the landscape. Inside the village you can visit the church of the Immaculate Conception, the city's cathedral, and its beautiful frescoes. Inside the walls of the castle stands the church of Nostra Signora de sos Regnos Altos, a cycle of paintings, then the church of San Pietro extra muros, originally the center of the Bosa vetus before the population transmigrated into the neighborhood of sa Costa. main center of the historic region of Planargia, a place of traditional craftsmanship and food and wine, which welcomes you with wine, malvasia and one of the sweetest Sardinian wines, and shows you its excellences jewels of coral, baskets of asphodel, fabrics, including the filet, born from the ancient feminine knowledge. Another tradition is the Karrasegare osincu. The Bosa Carnival is one of the most characteristic and populated of Sardinia, combining the charm of traditional masks with the allegory of modern carnivals. 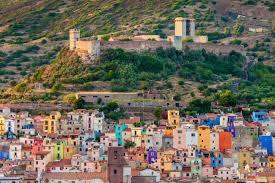 The Gorroppu Gorge, also called the Grand Canyon surrounded by thick woods, the walls of the Gorge of Goroppu are 400 meters high, and the bottom of the gorge has a wound that separates the Supramonte of Orgosolo and that of Urzulei, a wound made after water years . You can reach it by walking along the path that leads to the gorge that leads to a landscape of great beauty to admire the flowering of the oleanders.
The area is covered with spectacular specimens of juniper, thousand-year-old yews, holm oak and Mediterranean species (including oleanders and broom), habitat of the typical Sardinian fauna, golden eagle and mouflon over all. There is no lack of prehistoric evidence: nuragic towers and villages and Gigant tombs. The peculiarity of the place has generated legends, in fact it is said that, from the narrowest point of the gorge, where the vertical walls exceed 450 meters, you could see the stars in broad daylight. Or they say that the magical flowers of the "male fern" bloom at night 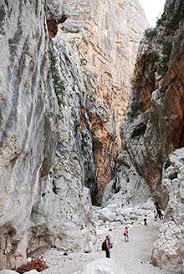 The five most tipical food in Sardigna

Fregola with seafood and saffron

The fregola is a typical Sardinian pasta made of semolina and rolled up into small balls, the ways to cook the fregola can be cooked in different ways but among the best is certainly the one with sea fruits and clams served with saffron broth and of toast. Saffron is one of the most used red spices by the Sardinians 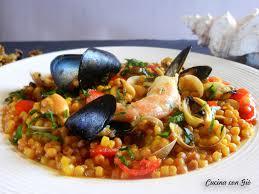 The Gallurese soup or acute soup, the word zuppa immediately makes something liquid and creamy, but this dish is not liquid. The consistency could be that of lasagna and consists of layers of bread seasoned with cheese and sheep broth, then cooked. baked. 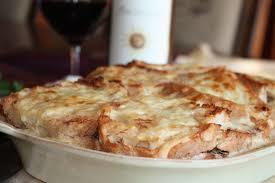 Those who love seafood will love this dish. The best time to enjoy it is from November to April, when the sea urchins season is open. In fact, during the other periods of the year it is forbidden to fish this marine delicacy and also in the period in which it is allowed, each fisherman can only collect a limited number of hedgehogs, in order to protect this species.
The perfect wine to accompany this dish is the canonau from Sardinia because it emphasizes the intense taste of curls. 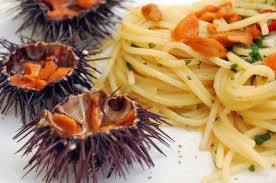 Sardinian octopus salad is usually served as an appetizer. The main ingredient of this is obviously the local octopus which is generally a little smaller than normal and this makes it more delicate. It is served with boiled potatoes, celery and seasoned with olive oil, lemon, garlic and parsley. 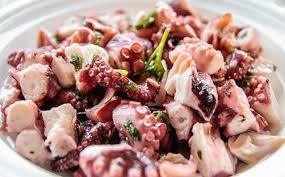 Lamb with artichokes is a traditional Sardinian dish, usually cooked during Easter. The delicious lamb along with the artichokes acquires a very rich flavor. First the meat must be cooked for about an hour and then add the artichokes. 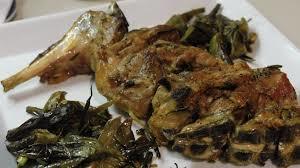 Two most popular restaurant in Sardigna

The restaurant La Guardiola was built inside a Genoese fortress, the restaurant is located close to the balustrade of the piazza del bastione, it also has outdoor tables. The cuisine is regional, typical Sardinian, specializing in both earthen dishes that of the sea, with an eye on fish specialties. 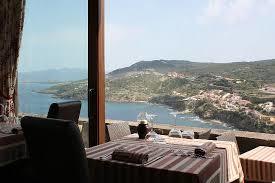 The restaurant is located in a splendid position along the Temo river that crosses the city, it is a pleasant and very characteristic place obtained from ancient shops where expert artisans built the typical traps for lobster fishing. The rooms are very welcoming, characterized by the traps and vaults in exposed stone. 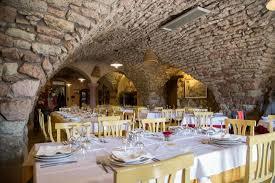