What to do in Lombardia 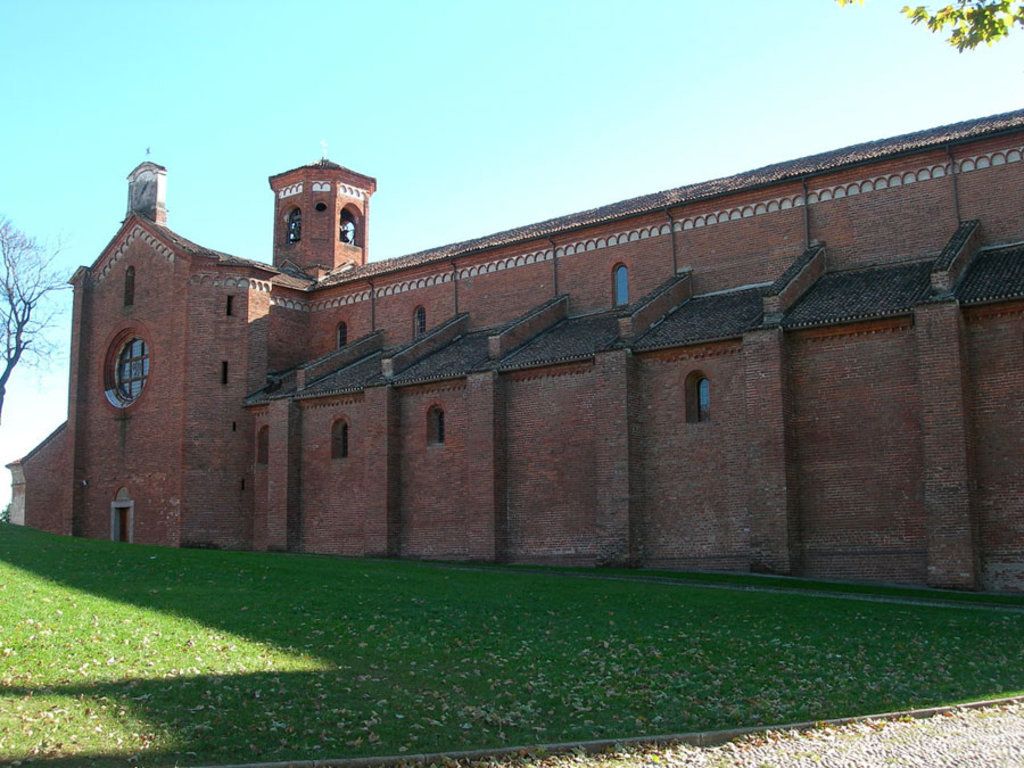 Certosa is a monastery where the Carthusian monks reside, after having passed the vestibule you will arrive at the entrance above all the bulk of the Church dedicated to the Madonna delle Grazie, flanked on the right by the ducal palace, the first summer residence of the Visconti and then of the Sforza .Once inside, you will admire the magnificent paintings in the side chapel and a beautiful starry vault, plus there is a beautiful large kiosk but only one wing can be visited because all the others are inhabited by Carthusian monks. 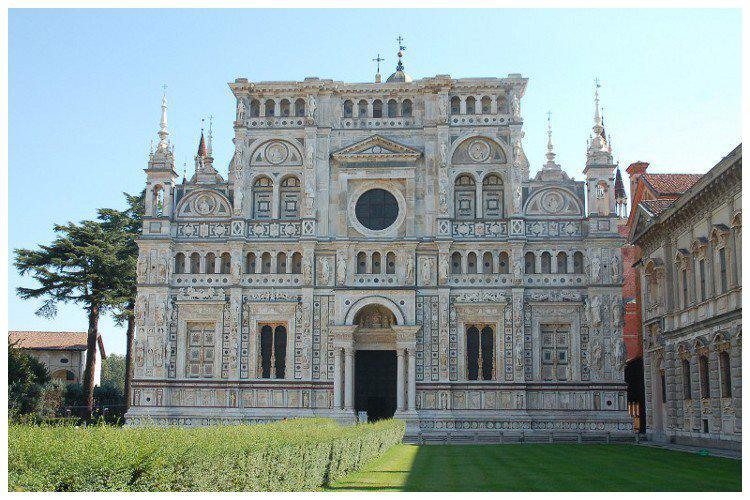 The garda is a river and it would not be very correct since seeing it looks like a sea that surrounds the mountains and you don't even see its borders, this is the feeling you get. Lake Garda bathes three Italian regions: Lombardy, Venento and Trentino-Alto-Adige. The places to visit on the island of Garda are:
The Castle of Sirmione today it is in a perfect state of preservation and can be visited entirely: two crenellated towers dominate the lake and the dock, still functioning, which houses a lapidary from the Roman era. It is accessed via a drawbridge over the water. it is also the only way to enter the historic center of Sirmione.
The Grotte di Catullo “Le Grotte”, are well-preserved remains of a Roman villa, today the villa is open to the public and houses a large olive grove and a museum villa today give life to a precious oil, while the museum houses a series of archaeological finds found here and in the other Roman villas of Garda.
The Island del Garda, also known as the Borghese Island, is the largest of the islands on Lake Garda. This place is in fact already inhabited in Roman times, as testified by the tombstones and the remains of votive temples, and was for a long time a refuge for pirates, before becoming an important ecclesiastical center thanks to the intervention of St. Francis of Assisi who had a small hermitage built. Over the centuries the island has passed under many masters and has seen many famous people. 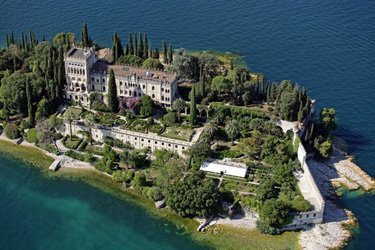 The Campo dei Fiori regional park is a hilly area in Varese, it is enclosed between the Valcuvia to the north-west, the city of Varese to the south and the Valganna to the east, landscapes dominated by the two massifs of Campo dei Fiori and Martica, among which the Valle Rasa, many monuments that alternate between forests of beech and chestnut and peat-marshy areas have favored the development of a very rich flora and fauna, the paths are possible to sleep, for the most part easily passable, since they are equipped of appropriate signs. Among the most important attractions is the Sacro Monte of Varese and a rich constellation of buildings in liberty style including the Grand Hotel Campo dei Fiori. 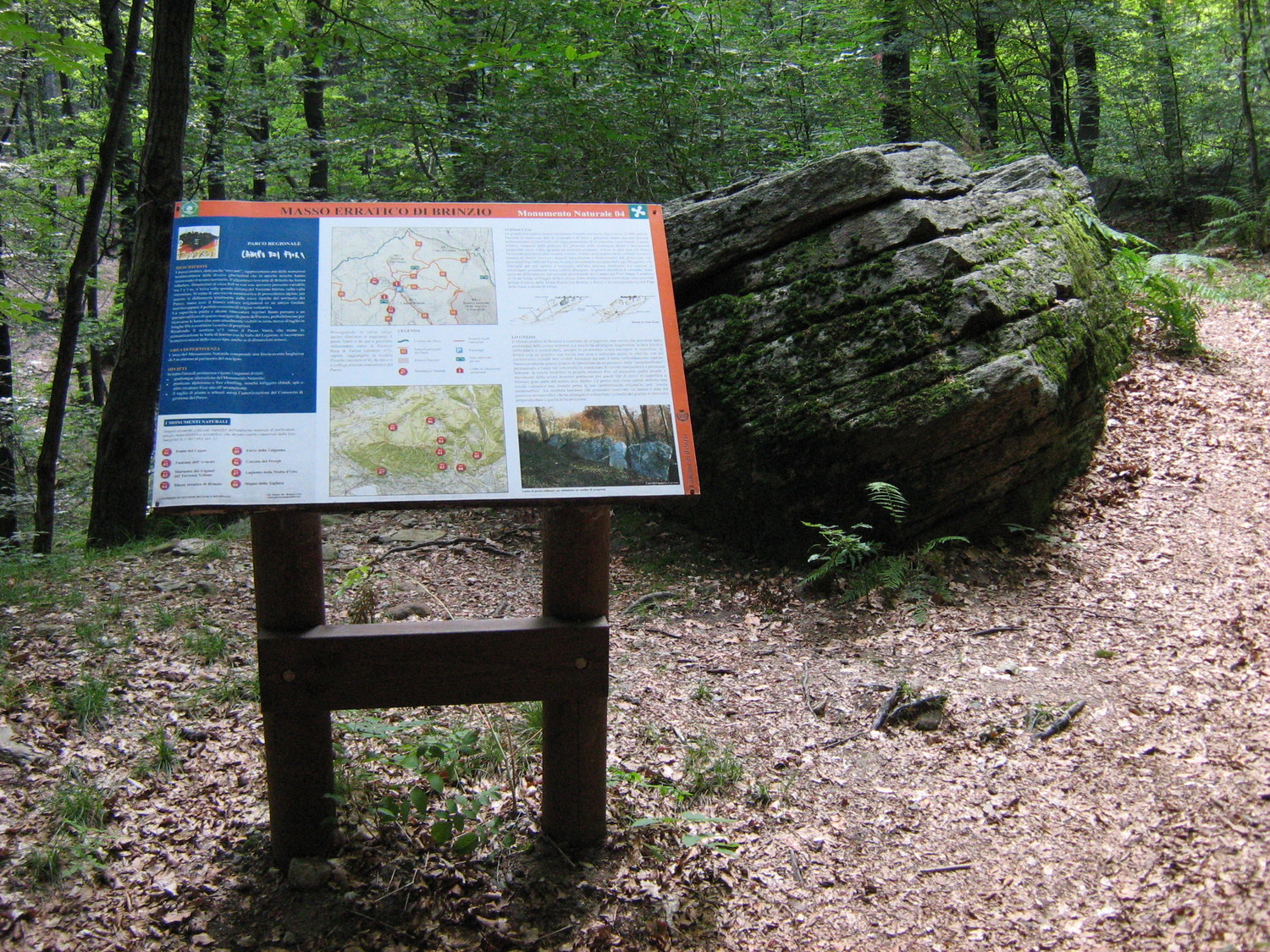 In Vigevano you can visit the Piazza Ducale, a square where everything is elegant with a very beautiful, empty space, the large square must have been the entrance to the nearby and imposing Visconti-Sforza Castle, one of the largest in Europe. This square was built at the behest of Ludovico il Moro, Lord of Milan, who in fact moved to live here with the whole court in what was supposed to be the hunting lodge. Piazza Ducale is built in a Roman forum , looks like an elongated rectangle built on three sides, the fourth is occupied by the Cathedral Church To watch over the square, there is both the Torre del Bramante, which the brick chimneys and the concave façade of the Cathedral, the cathedral dedicated to the patron saint of the city. Inside the building is the Museum of the "Treasure of the Cathedral", with precious chalices, ciborium and vestments, Roman missals and manuscripts of great value. 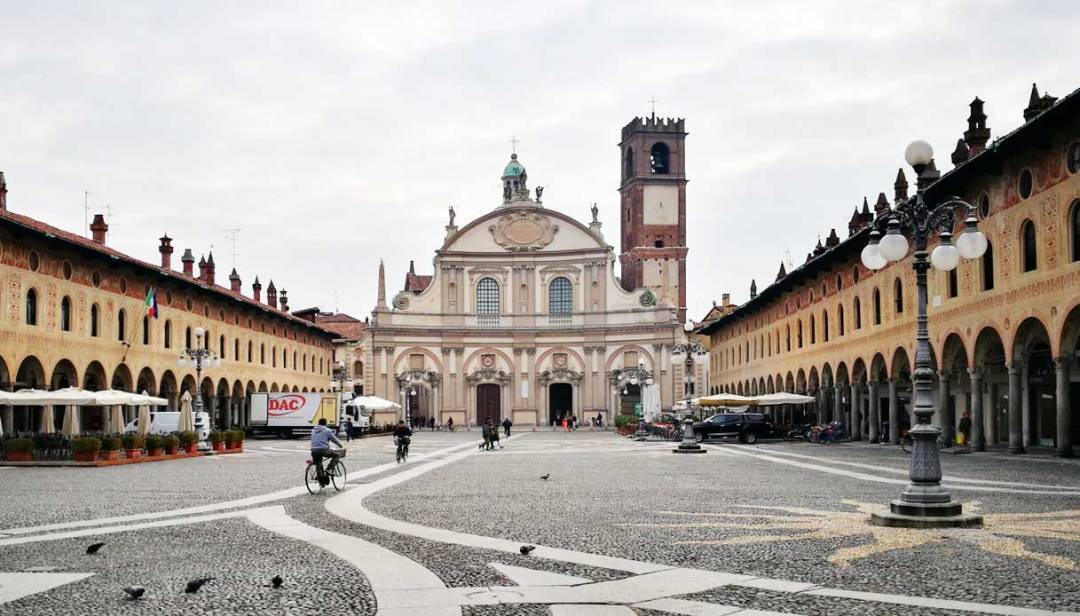 This beautiful doimora is located in Lenno which acts as a courtyard in the wooded area of the Lavedo peninsula one of the most scenic period buildings a very easy to reach place reached Lenno you can take a walk along a path through woods of trees before arriving at villa. The villa was built on the remains of a convent of which only two small bell towers remain, this villa was home to several characters and every small change, the villa is also equipped with hidden passages that connect parts of the villa. 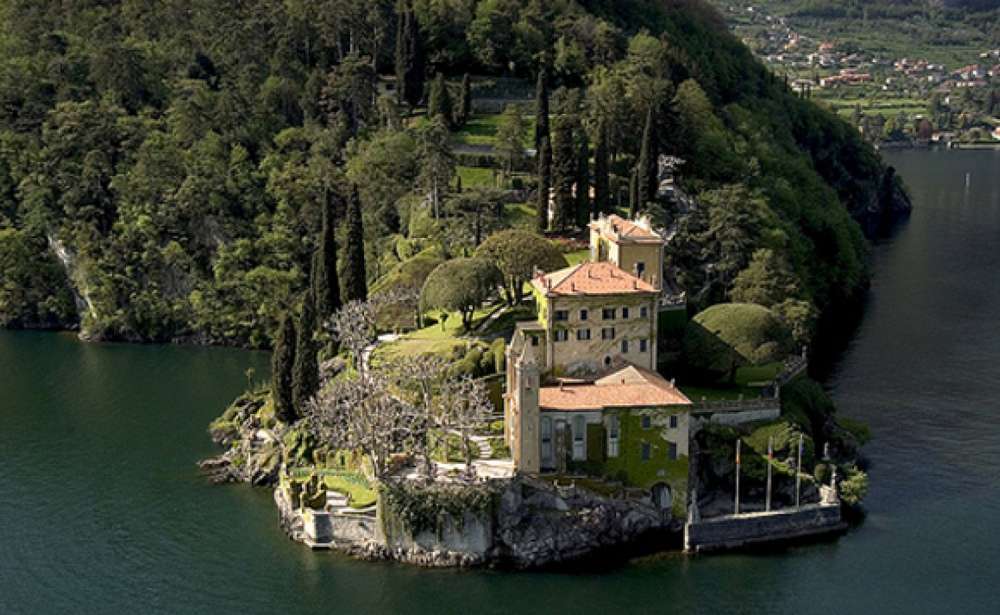 Milan
Among the most beautiful places to visit in Lombardy and Milan as it houses some of the most important works of art on the peninsula, the Duomo is certainly the most majestic and famous, in the great city there is also the last supper by Leonardo Da Vinci The painting , fat tempera on datable plaster preserved in the ex-Renaissance refectory of the convent adjacent to the sanctuary of Santa Maria delle Grazie. 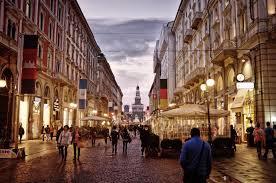 Brescia is certainly another place to visit, and one of the oldest cities as evidenced by the two domes placed side by side in Piazza Paolo VI and the Capitoline temple, which dates back to Roman times. The new cathedral stands imposing on the entire square, next to he the little old cathedral shows his important story.
Piazza Vittoria is a square that was born on the occasion of a redevelopment of the city, the fulcrum of the fascist ideology. Over time it has been dismantled of these historical signs, one of which is the Bigio, a statue that made people discuss and discuss that it has not yet been reported in Piazza Vittoria. On the square stands the large post office building and to its left (looking at the palace) stands the Tower of Piazza Vittoria.
The Capitolium or Capitoline temple is a very important archaeological site, but what we see is a recomposition and it can be seen from the color of the columns. 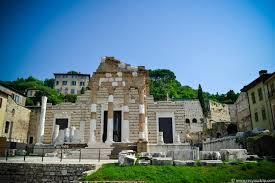 The city that gives its name to the lake and the most important center Como rich in monuments, historic center:
the Cathedral of Como is a complex and articulated building, The Como construction, erected to replace the Romanesque cathedral of Santa Maria, while presenting different styles a harmonious and grandiose unitary whole, the facade with spiers and pinnacles is rich in sculptural decorations inside the Gothic style is divided into three naves divided by 10 pillars and preserves many works of great importance
The church of Sant 'Abbondio the basilica of Sant'Abbondio is a magnificent example of Lombard Romanesque architecture a masterpiece of the Comacine masters, the façade is in Moltrasio stone and is marked by mighty pilasters that divide it into 5 sections at the aisles and more a double bell tower and preserves in the apse the splendid cycle of frescoes of the 1300s.                                         Isola Comacina on Lake Como, the only island on Lake Como, the Comacina island is a place where history, nature and art and archeology intertwine with the nature that frames its past fortified citadel, an important religious center of the diocese of Como. 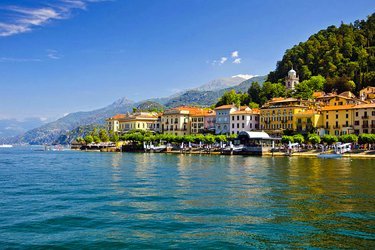 Bergamo is one of the most characteristic. The upper part of the city, still today, is surrounded by the ancient walls that enclose the medieval village and treasures such as the Duomo and the church of Santa Maria Maggiore. A very beautiful place to take a walk and retrace the steps and monuments of a bygone era. 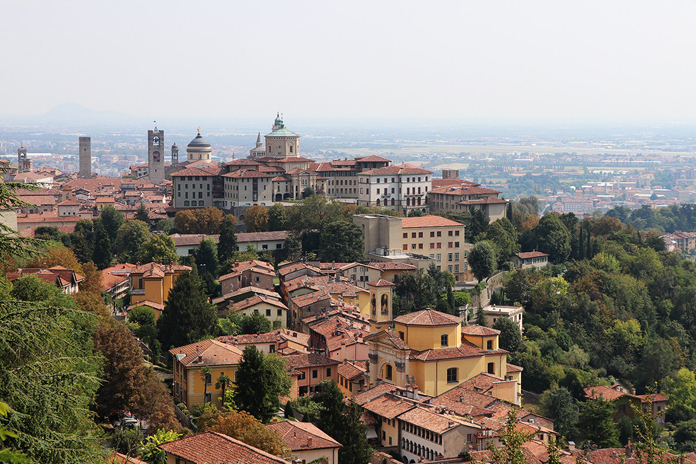 The 5 tipical food in Lombardia

The most famous yellow rice in Italy The Milanese paternity is therefore due to a legend the daughter of Valerio di Fiandra, the painter who worked at the stained glass windows of the Cathedral of Milan, married a pupil of his father. The main characteristic of this pupil was to create the compositions with saffron. It was a joke, which he made during the marriage banquet, to associate the risotto with saffron, thus giving Milan the famous risotto. 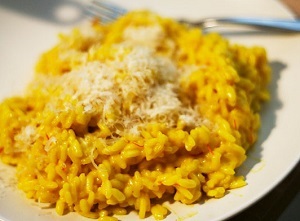 All or almost all of them go crazy and many go to Valtellina only and exclusively to be able to taste and taste the renowned pizzoccheri a real culinary experience. The origin of the dish dates back to the fourteenth century, thanks to the spread of buckwheat which is its main ingredient and Teglio was the country of origin that still today pays tribute to its tradition and the basic ingredients are buckwheat for pasta which it has the form of tagliatelle, cheese, vegetables, potatoes and butter. 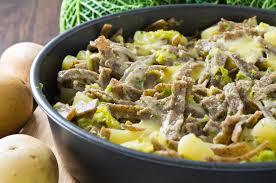 Mustard has many variations but remains a typical dish of this region to accompany various savory dishes, the provincial variables are different: in Cremona it is very spicy, in Milan more spicy, in Voghera it is light and in Mantua it is made only with fried apples, honey and white wine. A Festival dedicated to this specialty was also born. 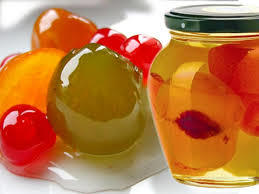 It's a Christmas cake the Cremona nougat is a tasty and easy recipe to prepare at home. The origins of this dessert really belong to the city of Cremona. Today this dessert is a well-established tradition that is celebrated every year in November with the Festa del Torrone. 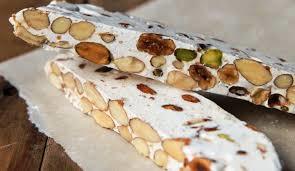 It is a well-known dish belonging to different regional traditions, even Lombardy has its typical recipe that is among the most popular regional recipes. And if we want to call it Milanese, its name is "busecca". Long ago considered only for the holiday and in particular for Christmas Eve. It has also been widespread in other periods. Not surprisingly, the Milanese goliardically are also called "busecconi", that is "tripe-eating". 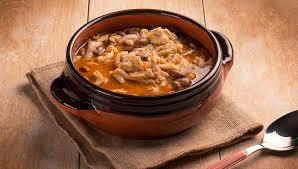 2 most popular restaurant in Lombardia

Agriturismo Oasis of Galbusera Bianca - Charming Organic Farm
The Osteria Bio is a restaurant of organic and natural cuisine, traditional dishes of meat from farms that take care of animal welfare will be served. Vegetarian and vegan dishes starting from the flavors coming from homemade courts. 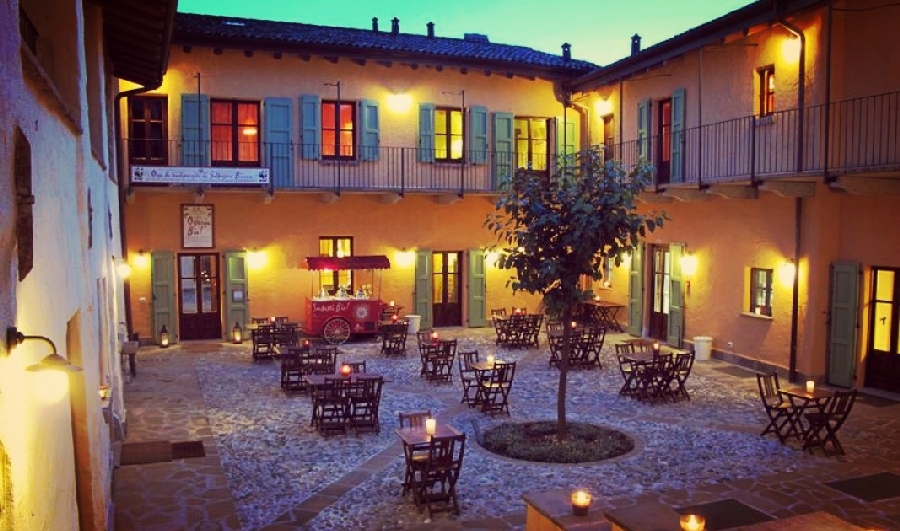 The dining room is derived from the old restored barn, lends itself to romantic dinners, business lunches and events, receptions, parties and ceremonies. In the winter season you can taste: Milanese risotto with sausage, Trevisana risotto and scamorza, braised ravioli, pasta and beans, polenta and càsoeula, mixed boiled meats, cinnamon duck, apple pie and homemade jam tarts.
In spring and summer, risotto with aromatic herbs, tortelloni with herbs and saffron, loin with vinegar, rump in lettuce sauce, leg of pork with marsala, stuffed chicken breasts, pan-fried duck breasts and for dessert fruit tarts fresh and apple semifreddo with strawberry sauce. 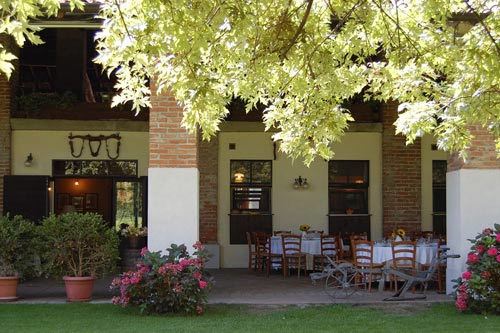