What to do in Liguria

Liguria is a place between sea and land and offers many places and monuments to visit including:

Vernazza is a natural harbor of the 5 lands, and one of the most evocative places that show off on the coasts, we also find on the colored houses and to see from the sea and a real spectacle, its origin seems to tie to the wine to then explain the etymology of the place, the first impact of the city is the green of the vineyards, and then a series of monuments in the streets of this city, symbol of the town is the Belforte tower of the Castello dei Doria: from here and from the terrace you can enjoy a breathtaking view of the town and the coast.

Triori is a village in the Argentina valley, of Roman origin, and preserves an urban fabric of complex structure and high environmental interest. It is composed of buildings and overlaps of various periods in a series of alleys, small squares, The fame of the town derives from the now famous process that gave the village the name of "town of witches". One part of the regional ethnographic and witchcraft museum is dedicated to the story, divided into six rooms, which represents the evolution of peasant life; inside it is possible to admire a baptism of Christ, together with the attributed frescoes, admirable in the church of San Bernardino. 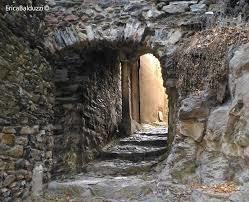 Genoa is a land on the sea and the mountains and a fantastic place to look for beautiful beaches, the places to visit in Genoa are many for their history and their beauty. The church of San Lorenzo, the magnificent Palazzo Ducale and the beautiful Palazzi dei Rolli, a system of elegant residences that once housed gignitari and ambassadors.
The "Old Town" of De André a very beautiful place and the streets of the center and the Old Town are to be visited, where the ancient palaces and alleys give the unique district.
The case is the small port of Camogli, in fact Camogli is another very pleasant place to visit in Liguria, not far from Genoa. The village, with its colorful houses, approaches its small port and the pebble beach that leads to the lighthouse, ideal for a nice walk.
Geneve bella especially for its sea in fact a Lavagna there is a very sandy beach besides that there is a beautiful historical center. 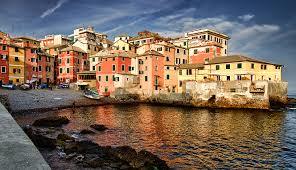 Abbey of San Fruttuoso and Cristo degli Abissi, located near Camogli, is a small fishing village, which is uninhabited in winter and then repopulated in the spring. The abbey of San Fruttuoso is an example of how architecture and nature can coexist together, the abbey is a Benedictine monastery with its history it was also a haunt of pirates and a den for pscatori, to protect the abbey and the Tower of Doria climb the stairs from there will be possible to see a wonderful view. Off the Bay of San Freuttuoso is the christ in the abbeys, a bronze statue that was reproduced by Dulio Marcante in memory of the friend who dies in immersion, to see the statue you can do it through a bathiscope or by immersing yourself in the water. This place has two beaches, one under the abbey of San Fruttuoso, and one can reach it by following a path under the Torre di Doria, both of which are beautiful and the water is crystal clear and there are many restaurants around the beach. 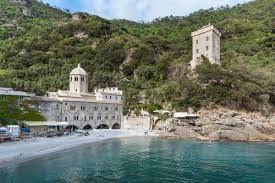 Lavagna is a seaside town, and strolls along its streets and the streets and streets of its historic center. Blackboard city of hills and mountains, in a short time from the coast we arrive towards Val di Fontanabuona, in one of the most beautiful landscapes of the Ligurian Apennines. Here the production of its gray stone is concentrated, which was formed 80 million years ago. The symbol of Lavagna is the massive Ponte della Maddalena which in the Middle Ages was called "ponte de mari" and which connected the two banks of the Entella river. Going around Lavagna, to see are the Torre del Borgo, built with different materials, whole and broken bricks, thin slabs of slate, cocci, and a four-storey structure, the Brignardello Portico: a staircase at the end of the long colonnade leads directly to the entrance of the cemetery, and now hosts cultural events, Casa Carbon is a structure of three floors in Genoese style and is a house - museum furnished with furniture and accessories belonging to the period from 1600 to 1900. 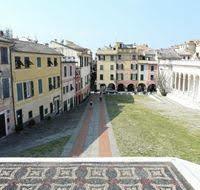 The city of Sanremo has always been associated with the Sanremo flowers and festival. The main attraction for lovers of nightlife is undoubtedly the Casino, the emblematic place of the city of Sanremo, and to take a stroll in the historic center, making a leap from "In bocca al luppolo", a small place located among the alleys you will find a great variety of quality beers including those of the Sanremo Brewery and the Genoa Brewery. If you love nature, you can take a pleasant ride through the chestnut woods. If we talk about sports in Sanremo, it is impossible not to mention the bike path of the Coastal Park of the Riviera dei Fiori. 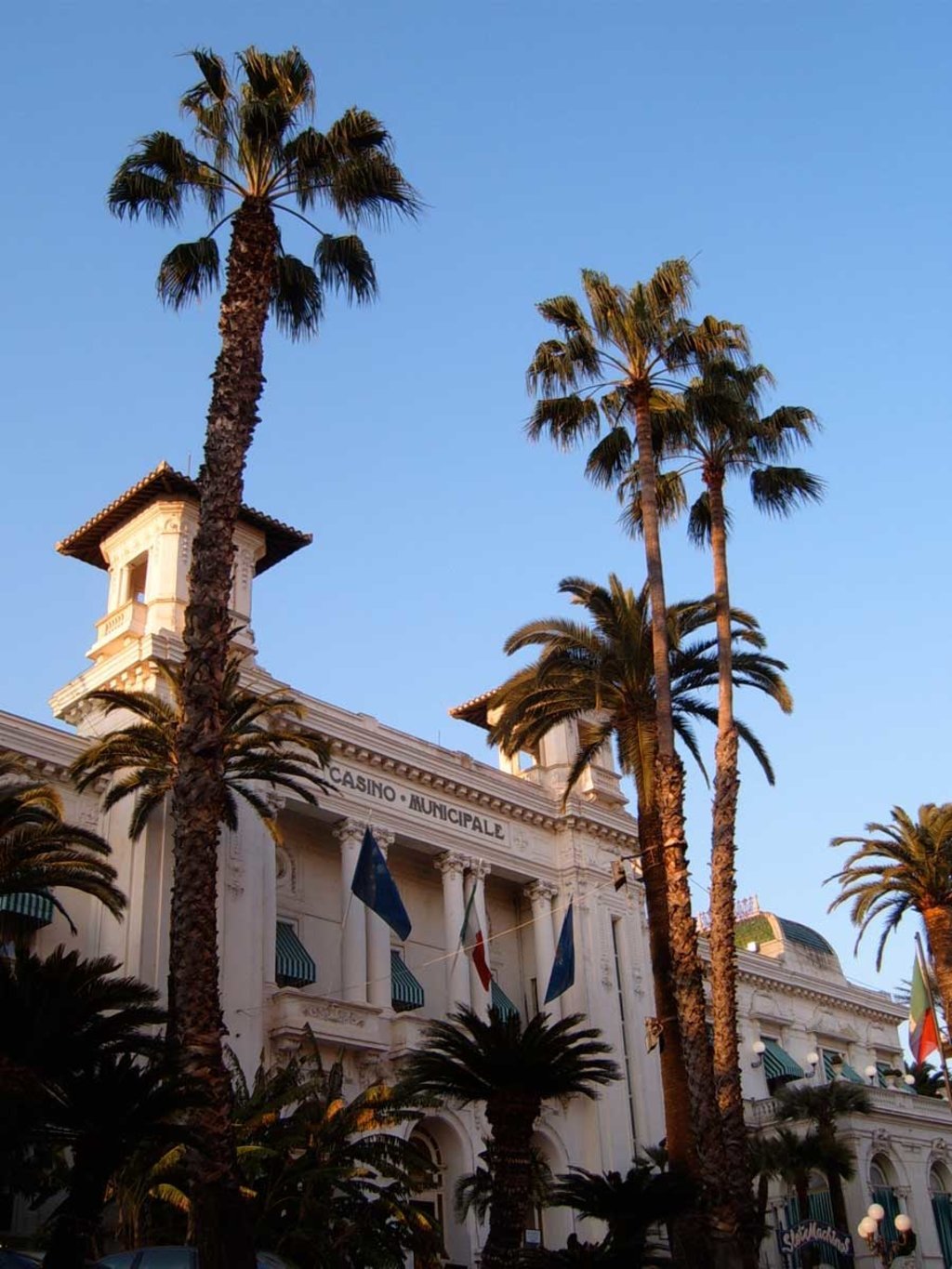 The five most tipical food in Liguria

The farinata, is one of the typical Ligurian dishes so loved not only by the natives, but by anyone who is to taste this very nutritious dish. The story of the birth of the farinata is very curious: it is said that, at the end of the Meloria battle between Genoa and Pisa, the ships of the Ligurian city were hit by a storm. The water completely invested the stocks of oil and legumes, making everything a mash. The ship's crew tried to save what could be saved by drying everything in the sun and ... surprise! That food, which would then become the farinata, the preparation of the dish with flour, oil and legumes. 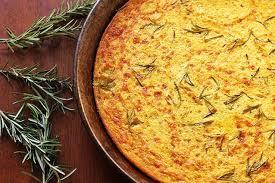 The focaccia di Recco is one of the flagships that characterizes the typical Ligurian cuisine. Served with cheese - which must be exclusively from the production area - it can be a tasty snack or a substitute for main meals. 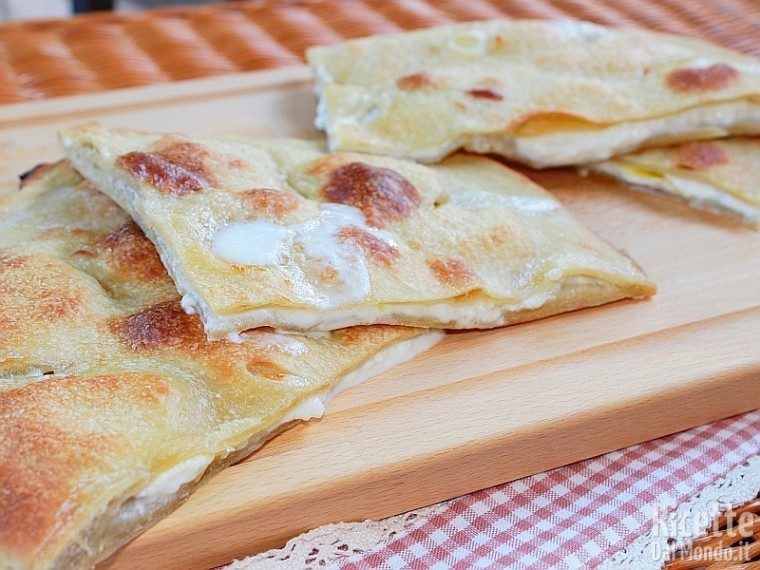 They are Ligurian sweets, a veritable bath of joy for the palate: sponge cake with rum and marsala, sugar and covered with various butter creams. This is sacripantina, a dessert normally served during the Christmas holidays in combination with dessert wines like the Sciacchetrà of the Cinque Terre. 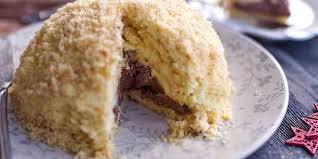 The cod fritters, better known to the Genoese as Friscieu, are a simple and delicious dish, usually eaten in company during the holidays or meeting occasions. In fact, these fritters are nothing more than morsels of dried cod passed in batter and fried in hot oil. However, the yield is excellent, although it is not worth introducing it as a weekly dose of fish in the diet. 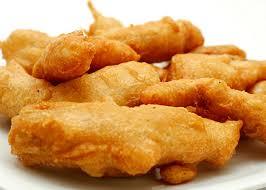 Last but not least, a sweet Christmas, the sweet that never fails in Ligurian houses during the holidays: the Genoese Pandolce. Legend has it that Pandolce originated in the 16th century following a competition between pastry chefs called by the doge Andrea Doria, interested in finding a dessert that was long-lasting and representative of the Republic of Genoa. We cannot fail to pay tribute to the winner of this competition for having found a cake that we would never tire of. Raisins, fennel, pine nuts and candied fruit embrace this brick of dough, softening it and softening its consistency. 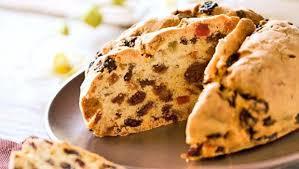