The monuments in Tirolo (Austria)

It us one of the most important abbeys in all Austria and represents one of the highest examples of Baroque architecture in the country. It was built in the 1273. It is a Cistercian monastery. It is dedicated to Our Lady. The vault of the church is covered with many frescoes, along the nave is a carved and gilded wooden pulpit. The crypt also has the twelve golden statues of important and royal figures. 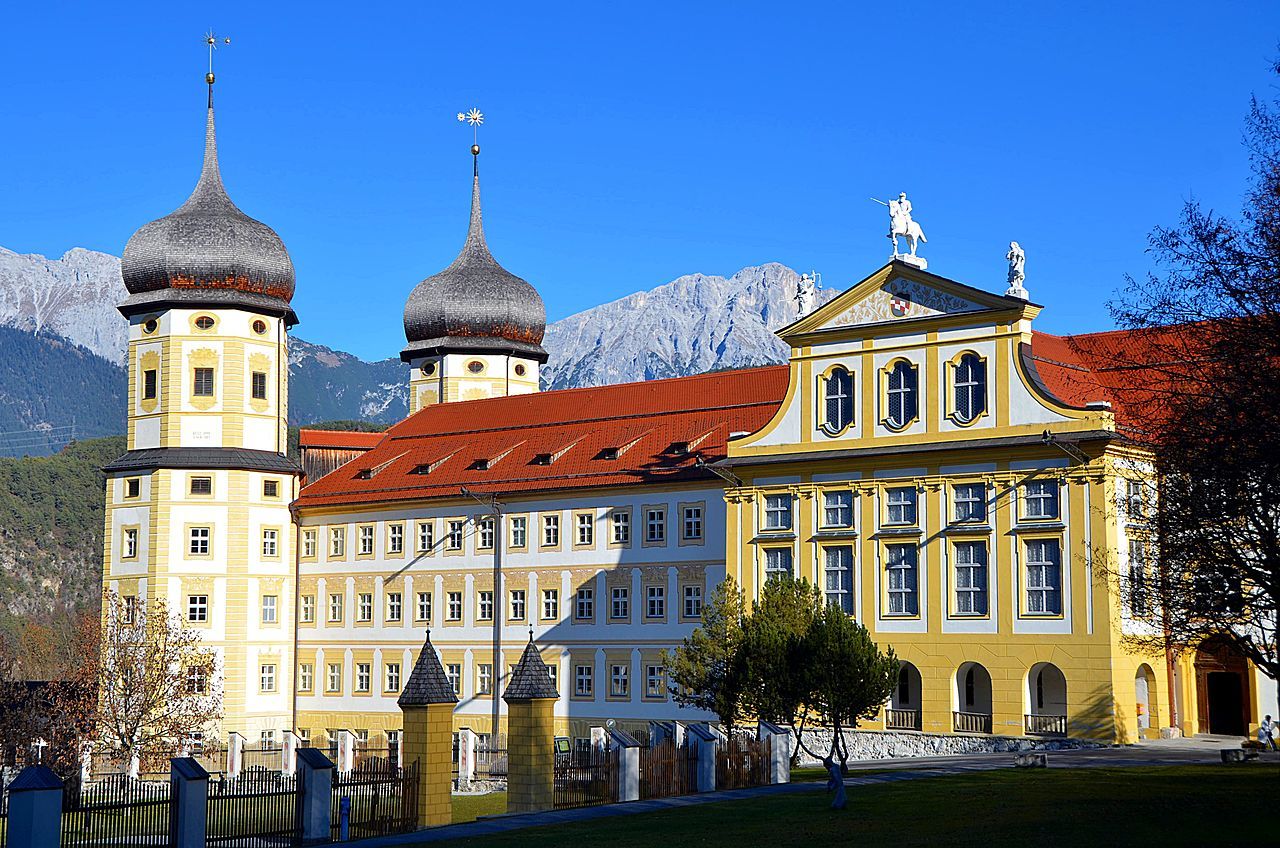 It is an important tourist attraction. It was built under the Empress Maria Teresa for the marriage of the son Archduke Leopold. It has three arches in the style of the Roman triumph, the reliefs on the south side recall the happy event while those to the north recall the death of Leopold's father, who died suddenly in the wedding venue.

It takes place in the old town. Today it is symbol of the country. It once had an important function, in fact in the tower lived the guardian. He had the task of proclaiming the hours, warning the population in case of fires and dangers, and he was watching over the quiet night. The windows on the first floor are reminiscent of the city jail, in fact in the Middle Ages here the criminals discounted their penalties. 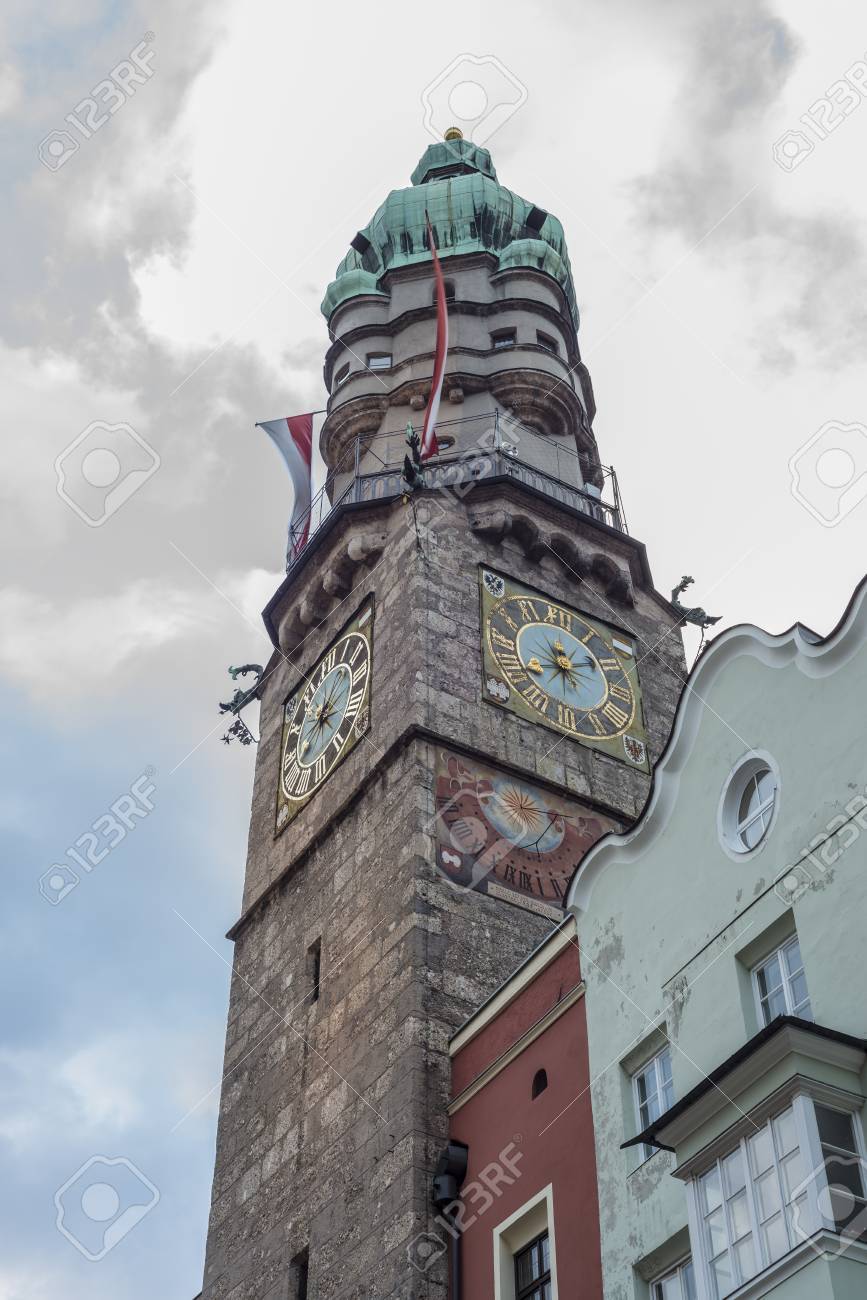 It is the symbol of the Austrian city of Innsbruck. It is a late Gothic erker covered with gilded copper. It was bilt in the 1420. It develops in two parts. The lower one is centered by two bishops, in fresco with the standards of Austria and the Tyrol. The upper part has a balcony with reliefs depicting scenes from the dance of the Moorish and scenes from the daily life of the court of Maximilian I.

It was built at the behest of Ferdinand II with a museum inside. The collection can be seen hall of arms, in the Chamber of Art and in the Hall of Antiquities. Inside on the three floors there are frescoes of the Habsburg family, exposed about 200 portraits of great artists. Important is the "Collection of artistic glasses Strasser", one of the most important collections in the world of precious glasses from the Renaissance to the Baroque. Sometimes it also hosts temporary exhibitions. 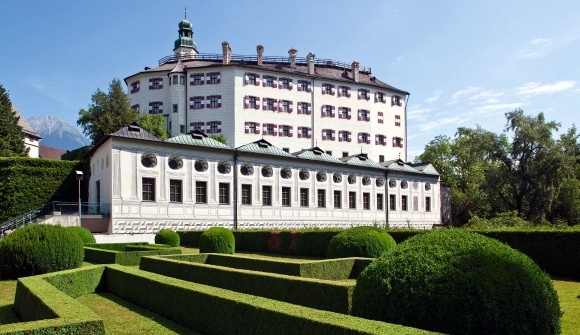 It is a Gothic church built at the behest of the emperor in memory of his grandfather. It was built with a cenotaph and some bronze statues surrounding it. The sarcophagus is decorated with 24 marble reliefs illustrating scenes of his life, on the sides there are 28 statues representing friends or relatives. 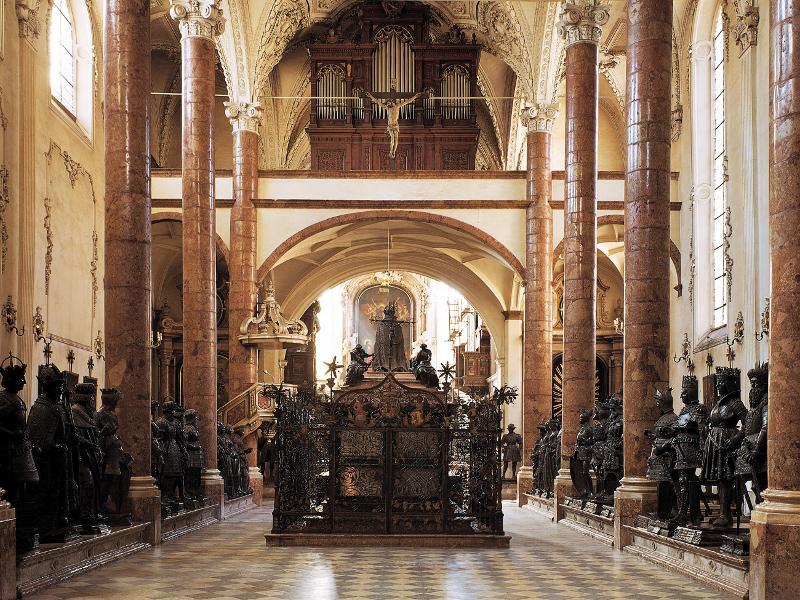 At the entrance is an alpine giant with shining eyes and crystal clear water coming out of its mouth. A show and a fantasy world. There are so many environments like the rooms of wonders with a crystal tree, the archaic world of Eden, which tells the story of Swarovski. For the children there are new things that they entertain, while the adults can see the fanatical works of art and design objects. Such as the Crystal Cloud in the center of the garden which is made with more than 600 thousand Swarovski crystals mounted by hand and floating on the black mirrored basin. 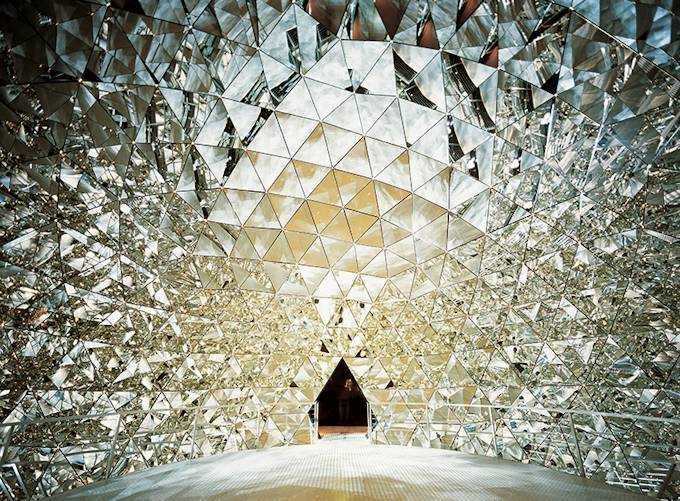 In the past there were about 56 mills in the village but with the change of agriculture they were forgotten. And so, six of these have been preserved that make up an outdoor museum. The buildings date back 300 years. There is also a water park for children and a small pond. In summer we also celebrate the festival of the mills where they put it into operation, grind wheat and prepare local dishes and bread.

It houses 14 farms from all the valleys of the Tyrol. These are testimonies of something long gone. Very interesting are the sawmill buildings, the mill, the forge, the threshing floor and the two chapels. But the school also revives old memories. We organize many parties, events, exhibitions, guided tours, crafts or children's parties. 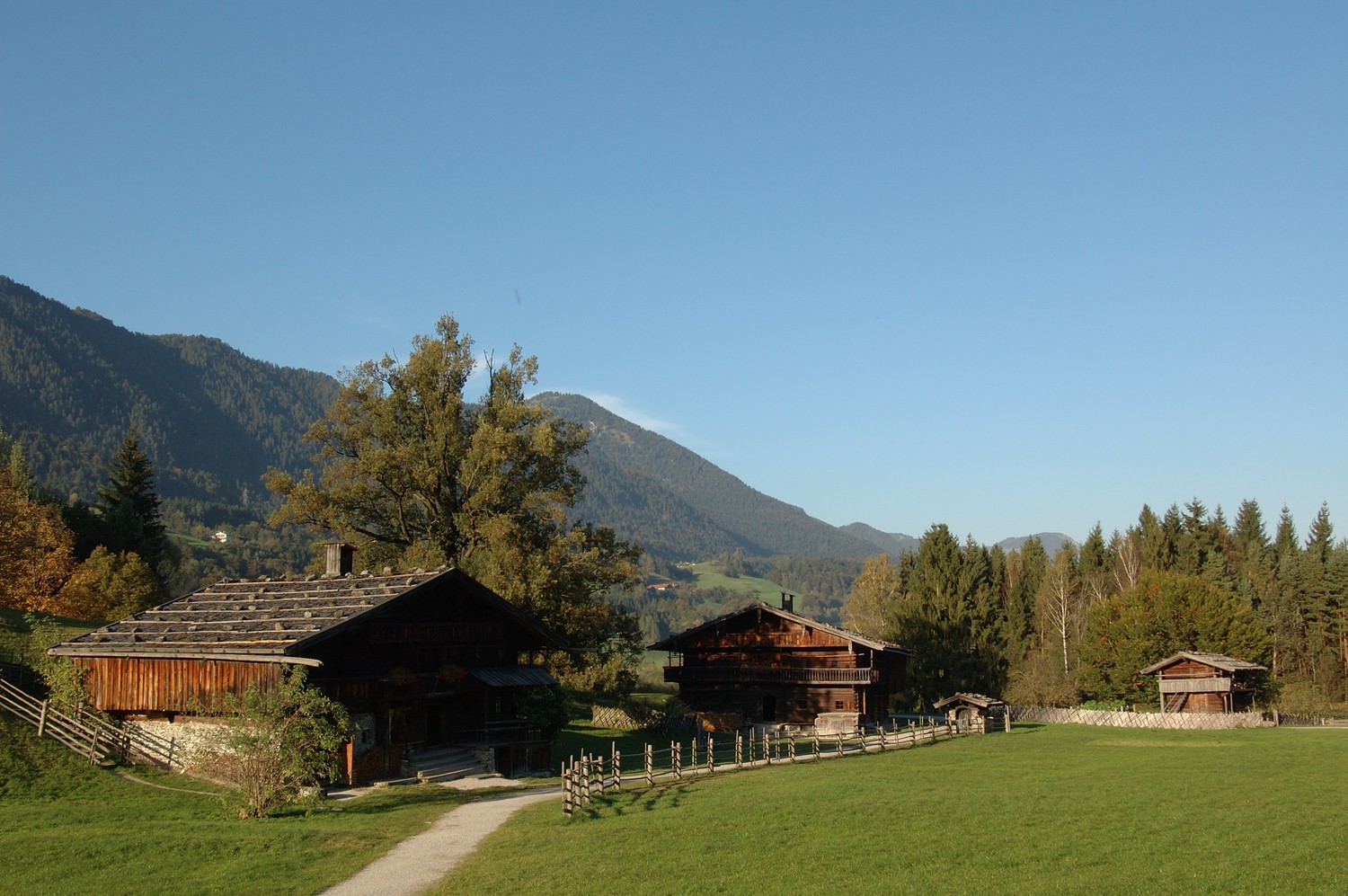 It was built in the 13th century by the Counts Görzer, as their residence. The rooms house the city museum of Lienz and therefore the largest public collection of works by the famous painter Albin Egger-Lienz. The heart of the castle is the Romanesque chapel frescoed with bright colors. 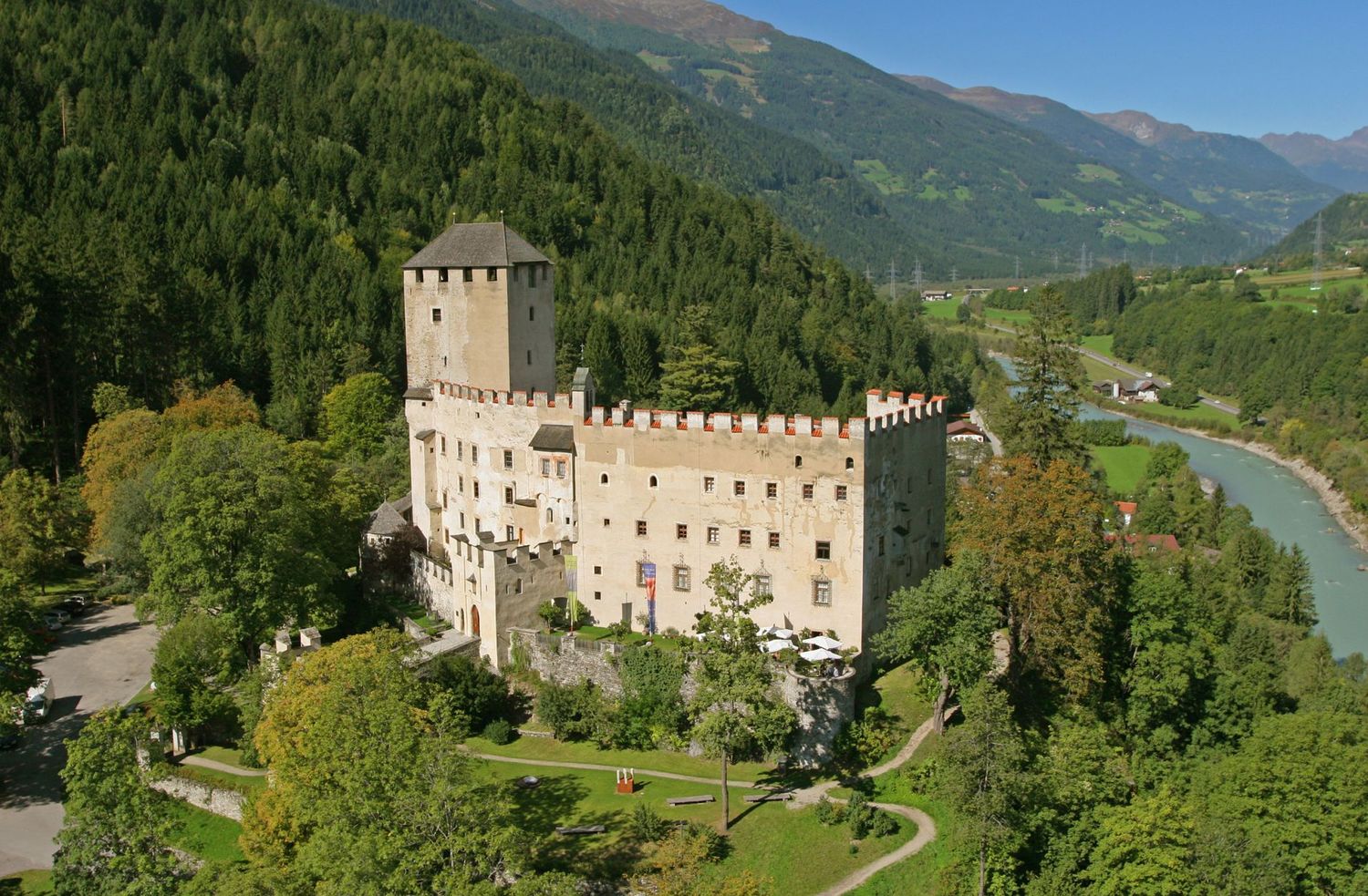 Here visitors can experience over 500 years of coin history, take a step back in history and discover some secrets about coins. Inside there are machines for minting rare and precious coins. Visitors can thus prove their talent to coin. You can also admire the construction of the first minting press. For the younger ones there is even a guided tour for children with quizzes.