The historical monuments in Reggio Calabria

It is one of the main historical symbols of the city of Reggio. It has ancient origins but it was the Emperor Justinian who created a fortified center. It was later enlarged by Frederick II of Swabia and fortified again by Queen Joanna I in 1381. In Spanish times the king added two towers. In 1860 it was conquered by Garibaldi. After a fire and still today only two towers remain, including the fortification.

It originated in the 11th century by the Normans who began the construction work after the conquest. It suffered several looting by the Turks who set it on fire twice. It was then embellished and rebuilt and the bishop also placed a commemorative plaque. Due to an earthquake, it was devastated by a fire and eventually rebuilt in liberty style. It has a basilical plan with three naves divided by intersected columns ending with apses separated by arches resting on the pillars. The central part has a rose window with floral decorations.

It is one of the ancient sixteenth-century watch towers. It is so called for a popular abbreviation from the Latin "caput valli" (head of defense). Still others want the denomination to derive from a legendary horse statue in defense of Sicily and the Strait, but this is not reliable. It was built in 1559, and was a fortress of defense. It was also used for the sighting of swordfish for fishing.

The monument was inaugurated in May 1930. It is composed of a rostrated column, with a bronze statue at the tip that reinforces the winged victory and has in the right hand a sword and in the left hand the palm of martyrdom. The two bronze statues represent an ancient warrior who holds a striking shield in his hand, and then a foot soldier with a rifle and a hand grenade over a cannon. 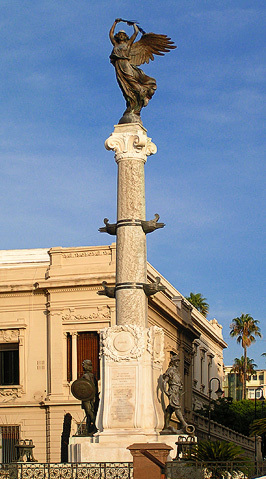 Church of the Optimates

Built in the 10th century, it took its name from the ancient crypt of the Ottimati which was built as a support structure for the Norman church. It is now run by the adjacent Jesuit college. The original church had a quadrangular layout, the three vaults were covered by five small domes in Byzantine style. The optimates were a congregation of nobles founded by the Normans. The reconstruction of the present church ended in 1933. 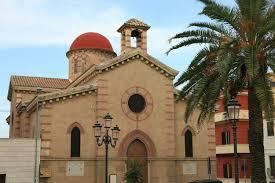 It has two floors. It is in liberty style. The main facade consists of a series of round arched windows. Above the cornice there is a clock, a bell and other decorative elements. It includes 250 paintings by artists from the period between the first half of the 19th century and the first half of the 20th century by Calabrese artists. On the first floor they have pilasters with capitals, coats of arms and friezes.

It is a theater of modern construction, in imitation of the Greek one. The property offers a view of the Strait of Messina. The theater has two large ramps on the sides that allow you to reach the erena. The bronze statue in the center represents Athena Promachos, the goddess Athena in defense of the city. This was dedicated to Senator Ciccio Franco. The theater is often used as a venue for important city events, musical, theatrical and cinematographic events.

They are two bronze statues of Greek origin from the fifth century BC. They are considered among the most significant sculptural masterpieces of Greek art, and testimony of the great master sculptors of the classical age. The Bronzes can be found at the National Museum of Reggio Calabria. Bronze A appears more nervous and vital, while bronze B seems more calm and relaxed.

It is a small Byzantine church with a square plan. It is a testimony of oriental art. Inside four columns divide the space into nine parts. On one side there are three apses. The exterior is almost devoid of decorations, apart from the small domes. The frescoes on all the walls are uneven and not integral and are absent on the ceiling. On the left apse there is a bell depicting the Madonna with Child, crosses and then an inscription. 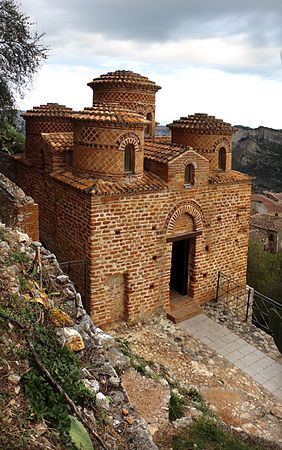 it was a colony of Magna Graecia, whose remains rise in the province of Reggio Calabria. According to tradition, the name of the city derives from the name of its founder, Caulon. The sanctuary is composed of a Doric temple built with sandstone, bronze laurel leaves indicate a cult dedicated to Apollo. The dragon's house is the name to indicate the remains of a house in which a floor mosaic representing a sea dragon was found. This decorated the threshold of the house. It is the oldest mosaic in Calabria and one of the greatest mosaic works of the Hellenistic period. 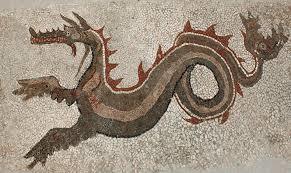 Whose original plant dates back to the first century AD is that of an important restructuring of the fourth century. The villa was discovered in 1963. It probably stood on the ancient road linking Locri Epizefiri and Rhegion. A thermal complex has been discovered, mosaics, depicting a marine thiasos with four female figures riding a lion, a horse and a tiger with a fish tail. Upstream is a monumental nymphaeum with cisterns. 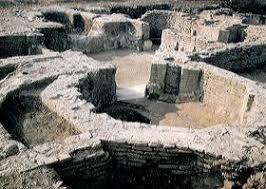