The historical monuments in Perugia

It was built between 1540 and 1543 at the behest of Pope Paul III and symbolized the pontifical power of the city. The fortress was finally demolished in the decades following the annexation to the Kingdom of Italy, offering the space for the construction of many buildings. Today its large and unique spaces are used for different cultural events. The fortress consisted of three parts: the Papal Palace, the Corridor and the Tenaglia facing the countryside. The Pauline fortress is famous for one of the most famous poems by Giosuè Carducci entitled "Il canto dell'amore."

It is one of the best examples of a public building of the communal age in Italy. It was built in Gothic style between 1293 and 1443. The oldest part is that of the Sala dei Notari. After 1860 it was enlarged and restored to its original structure. The facade has a fan-shaped staircase. The portal is flanked by two three-light windows. The Maggiore portal while it has many sculptural statues. On the framing of the door and in the archivolt are bas-reliefs with Scenes from the city's life.

It was designed between 1275 and 1277 to celebrate the arrival of water in the city. In 1348 it was damaged due to the earthquake but then it was restored. It was made of Assisi stone. The fountain has many decorations like 50 in the bas-reliefs and 24 statues that adorn the tanks. In the lower basin are represented the months of the year with the zodiacal signs, scenes of daily life, feudal culture, liberal arts, characters from the Bible and Roman history.

The well dates back to the second half of the 3rd century BC C. and was conceived as a cistern. In the cavity of the well you can admire the wooden beams used as a roof, the walls are large original square blocks where alphabet signs are legible. The same cover is attested in an Etruscan cistern always explored in Perugia. In 1996 it was emptied of water to be detected and photographed. The ownership of the structure is private.

It was built in the second half of the 3rd century BC and restored by Augustus in 40 BC after the war in Perugia. It represents the most integral and monumental of the Etruscan city gates. It has a facade with a single arch and two trapezoidal towers. Above the arch is a frieze decorated with metopes.

Construction work began in 1345 and was completed in 1340. In 1569 it was officially consecrated. The external decoration of geometric shapes in diamonds of pink and white marble. It was only completed in the 18th century with stucco and marble paintings. The interior has a Latin cross plan and is divided into three naves by octagonal pillars. The vaults are decorated with eighteenth-century frescoes and stuccoes.

The basilica was built around 996 above the previous cathedral, the first bishopric of Perugia. The door introduces a monumental façade with three arches. The entrance to the church is on the left side of the cloister. Inside, the upper part of the church is decorated with canvases painted with scenes from the Old and New Testament. The central nave has a wooden coffered ceiling. It has two cloisters. 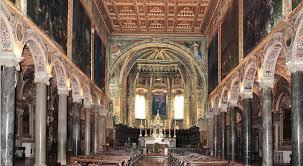 It was built on the remains of a pagan temple dedicated to Juno and Vesta. The church is divided into two parts: on one side the priory palace, on the other the canons' palace. The ceiling consists of a cross vault. The interior has many baroque elements including an altar. In ancient times it owned many chapels.

Its origins are connected with the birth of the drawing academy which gathered a first part of drawings and drawings. In 1863 a civic art gallery was established. In 1918 it took the name of Regia tunnel Vannucci. The works are exhibited in forty rooms on two floors of the building. There are over 3,000 paintings, sculptures, ceramics, textiles and watch shops to witness the seven centuries of Italian history and culture.

The oratory was completed in 1452 in honor of Bernardino who often went to the city in front of the Franciscan basilica. The facade is framed by two side pillars, which support a pediment. The interior has a cross vault over a single nave divided into three bays. The high altar is built with an early Christian sarcophagus where Beato Egidio was buried.

It is an Etruscan underground tomb dating back to the second half of the 2nd century BC. It was the tomb of the Arunte Volumnio family. The tomb was used until the first century. The tomb can be reached through a stepped corridor below the surface where the underground entrance door is located. From here you can access four side rooms and three central rooms. The ceiling of the hypogeum is in the form of a sloping roof.

It is dedicated to the Archangel Michael. In 1948 it was restored by discovering ancient frescoes and reopening the twelve windows of the central drum, and also remaking the roofs and floors. It has a central plan structure that develops on two concentric areas. Consisting of sixteen Corinthian columns. The ceiling is in beams, in Gothic style. 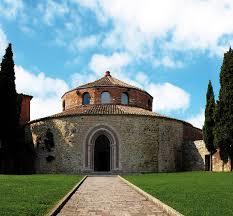