It was built between 1613 and 1615 by the archbishop. It is famous for its water games, which attract many tourists in the summer season. Around the castle there are numerous fountains. In the garden there is also an artificial cave, used for playing with water. In the palace the water is also used to move numerous wooden figures, creating scenes that depict the work or jokes of men and women of the time. 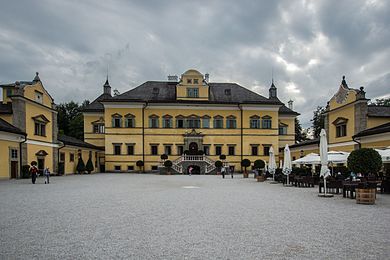 It marks three vast squares. It is an imposing monumental building dating back to the Baroque style. It was destroyed by various fires, then rebuilt and enlarged. In 1944 an aerial bombardment destroyed the dome and a part of the altar then was again consecrated in 1959. The Cathedral Museum houses other masterpieces dating back to 1300 years of ecclesiastical history. 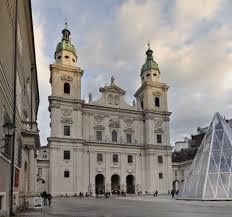 In 1077 the Archbishop of Salzburg began the construction of a tower, only between the twelfth and thirteenth centuries the fortress took on its present appearance. Today it is the symbol of the city and is used for tourism purposes. It is made up of many buildings and courtyards and the rooms of the archbishop prince are upstairs. The ceiling of the chapel is decorated with a richly ornamented vault of stars. On the tympanum is the coat of arms of Salzburg. The golden hall was not only used for parties but also as a residence. The stube is the most luxuriously furnished building, the walls are occupied by golden benches covered with cloth or leather. The bedroom is made of wood. 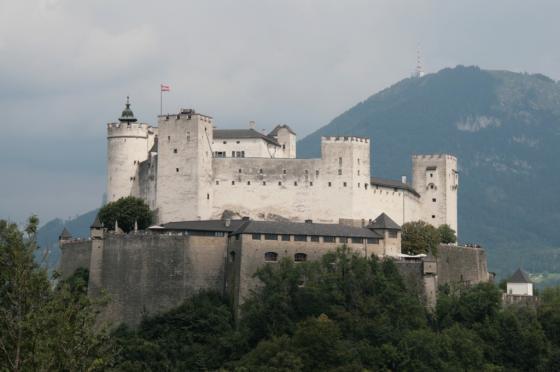 It was built by 1606. In 1818 it was destroyed by a fire but then it was rebuilt in a neoclassical style. We find the Marble Room is one of the relevant rooms inside the castle, clad in marble and the walls instead with frescoes in marble motifs. There is also the palatine chapel which was destroyed but then rebuilt. Another attraction is the French garden with an octagonal fountain in the center. 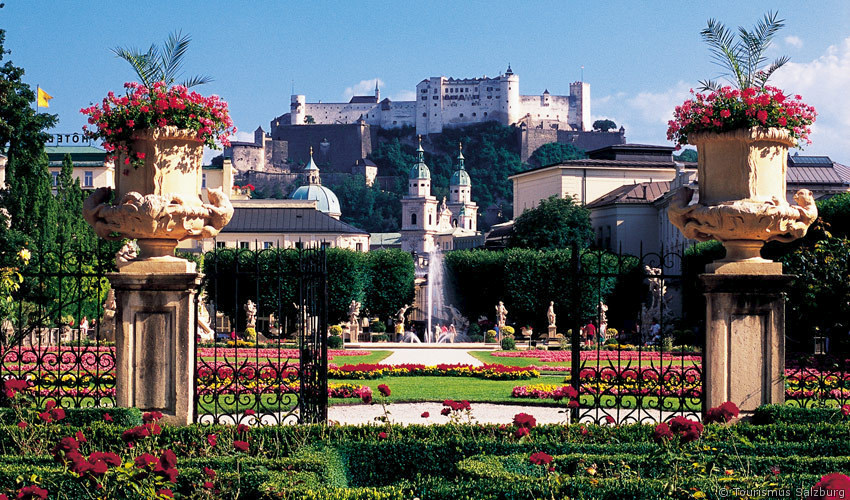 It is the building where Mozart lived with his family. Since 1880 it has become a museum. On display are the Mozart violin used as a child, the concert violin, the clavichord, the hammer piano but also portraits and letters of the Mozart family. The history of receiving Mozart's works is illustrated in numerous dioramas. Every year thousands of visitors come from all over the world. 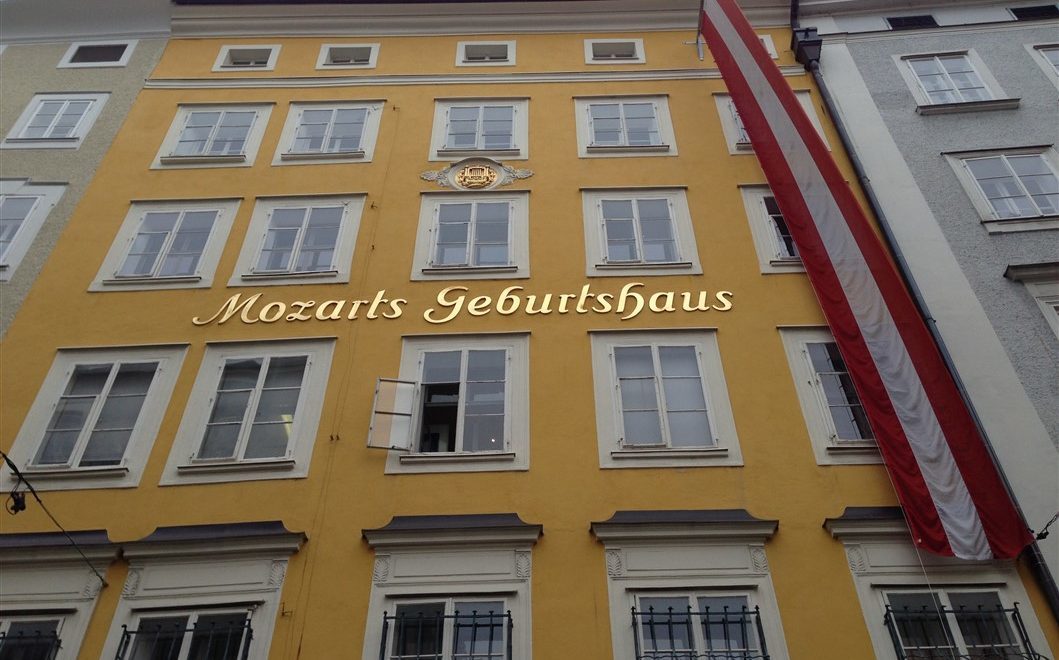 It is a large monastery that develops around three courtyards. It was founded in 696. It has a basilical plan and is dedicated to St. Peter. Later the bell tower was erected, covered with copper plates. The walls of the transept and the internal drum are full of frescoes. It houses the oldest library in Austria. There are volumes about Benedictine monasticism, the history of the medieval church, the history of art and of Salzburg, etc. 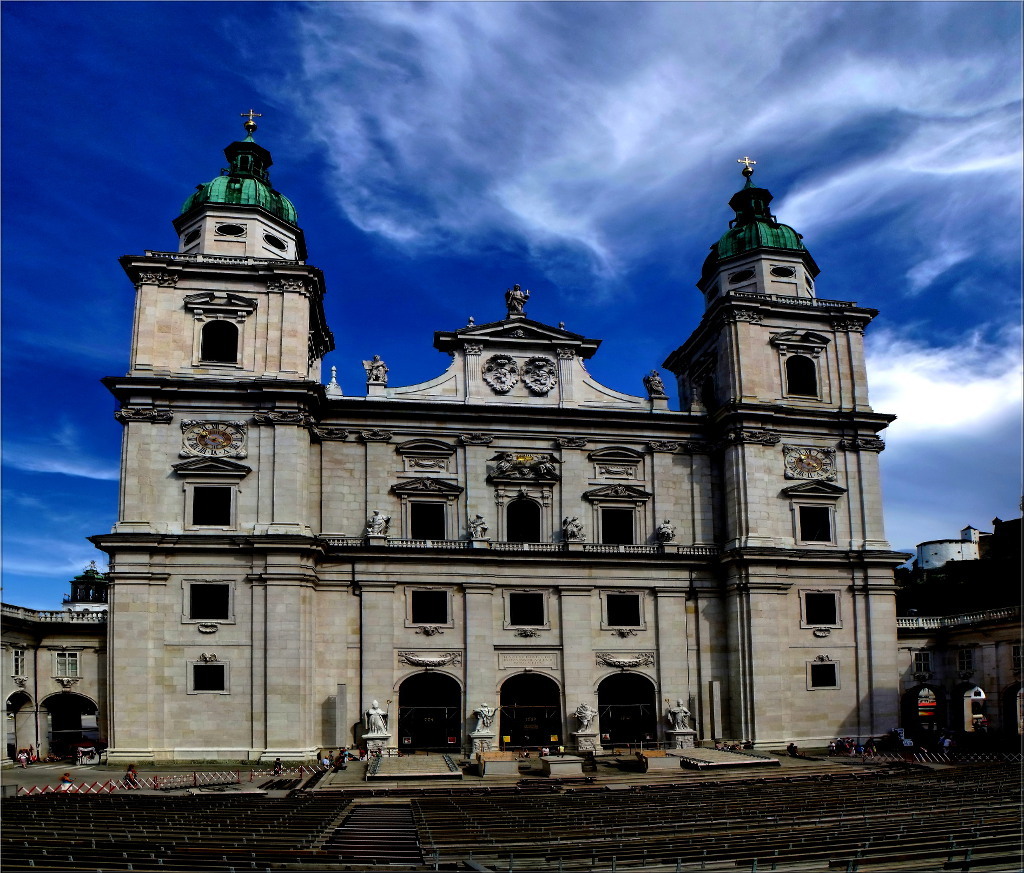 It is a Benedictine abbey. It was founded in 714. It is the oldest monastery of German-speaking nations. It was partially destroyed by a fire but then rebuilt, expanding it with the addition of three side chapels. In 1880 it was definitively rebuilt in Baroque style. 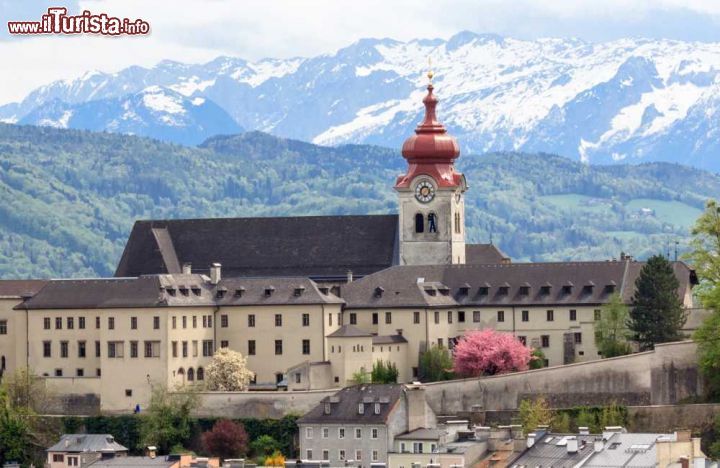 It is the building where the archbishop princes resided and governed. It has a baroque style, whose coats of arms overlook the marble entrance of the residence. It was a representation of the whole story. Napoleon III was welcomed by Emperor Franz Joseph in 1867, and for over thirty years he hosted Queen Carolina Augusta. The Mozart brothers performed in this building, and it is still the venue for concerts today. The council chamber was the residence of Mozart for six years who made his first concert. 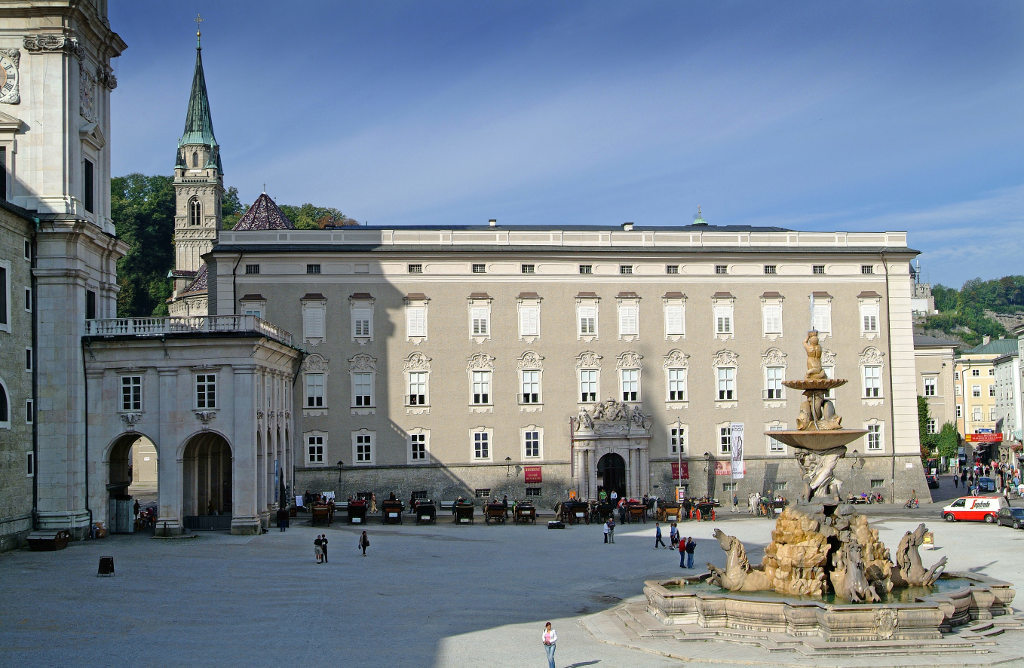 It is located in the basement of the princes of the Hohensalzburg fortress. You can admire numerous historical puppets of the famous Salzburg theater. Some puppets can also be purchased in the museum. You can also admire Papageno and Papagena from the Mozart opera "The Magic Flute". You can also try playing with puppets. Many tourists enjoy these shows. 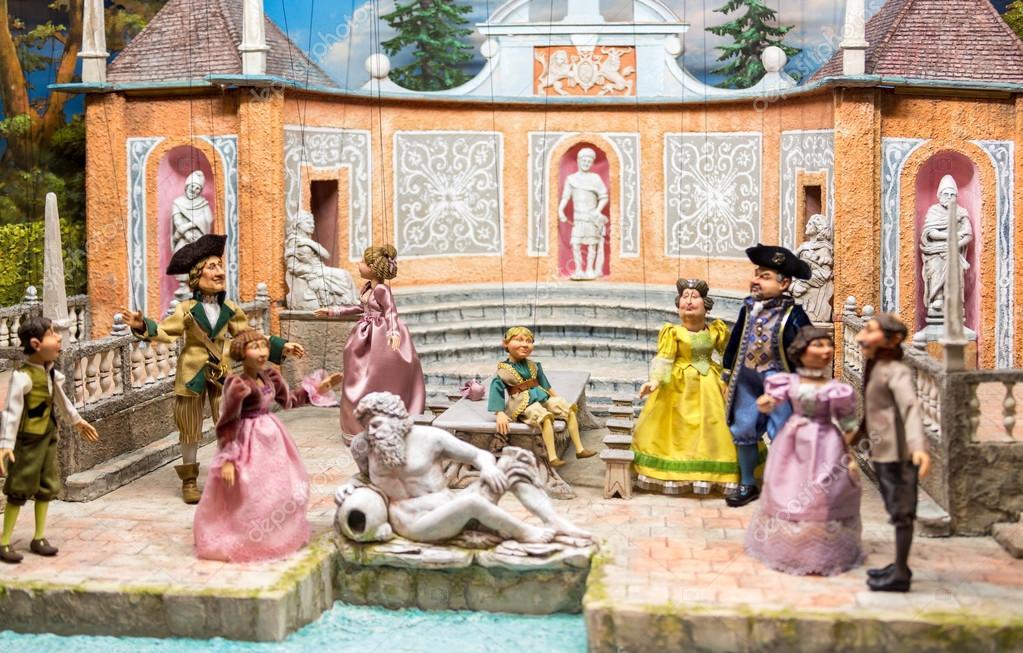