The main landmark of Lille is the "large square", Grand'Place, also known as the Place du Général de Gaulle. This is a meeting place for the inhabitants of the city and the tourists who are discovering the cities of north-eastern France. In the center you find the statue in memory of the Austrian siege.In this square is one of the most beautiful and symbolic buildings in Lille, the old Stock Exchange, an extensive ocher-colored building on a red background, in the center of which stands a small red pinnacle that supports the statue of Mercury. 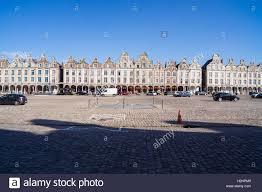 One of the most important museums in the whole of France is the Museum of Fine Arts of Lille. It is located in Piazza della Repubblica, housed in a very large white building built in the 19th century. The artistic collection that you will find is of an extraordinary rarity and will give you one of the most fascinating visits of Lille.
In the lower floors there are works dating back to ancient civilizations, such as the Greek and Egyptian statues. Moreover, just to give you a taste of the works of modern and contemporary art, in this museum you will admire the products of the geniuses of Pieter Bruegel and Rembrandt; to then arrive at the tables of Eugène Delacroix; for lovers of nineteenth and twentieth century art, don't miss the works of Édouard Manet and Claude Monet. Resisting is impossible.

We cannot fail to mention a fundamental place for the Christian religion and of historical and artistic interest for all: the cathedral of Notre Dame de la Treille. It has a singular history. The first project of 1853 was majestic and would have given Lille a religious structure among the largest in the city. However, it was not built and continued with another project of no lesser importance and that was completed only in the nineties, with the realization of the façade (in fact we note the difference in style between the latter and other areas of the church, internal and external).The bell tower of the cathedral of Lille is dedicated to Saint Nicolas and did not belong to the original project: it was built in a very short time (according to the documents, in less than a month) and several years later it was chosen as the cardinal bell tower of the structure. Always outside, carefully observe the great door dedicated to St. Joseph, depicting the entire genealogy of Jesus Christ, as described in the Gospel of Matthew. 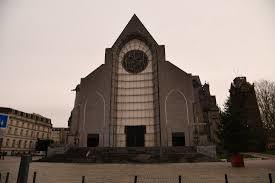 In addition to the cathedral, Lille is another central location for the Catholic religion. This is the church of San Maurizio. It is a splendor in the eyes of the visitor, a unique beauty that a single glance at the external façade will leave you astonished. The church is a masterful example of the Gothic of the fourteenth century, considering, however, that some of its parts such as the tower were built in later periods. Inside, walking among the tall and solid columns and admiring the works that adorned the church after the French Revolution. The ancient and more modern frescoes are very beautiful: in particular, the altar of Saint Barbara. 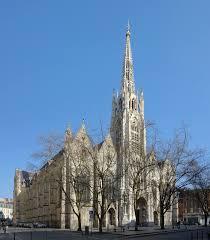 The citadel of Lille

But Lille is not just museums and churches. Visit the gem of the heart of the city, its citadel. This architectural complex was built between 1667 and 1670 on the way to the conquest of the city by the King of France Louis XIV. located in one of the most beautiful parks in the city. The building extends over a pentagonal base, which can be visited through guided tours because it is one of the areas guarded by the French army.The citadel seems to be built on an island due to the fact that the waters of the river surround it almost to detach it from the rest of the mainland. The park that embraces it contains the Lille Zoo and the Les Poussins amusement park, two of the boys' favorite attractions. But there are still many glimpses and monuments to discover in Lille, for travelers who have at least a few days to visit the city a little deeper.

The Galerie du Vitrail by the master glassmaker Claude Barre (in the rue Victor Hugo, one step away from the Cathedral) where it is possible to see the manufacturing process of a stained glass window inside the laboratory and admire the collection with stained glass windows of churches from the XI to the XX participating in the 45 'guided tour, the gallery is open to all. 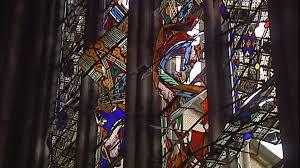 The castle of Chantilly

The castle of Chantilly is located in the town of the same name in northern France. Owned by the powerful Montmorency family, the castle became particularly famous at the time of the reign of Louis XIV of France for being the official residence of the princes of Condé, headed by Louis, the Grand Condé, one of the key figures of the Fronde period . Around the castle you can enjoy the view of a huge French garden, partly of French style and partly of English. There is also a ditch full of water frequented by numerous birds.

The Cathedral of Our Lady is the main place of Catholic worship in the French city of Amiens, in Picardy.
The cathedral, with its more than 7000 m² surface, is the largest of the French cathedrals. Its structure and above all its sculptural apparatus constitute a harmonious whole, faithful to the canons of classical Gothic defined in Chartres, but also revolutionary for its conception based on grandeur. In 1854 it was awarded the title of minor basilica. Since 1862 it has been a historical monument of France and since 1981 it has been included in the list of World Heritage Sites 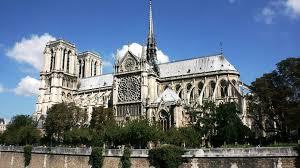