Strasbourg Cathedral The Cathedral of Our Lady of Strasbourg is one of the most famous churches in France. With a height of 142 meters, it has long been a benchmark for the tallest buildings in the world. It is a historic monument of France since 1862. It was the main Protestant temple in Strasbourg from 1525 to 1689, the year in which the city's evangelicals were forced by Louis XIV to cede the building to Roman Catholics. As a Catholic cathedral it is named after the Madonna and is therefore called Notre-Dame de Strasbourg and Liebfrauenmünster respectively in French and German. 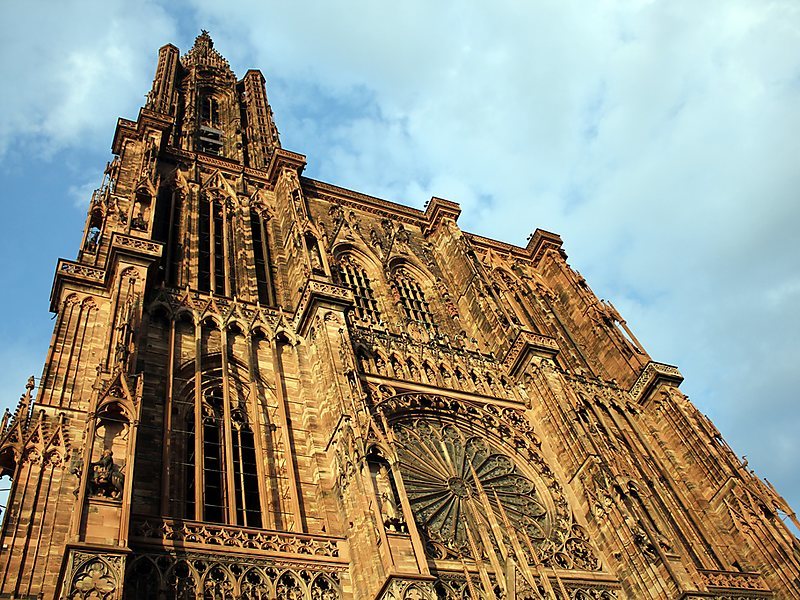 The Ponts Couverts are a group of three bridges and four towers that constitute a defensive work erected in the thirteenth century on the river Ill in the city of Strasbourg in France. The three bridges cross the four canals, formed by the river Ill, which run through the historic Petite France district. The Ponts Couverts have been classified Monument historique since 1928. The construction of the Ponts Couverts began in 1230, and the work was opened in 1250. As a defense tool, they were replaced by the Barrage Vauban, slightly upstream, in 1690, but they are remained in use as bridges. As soon as it was built, each of the bridges was covered by a wooden roof that served to protect the defenders who were to guard it in time of war. These roofs were removed in 1784, but the name Ponts Couverts has remained in common use ever since. 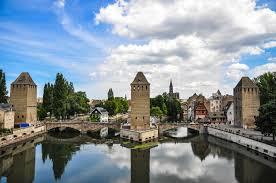 The Palace of the Rohans

The Palace of the Rohans is located in the center of Strasbourg, France, next to the Cathedral and its museum, the Musée de l'leuvre Notre-Dame. A monumental portal, with a triumphal arch, surmounted by statues representing the Clemency and the Religion, enters the court of honor; the administrative and management buildings of the building overlook, on the left and the right, the court. The main body of the building is on two floors: the ground floor was reserved for the bishop, and the upper one for his servants. The main façade has seventeen axes, which surround a central body with four columns inscribed and covered by a triangular pediment. To the west the symmetry of the complex is attenuated by a large library with a large shaped opening. The facade overlooking the courtyard is more intimate and animated by pillars. Two short elbow-like wings shelter the entrance vestibules. To the north, in front of the cathedral, the monumental columned portal opens between two sumptuous corner pavilions. 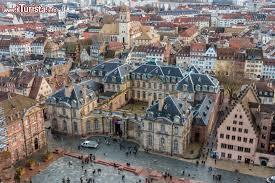 The Barrage Vauban, or Vauban Dam, is a covered bridge, barrier and defensive work erected in the seventeenth century on the Ill river in Strasbourg, present-day France.At the time it was known as a great écluse, even if it was not closed in the modern sense of the term.Today it is used to exhibit sculptures and has a panoramic rooftop terrace, overlooking the previous Ponts Couverts and the Petite France district.

The Collegiate Church of Saint Martin, in French Collégiale Saint-Martin, is the most important religious building in the city of Colmar, in the Alsace region of France. Named by its inhabitants, the Cathedral of Saint Martin, is one of the most important examples of the Gothic architecture of the region. The interior of the building has a Latin cross plan with a transept and an ambulatory chancel. The piedricroce is divided into three naves by poly-lobed pillars with leaning semi-columns that reach up to the cross vaults. 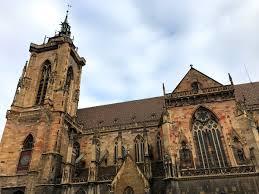 The Metropolitan Cathedral of Our Lady of Reims is the cathedral of Reims, one of the highest examples of Gothic art in Europe. In it took place the coronations of all the kings of France, starting from 987, when the Count of Paris Ugo Capeto, initiator of the Capetian dynasty, was crowned king of France until 1825, when the coronation of Carlo X. The building is based on a Latin cross plan, divided into three naves along the main body and the transept, while the choir and apse have a double series of aisles, crowned by five radial chapels; the central one, called axial, has a greater depth, obtained thanks to the addition of a span with respect to the general plant of the others, which highlights its visual and structural importance. 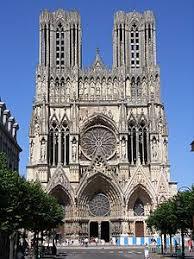 The Tau palace is a building located in Reims, France; it was the seat of the archbishop of the city and is associated with the kings of France, whose coronation was held in the nearby cathedral of Notre Dame. The palace of the Tau was the residence of the kings of France before being crowned in the nearby cathedral: occasion the king was dressed in the palace before the procession that would take him to the cathedral; after the ceremony, a banquet was held in the palace.
Since 1972, the Tau palace has housed the Musée de l'Œuvre, which contains statues and tapestries from the cathedral as well as numerous objects. 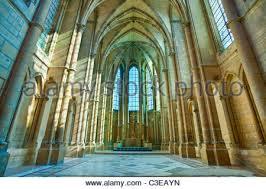 The abbey of Saint-Remi is an abbey that is located in Reims, France, founded around the year 1000. The building preserves the relics of Saint Remigio, bishop of the city, who converted the king of the Clovis Clans to Christianity I on Christmas day 496, after he had defeated the Alemanni in the battle of Tolbiac.Together with the cathedral of Reims and the palace of Tau, in 1991 it was included in the list of UNESCO World Heritage Sites. 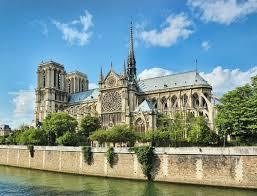 St. Stephen's Cathedral is the main church in Metz, France. Seat of the bishop of the ancient Diocese of Metz.It is one of the most beautiful and majestic works of Gothic architecture of French style. Impressive in size; its vaults with a height of 41.41 meters are after the cathedrals of Beauvais and Amiens the highest in France and among the largest in the world.It impresses with its stained glass windows, which cover an area of 6,500 square meters, representing the largest Gothic glassware in Europe. They also earned her the name Lanterne du Bon Dieu. From February 16, 1930 it was classified by the French government as a national monument and therefore included in the list of historical monuments of France. 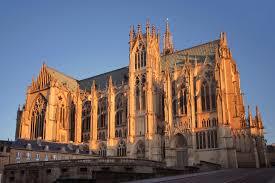