It was built between 1897/1898. It was built as an exhibition space to set up exhibitions of secessionist artists, and thus became a cultural center of that era. Above the portal there is a decoration of a frieze of golden leaves and female heads as a symbol. A great novelty is the dome composed of laurel leaves to symbolize Apollo in copper covered with gold lamile, in contrast with the white marble. 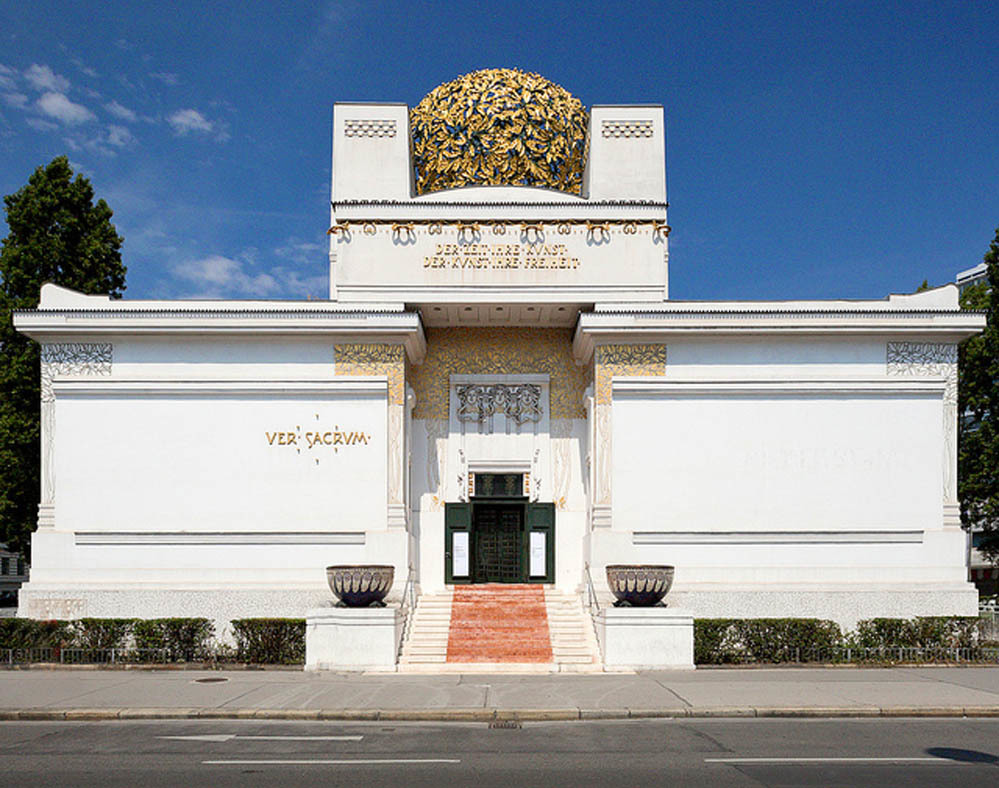 It is a memorial in Vienna commemorating the extermination of 65,000 Austrian Jewish citizens during the Shoa. It stands on the remains of a synagogue. In 2007, during his pastoral visit to Austria, Pope Benedict XVI commemorated the victims in front of him. All the places where the executions took place are inscribed on the monument. The structure represents a library where all the books are turned with the back inside to symbolize that the stories of all the victims could not be told. 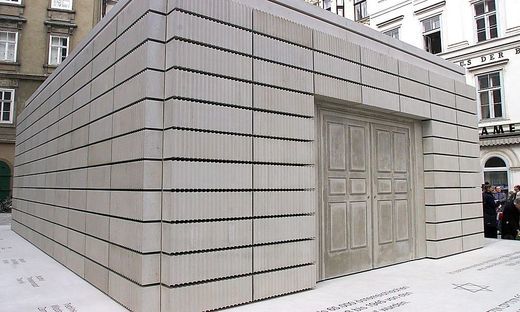 During the Second World War it was used as the headquarters of the Jewish agency for all those who escaped from the Nazis from Tieste and embarked towards the Americas or Palestine. Inside it collects silverware, furnishings and documents relating to the life of the Jewish Community of Trieste. The material comes from four synagogues and contains books, objects, fabrics and ritual objects that trace the four centuries of Trieste's Jewish history. A part of the museum also dedicated to remembering the deportees with the Shoa and contains personal objects taken at the start. 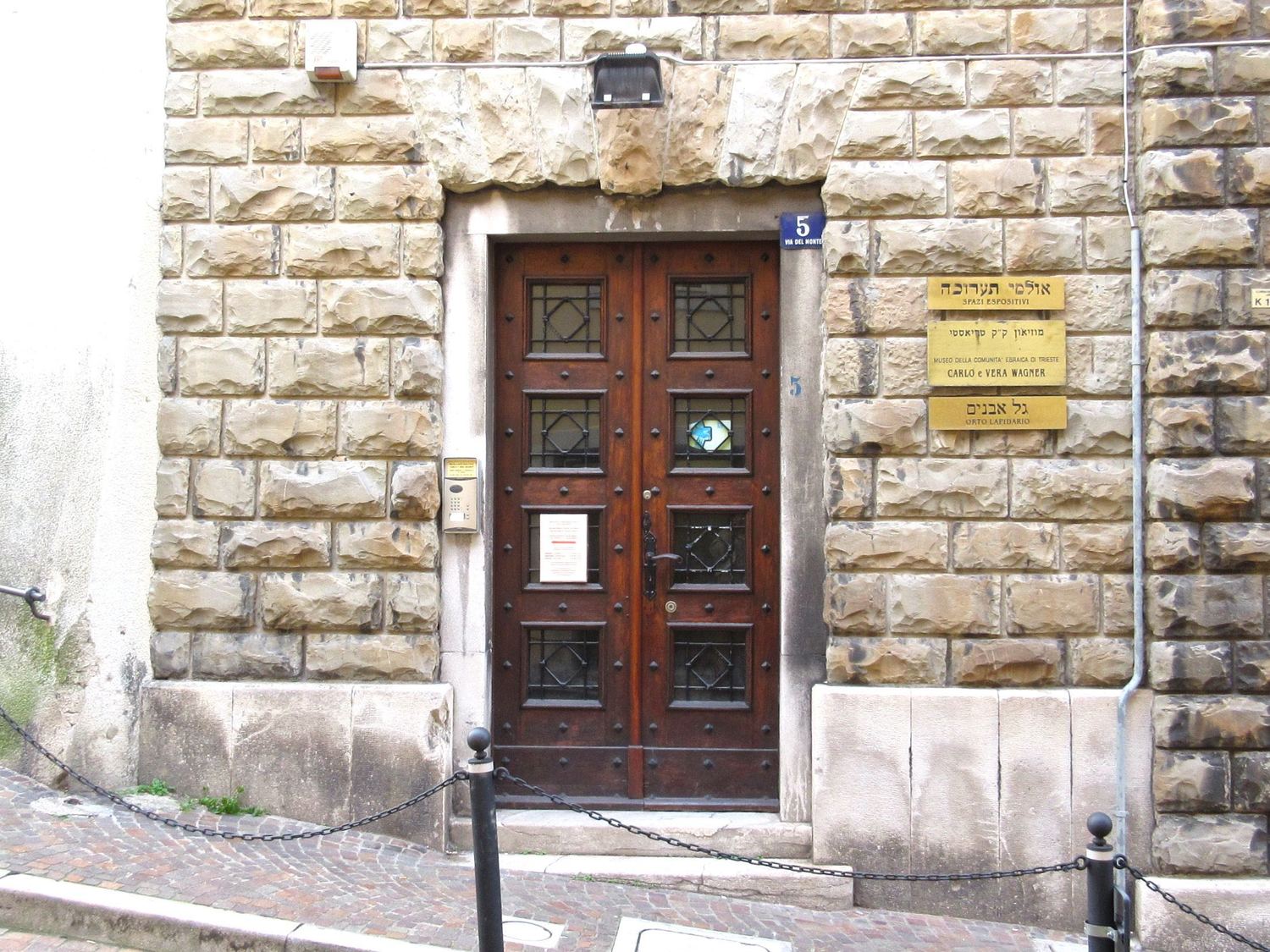 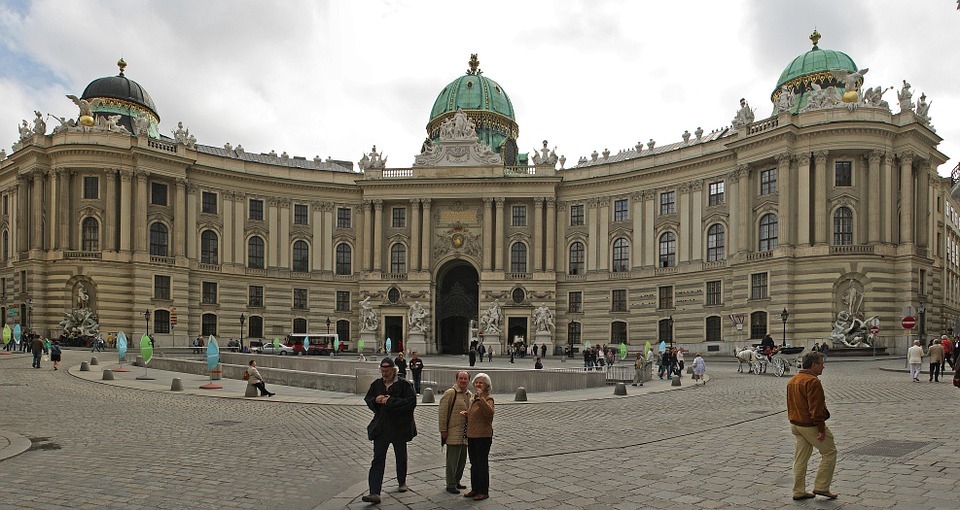 It is a complex of social housing built in 1986 and is located in the district of Landstrasse. The facades are painted in bright colors and decorated with colored ceramics to give joy to the most needy people of the place. These houses have become a tourist attraction and thousands of tourists arrive every year. Make this environment enjoyable fountains, decorative ceramics, bright colors. 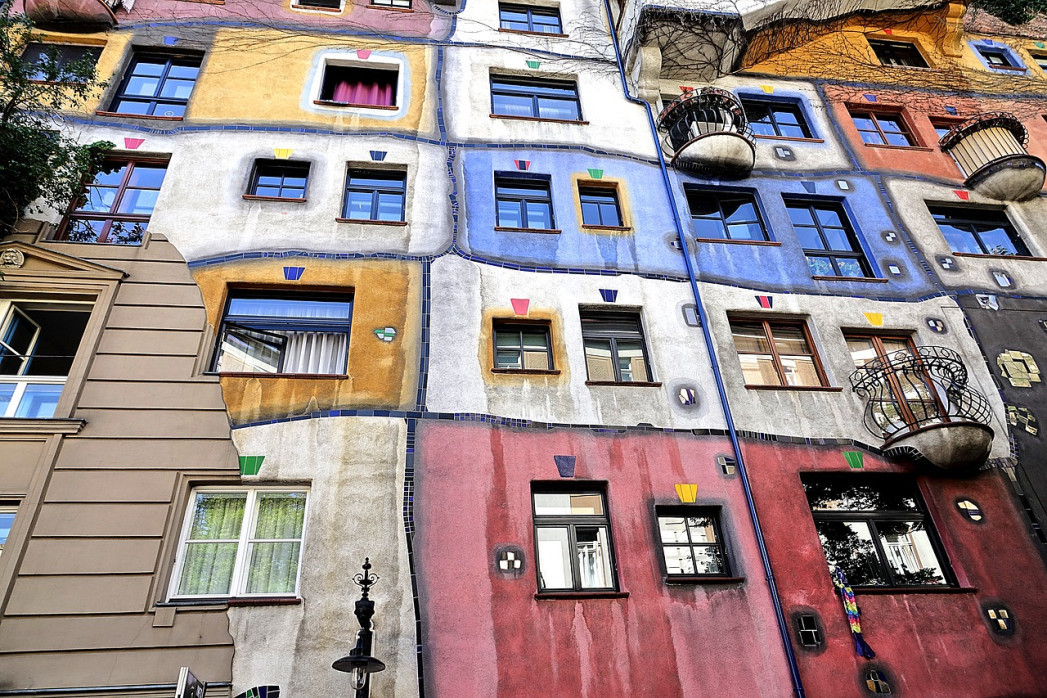 Includes one of the largest collections of modern Austrian art.  This was inaugurated in 2001. It contains the largest worldwide collection of works by Egon Schiele, but also Gustav Klimt, Richard Gesrtl. The founders Elizabeth and Rudolf Leopold acquired over 5,000 jobs. The historical context is illustrated by the major Austrian works of art of the 19th and 20th centuries. 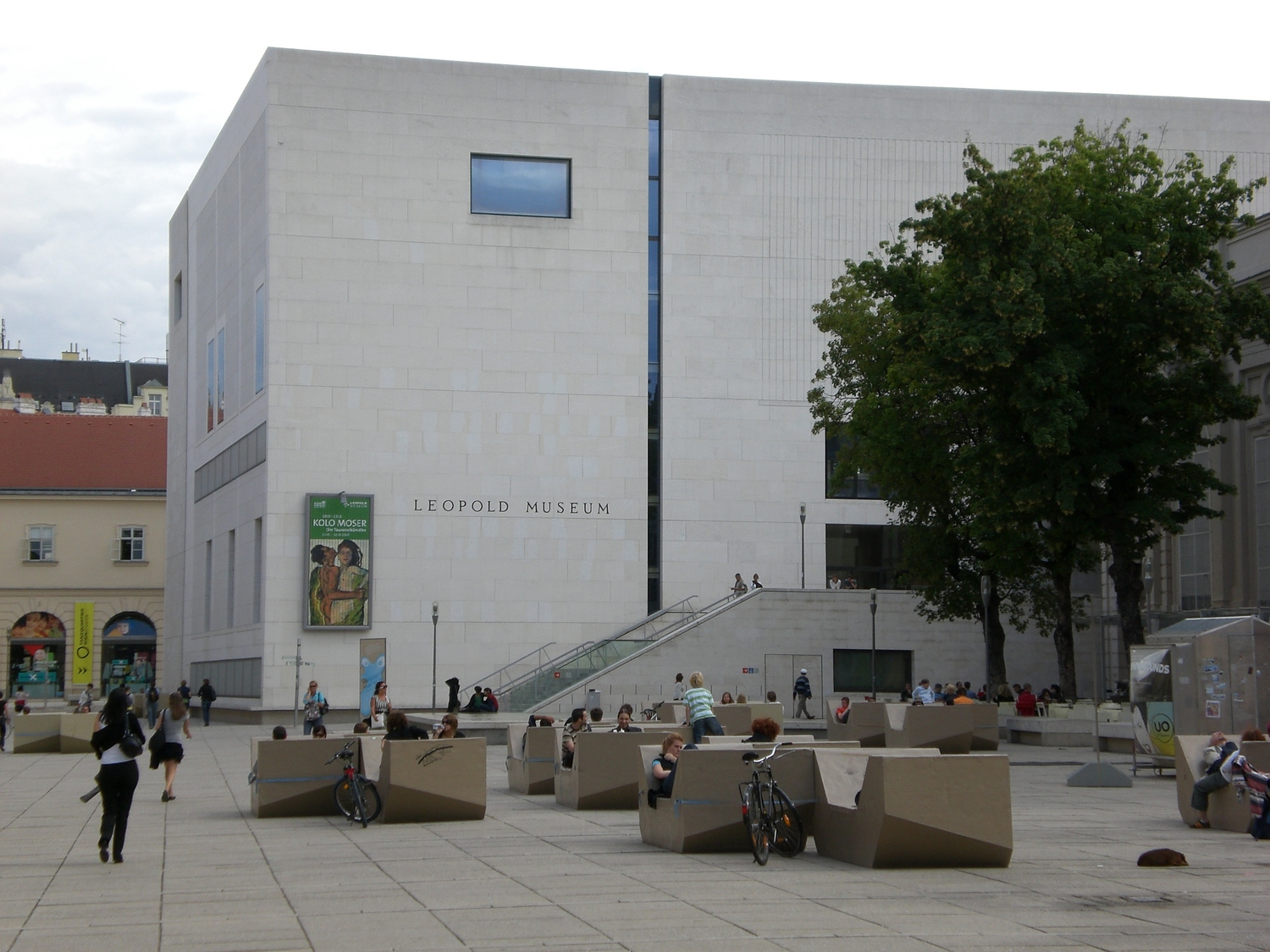 Tower on the Danube

It was created in 1964 on the occasion of the International Garden Exhibition and later became a tourist attraction. It is 253 meters high and is the tallest building in all of Vienna. The platform is sometimes used during the summer for bungee jumping. Above two restaurants offer the view of all Austria. It is also a private radio station and home to several radio broadcasting services. 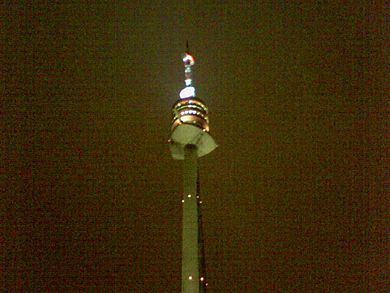 The Cathedral of Vienna

This building is a symbol of the city, so that the inhabitants call it "Steffl" from the end of the medieval spire which is higher and can be seen from every part of the city. It was built in 1147. It was of Romanesque design but only later took on a Gothic style. In 1945 it was destroyed by the Allies but only after three years it was restored. The external facade has the portal of the giant and the two tower of the pagans because they stand on the remains of a pagan temple. Inside, the altar is decorated with 72 paintings of saints and sculptural panels depicting scenes from the life of the Virgin Mary and Christ. 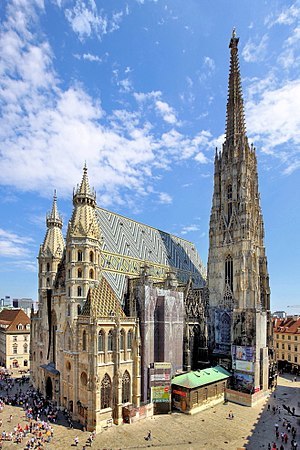 It was the seat of the imperial house of Habsburg from 1730 to 1918. The name of Schönbrunn was given by the emperor Mattia who, during a hunt in this area, discovered a very clear water source which he called schön (er) Brunn. The interiors were built not only as a family home but also for parties and ceremonies, a symbol of the prestige of the monarchy. It has hundreds of spaces and rooms, which the public can visit.

It is one of the masterpieces of Austrian baroque architecture and one of the most beautiful princely residences in Europe. Construction began in 1712 by Eugenio of Savoia. A chapel was also built. An important part is the French-style gardens maintained in Baroque style up to our days. During the Second World War it was destroyed but then it was restored. 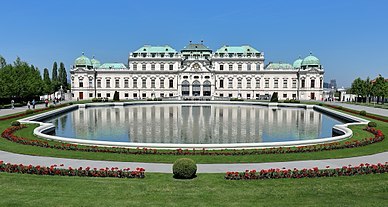 It is a public park among the largest and most famous in Vienna. Inside the amusement park with attractions is famous, among which the best known is the Ferris wheel Riesenrad. Thus there is also a museum and a planetarium. At one time this was a hunting park. Cafés and tea rooms were also built, and thus took on its present appearance. 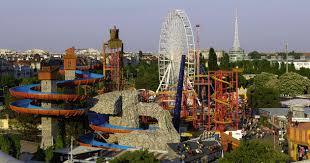 It is a large municipal park. Scattered throughout the park are statues of famous Viennese artists, writers, and composers. The gilded bronze monument of Johann Straub II is one of the most known and most frequently photographed monuments in Vienna. 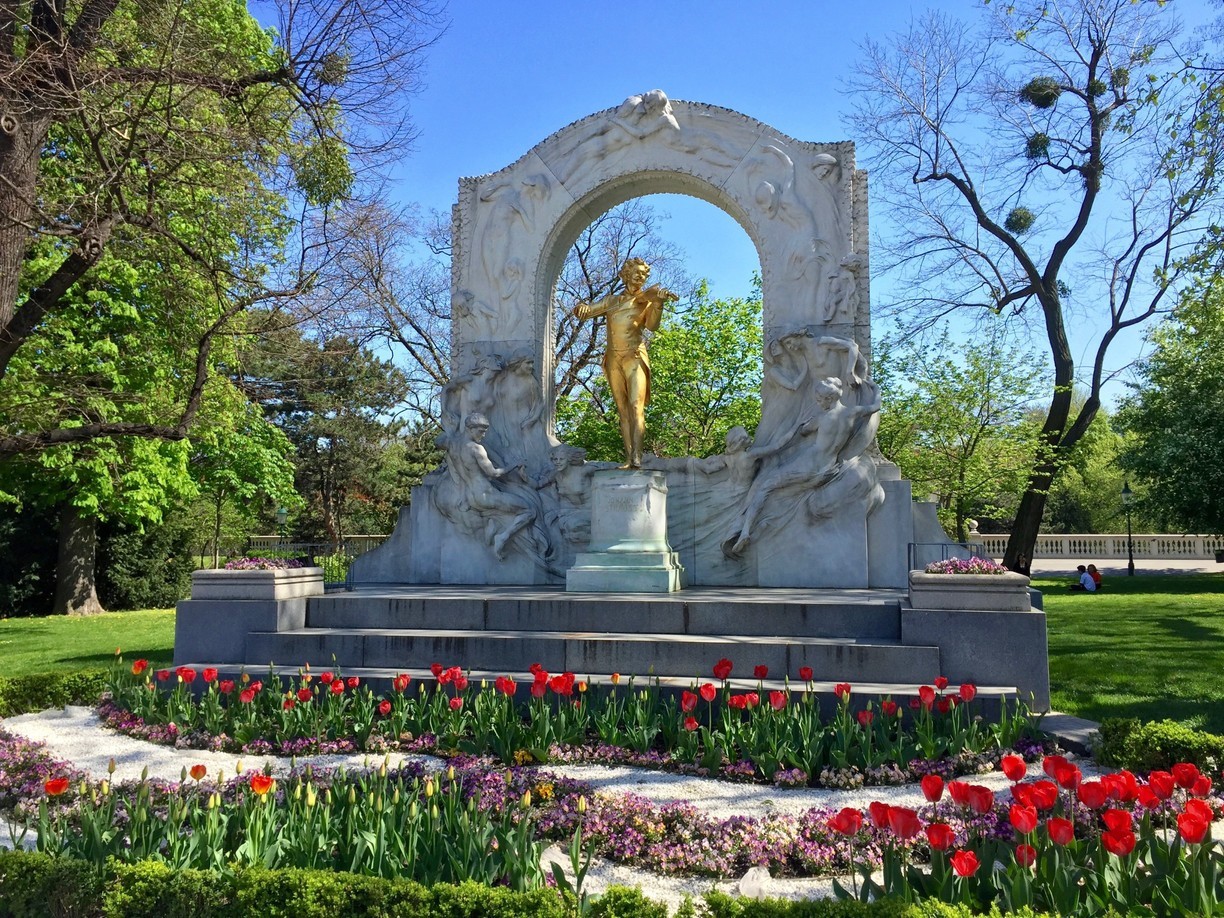 Since 1633 it has been the main burial site of the Habsburg dynasty. There are 142 bodies of aristocrats, 12 emperors, 18 empresses, the remains of 32 spouses and brides, even dead bodies at birth or at the age of 5 years. Still today some Capuchin friars continue their work as custodian. The Founders' Chapel is the oldest part of the crypt. The room is low, bright, without windows and there are two sarcophagi of the founding couple.

It was founded in the mid-fifteenth century by the Habsburgs as a court library until 1920. It has important collections of maps and globes, papyrus, artificial languages, musical scores and images. The collection of texts dates back to that of the Habsburgs and included Bohemian, French and Italian manuscripts. The building is in Baroque style. 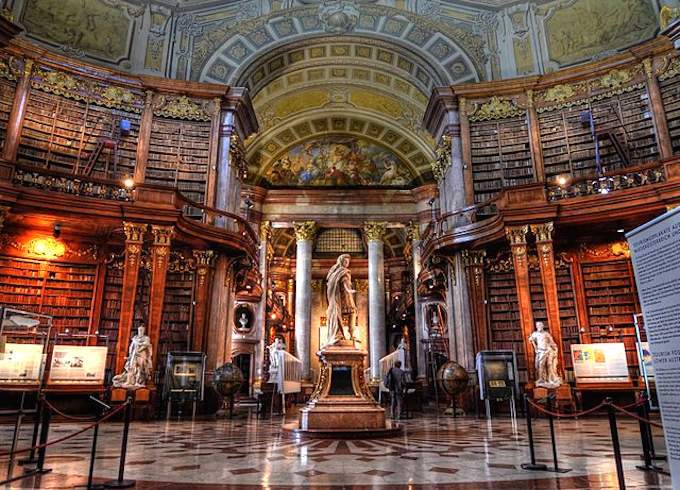 Mozart spent the happiest time of his life here and created some of his works. The environment is truly elegant, it has four bedrooms, two smaller ones and a kitchen. It was here that he composed some of his most important works, such as the wedding of Figaro, in fact the house is often also called Figarohaus.

It houses one of the largest collections of prints and drawings in the world that have come to an end due to a shipwreck. In 1921 it took the name of Albertina in honor of the Archduke Albert. In 1945 it was destroyed by aerial bombardments but later the renovation works began. 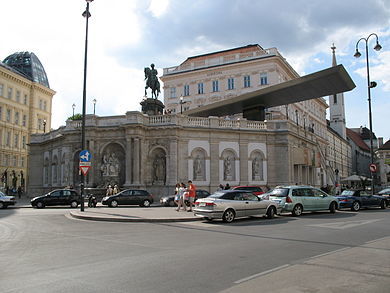 It is one of the oldest churches in Vienna built in 1219. It has the Romanesque style but baroque and neoclassical elements were added. Important is the crypt for its climatic conditions in which the bodies mummify. The side chapels first in Gothic style then in Baroque style. The crypt is located directly below the church. 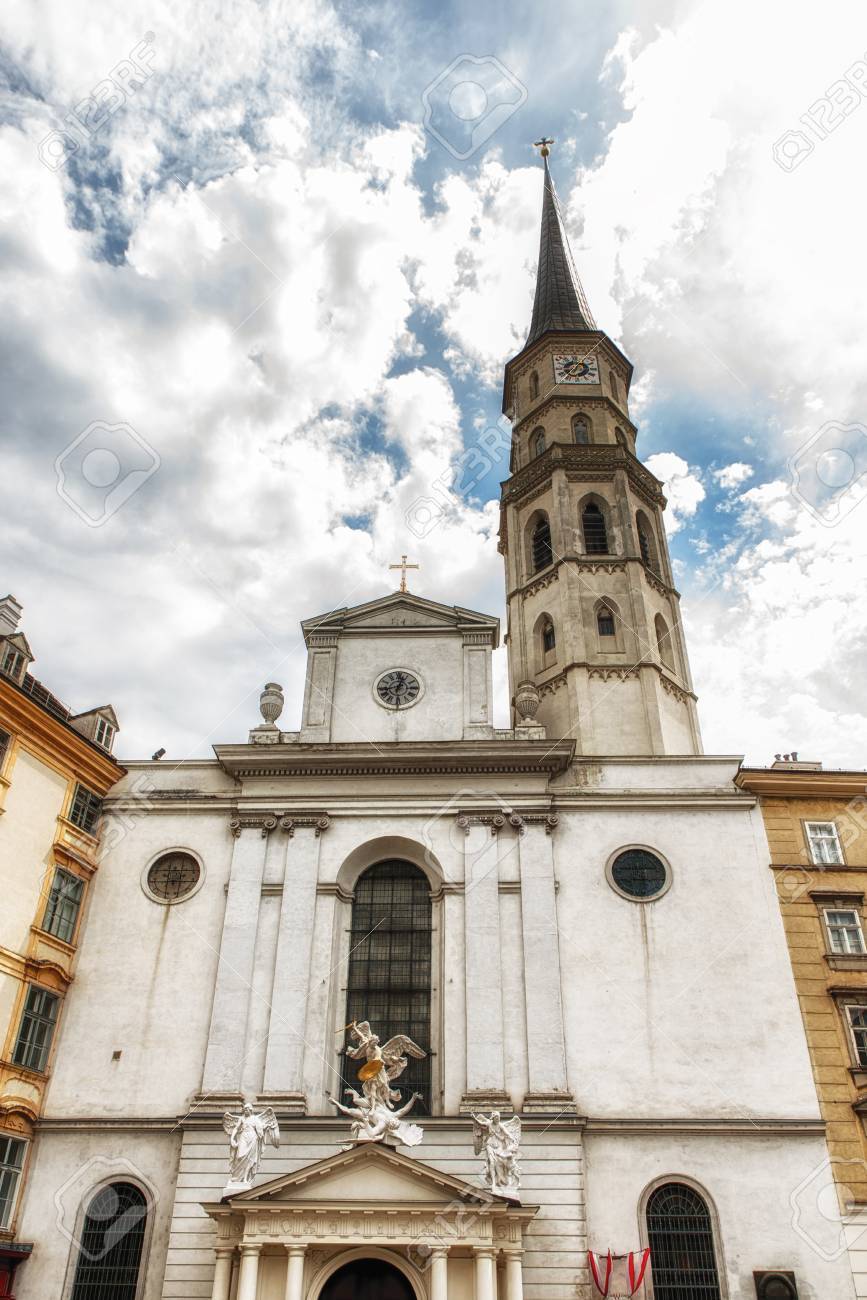 It is the most famous theater in Vienna. In 1869 it was inaugurated as a court opera. From 1897 to 1907 the theater had its first period of splendor with Gustav Mahler. Towards the end of the Second World War it was destroyed but then restructured. Its reopening was celebrated with Beethoven's Fidelio. Among the most represented titles are the wedding of Figaro, Carmen, Tosca, Aida, Fidelio. 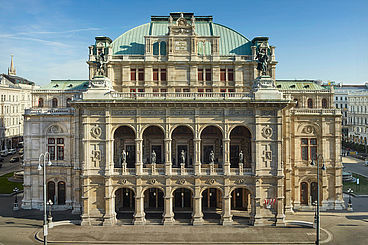 It is a museum founded in 1971 covering Sigmund Freud's life story. His old rooms, now a documentary center to his life and works. Psychoanalysis on art and society is shown through exhibitions and special collections. At the museum are the largest psychoanalytic research library in Europe, and the research institute of the Sigmund Freud Foundation. The museum contains an archive of images containing around two thousand documents, mostly photographs, but also paintings, drawings, and sculptures.

It was built between 1730 and 1834 and stands on a hill on the banks of the Danube. Inside there are about 24 tables of the fifteenth-century altar of King Albert. The treasure of the monastery includes the archducal touch, a chamber of relics and a library with 30,000 volumes and manuscripts. It also has a long tradition of viticulture and has one of the largest wineries in Austria. 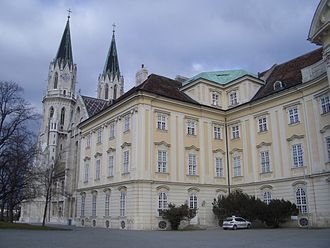