One of the most important Italian museums in the world, it houses priceless works of art, from the 12th to the 18th century with one of the largest collections of Renaissance works. Among the artists hosted: Botticelli, Giotto, Piero della Francesca, Leonardo da Vinci, Michelangelo, Caravaggio, Rubens, Rembrandt, Mantegna, Correggio, Lippi, Martini, Tiziano and Parmigianino. The building was built by Vasari in the 16th century by order of Francesco I thanks to the intervention of the Medici family. Among the most famous works of the Uffizi is Botticelli's The Spring and the Birth of Venus, Da Vinci's The Annunciation, Titian's Venus of Urbino, Caravaggio's Bacchus, Michelangelo's Portrait of Raphael and Tondo Dini by Michelangelo . 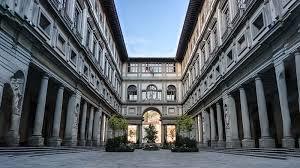 The Cathedral of Santa Maria del Fiore was completed in 1436. It is the third largest church in the world and its dome was built by Brunelleschi. Inside there is the largest surface ever decorated with frescoes, 3600 square meters painted by Vasari and Zuccari. It combines different styles such as Gothic and Romanesque, along with Renaissance taste. The exterior in polychrome marble is from the modern era

It is located in Piazza della Signoria and is the seat of the municipality and from 1865 to 1871 is the seat of the Parliament of the Kingdom of Italy. It was the scene of the battle between the Guelphs and the Ghibellines. In the rooms there are works by Michelangelo, Donatello, Verrocchio, sculptures such as the Neptune by Ammannati, Ercole and Caco by Brandinelli, the Ratto delle Sabine by Giambologna, the Perseus by Cellini. The palace is flanked by the large tower, built in the fifteenth century and formerly used as a prison. Inside there are salons frescoed by important artists such as Vasari. 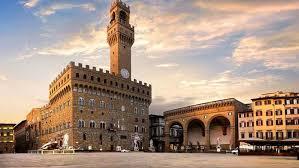 One of the largest churches officiated by the Franciscans and one of the greatest representations of the Gothic style in Italy. It is known as the "Temple of Italian Glories" for its burials, including Foscolo, Michelangelo, Galileo, Alfieri, Leon Battista Alberti. Started in 1294 it was used as a church in 1443. Inside you can see Donatello's Crucifix, Giotto's frescoes, Michelozzo's chapel, Desiderio da Settignano and Bernardo Rossellino's funerary monuments, as well as the chapel and cloister designed by Brunelleschi. 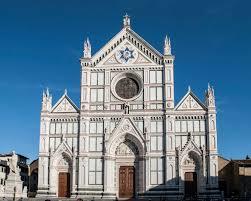 They are the famous Grand Ducal gardens of the Pitti Palace, among the most important examples of Italian gardens, visited by 800,000 people each year.
Palazzo Pitti was the residence of the Medici, Lorraine and Savoy families.
The gardens are a real open-air museum, rich in sculptures and architectural and scenic beauties: obelisks, the famous Neptune fountain, the lemon-house, the column lawn and the many statues depicting Roman emperors and gods.
The Gardens are part of a museum circuit that also includes the Costume Gallery, the Silver Museum, the Porcelain Museum and the Bardini garden. 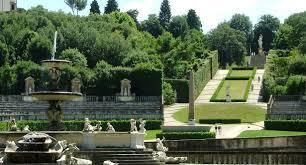 It is the best place to enjoy the panoramic view of the city and the Arno. Built in 1869 by the architect Giuseppe Poggi, it was part of the major renovations of the city. Of nineteenth-century style, it was created with the aim of celebrating the greatness of Michelangelo and his works. According to the project, the Loggia was to house various works by Michelangelo. He never managed to become a museum, but he is still famous for his beauty. It can be reached on foot by climbing the stairway of the Rampe dei Poggi. 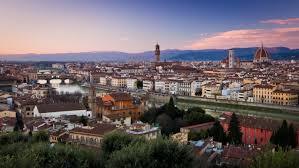 It is the symbolic bridge of Florence, dating back to Roman times and until 1218 it was the only bridge that crossed the Arno river. Going through it, you can observe part of the Vasari Corridor that connects Palazzo Pitti to Palazzo Vecchio, passing through the Uffizi Gallery. In this way you crossed the two ends without having to go down the Florentine streets. In antiquity, many butchers 'shops were poured onto the Ponte Vecchio, which in 1593 were replaced by goldsmiths' shops by the will of the Medici.

It is the second Italian museum after the Uffizi. It houses important works of art by the best Renaissance artists such as Michelangelo, Botticelli, Andrea del Sarto, Domenico Ghirlandaio, Orcagna, Pontormo and Allessando Allori. The recent section of the Museum of Musical Instruments houses ancient instruments such as the Stradivarius by Bartolomeo Cristofori. 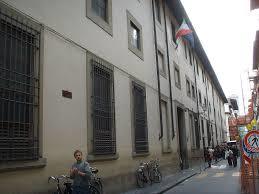 Orbetello is a very special town. Lying on a narrow promontory within the lagoon of the same name, it is squeezed between brackish waters and incredible nature. It brings with it the signs of Spanish rule and is the ideal place to discover the Argentario with its seaside towns and the Parco della Feniglia. 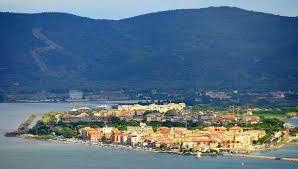 Saturnia is one of the most famous sulfur spa resorts in Italy. Both in summer and in winter you can immerse yourself in the warm whitish waters that cure skin diseases. At the open public baths and to everyone, you can enjoy the small waterfalls immersed in the countryside.

Built in Romanesque-Gothic style, the Duomo of Siena, the main Catholic place of worship in the Tuscan town, is one of the most famous churches in Italy and one of the greatest wonders of art history of all time, a treasure chest full of every type of artistic artefact. In the architectural, pictorial and sculptural field, it fascinates all sorts of visitors or curious people who stop to admire it. 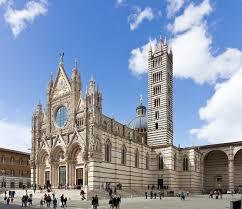 Basilica di San Francesco is one of the most ancient and splendid churches of Arezzo: a thirteenth-century Gothic building, but rebuilt in the fourteenth century and inspired in its simplicity to the Franciscan aesthetic: the only ornaments are in fact a frame that runs around the entire edge of the roof, windows with a pointed arch, and a rose window above the main door. With the exception of the lower part of the façade, which is made of travertine blocks, the whole building is in brick burnished by time.

It is a monograph on the Fontana dei Putti in the Piazza del Duomo in Pisa and in particular, in it, the theme of its attribution is addressed. That of the attribution of the group of the Puttos is a rebus that has origin in the fact that there are documents that attribute it to Giuseppe Vaccà: a sculptor ornatista. 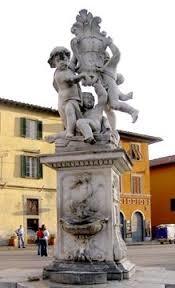