Historical monument in Roma and small country in Lazio

The Colosseum is a fundamental stop if you go to Rome, a monument that is a symbol of an ancient imperial past, and is the largest Roman monument that has ever reached us. The Flavian Amphitheater is the symbol of Italy itself, and officially recognized as one of the new seven wonders of the world.

This monument is located a few steps from the Colosseum, entering the forum you will have the opportunity to get an idea of what the life of the city must have been like in ancient times. The holes were in fact nothing but the main city squares, where the public buildings stood
But the majesty always remains the same. In addition to the Imperial Forums, you can also visit the Roman Forum and the Palatine open-air museum. 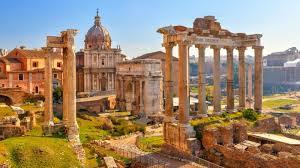 Piazza Venezia is perhaps the most important crossroads in all of Rome. It connects to the Colosseum and the holes, the square is made more spectacular by the presence of the Vittoriano: the majestic memorial dedicated to King Vittorio Emanuele II, first king of Italy. It has an excellent view from the balconies above the central staircase. Even today the monument is the center of solemn public ceremonies, such as the celebrations for the Republic Day 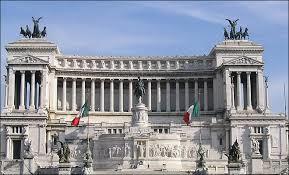 The Pantheon was built at the beginning of the 2nd century AD, but it had actually been rebuilt to take the place of a previous building.
From the Pantheon one can admire the typically classical perfection and symmetry, which produced a circular building as high as its diameter, this harmony can also be seen in its enormous dome, one of the largest ever built by human hands.
Here in fact there are also the bodies of some great figures of Italian history. 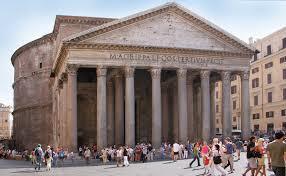 It is a huge fountain that occupies the whole square. It is one of the most emblematic examples of the Baroque in Rome, but it is above all one of the places where most tourists love to be photographed. Especially in the famous coin toss. 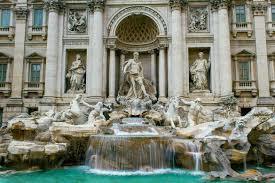 The Basilica is located in the Vatican City, which is outside the Italian borders. You can admire the basilica, the largest church in the world. The entrance is totally free, Inside you can be amazed not only by the majesty of the architecture, but also by the prestigious works of art that enrich it. You can also go up to the dome where you can have a view of the panoramic view ha over the whole capital is priceless. 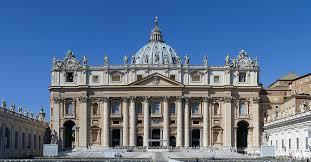 The famous Spanish Steps, with the church of the same name at the top. The Fontana della Barcaccia, by Bernini father and son, one of the six "connected statues" of Rome. Piazza di Spagna is a concentration of attractions and monuments, and a great point for several photos. But above all it is one of the cornerstones of nightlife in the historic center of Rome. Sit on one of the steps of the staircase enjoying an ice cream. 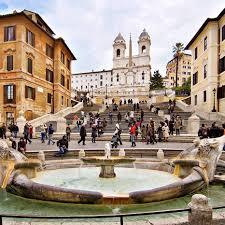 The Romans loved the baths. There is no place where they could ever have used a hot water source that did not escape their architectural genius. On the other hand, public baths were a pleasure that everyone could enjoy, not just the rich. And indeed the Baths of Caracalla were frequented by the populace, rather than by the high social classes. Nevertheless, the buildings were not lacking in elegance and indeed were considered the most sumptuous of the entire capital. The beauty of these remains consists above all in the fact that they have come down to us as the Romans saw them, without too many unnecessary additions occurring in later periods.

Villa of the Priory of Malta

The villa is the historic seat of the Sovereign Military Order of Malta, the religious knightly order directly dependent on the Holy See, and one of the few still surviving of all those established in the Middle Ages. This belonging to the Vatican is well explained by a characteristic of the square eighteenth century: from the keyhole you can see, perfectly framed, the dome of St. Peter's. Very little subtly this observation point has been called "the hole of Rome". 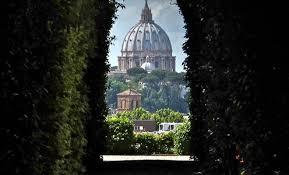 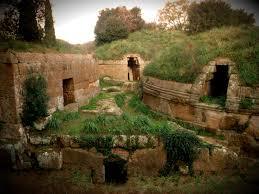 A short distance from the Colosseum stands the massive white marble Arch of Constantine with numerous decorations and sculptures. It is characterized by three arches, a larger central passageway and two smaller lateral ones. It is one of the greatest examples of sculptural art, an open book of Roman art thanks to its fine finishes, sculptures and writings, making it a true artistic jewel to be admired. 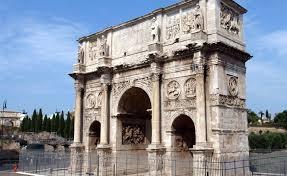 Altar of the Fatherland

Among the monuments of Rome, the one built in honor of Vittorio Emanuele II, better known as "Vittoriano" or "Altare della Patria", is one of the most visited. It rises behind the Capitol, and overlooks the magnificent Piazza Venezia. It was conceived thanks to an idea of the architect Giuseppe Sacconi. The elements that enrich the Altar of the Fatherland are some plant symbols including the palm for victory, the oak for strength, the laurel for victorious peace, the myrtle for the sacrifice and the olive tree for concord. 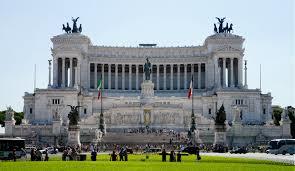 The Ara Pacis Augustae translated "Altar of the Augustan Peace" is a magnificent and valuable commemorative monument which in 9 BC Augustus dedicated to "Peace", in his sense of divinity. It was once located in an area of Campo Marzio used for celebrating victories. The Ara Pacis, for brevity, is one of the most significant examples of Augustan art with the aim of symbolizing the peace and prosperity that were achieved thanks to the "Pax Romana" 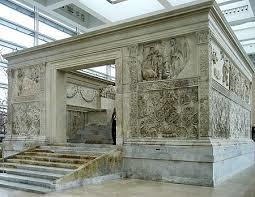