Historical monument in Genova and small country in LIguria

The lantern served as a luminous reference for boats at night. It is 117 m high. and nearby is the Lanterna Museum containing a special lens, called Fresnel, which reproduces the vision of a real lighthouse seen from an internal perspective. The lantern is today a symbol of the city and climbing on the lantern you have a magnificent view of the city. 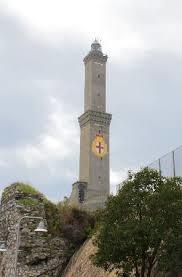 The Cathedral of San Lorenzo which houses the Sacred Basin.
This cathedral was consecrated in 1118 by Pope Gelasius II Gaetani and according to the legend San Lorenzo and Pope Sixtus II lodged there. Inside the church we can admire not only the relics but also numerous gothic and paintings realized between the end of the XIII century and the beginning of the XIV, not to be missed also the treasure museum of San Lorenzo. 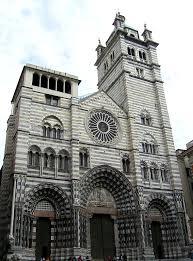 The palace was built around 1260 at the behest of Guglielmo Boccanegra, the palace from the seat of the Municipality to the prison in fact it was the place where Marco Polo was re-closed, and I commissioned the famous Milione. The building consists of two parts, an older part for medieval architecture and a Renaissance one where the main entrance is located. this is one of the most famous historic buildings in Genoa. 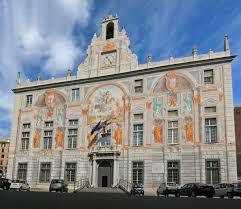 The castle was built in 1886 in negotico style, located from the top of the Montegalletto hill, overlooking the city of Genoa with a breathtaking view.
The castle's style and structure were designed by Captain Enrico Alberto D'Albertis, who then chose it as his home. At his death in 1932, the Captain donated Castello D'Albertis to the city of Genoa.Since then Castello D'Albertis has hosted the Museum of World Cultures, where you can admire the collection of objects that D'Albertis brought to Genoa from his many journeys by sea and by land as a testimony to the charm of distant worlds. 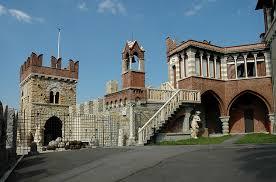 The Palazzi dei Rolli are a group of noble palaces that, at the time of the ancient Republic, were obliged, on the basis of a public draw from the lists of public housing (called "rolli"), to host the high personalities who were in Genoa in state visit. They include a series of late-Renaissance and Baroque buildings that normally have three or four floors "with spectacular open staircases, courtyards and arcades overlooking gardens". Many of the interiors, despite the passing of the centuries and the heavy damages due to the bombings of the Second World War, present the original decorations of the major authors of the Mannerist and Genoese Baroque. 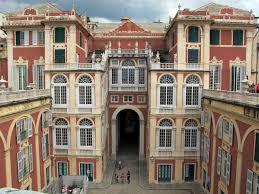 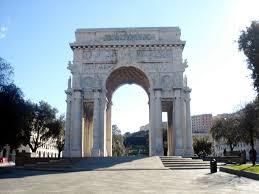 The Torre dei Morchi, dating back to the 12th century is located in Piazza Caricamento. In the XIII century Genoa was a towered city, 66 towers could be counted. Today very few of them remain intact, most have been demolished or incorporated into adjacent buildings. The Torre dei Morchi is similar in structure and materials to that of the Embriaci, built with large blocks of ashlar stone and at the top is crowned by a triple frame of hanging arches that are ever more protruding. 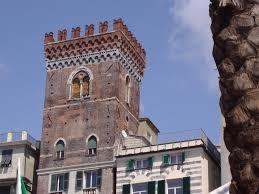 The House of Columbus

The building is on two floors, while the facade was restored during the seventeenth century. The ground floor was used as a workshop for his father, who was involved in weaving wool and trading. Recent excavations, carried out during restoration works, have brought to light ancient foundations of a building dating back to before the Middle Ages, probably in the 6th century. 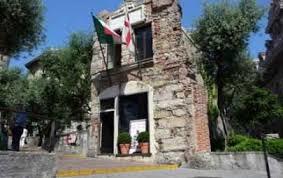 The Monumental Cemetery of Staglieno. Always located in the Ligurian capital, this cemetery is certainly one of the most important monumental cemeteries in Europe. With an area of more than 330 square meters, the structure is considered an open-air museum; includes an English cemetery, a Protestant cemetery and a Jewish cemetery and houses tombs of famous people such as Giuseppe Mazzini, Gilberto Govi and Fabrizio De Andrè. There are also numerous sculptures and statues, mainly made by Genoese artists and distributed throughout the territory. 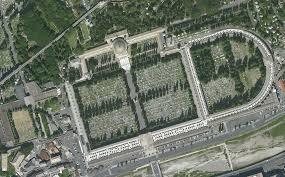 Castle of the Stone

This ancient building that seems to have been dug directly into the rock is one of the major attractions of the Genoese hinterland: located in the municipality of Vobbia, in the Scrivia Valley, and attraction of the Antola Natural Park, the Castello della Pietra should go back, according to some hypothesis, to 1100 and passed from the property of the Della Pietra, to the Spinola, to the Adorno up to the donation to the Commune of Vobbia. Today it is possible to visit it 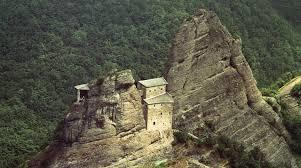 5 historical monument in the samll country in Liguria

The Cathedral of San Siro, in late Romanesque style, modified several times over the centuries, dates back to the early twelfth century.
The building, expanded also in 1916, has a plan with three naves supported by a double row of circular columns (only a few are polygonal), surmounted by pointed arches. The current façade is characterized by a large ogival portal with splayed forepart. 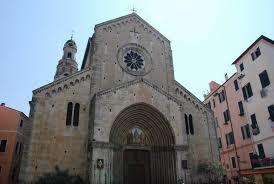 The Villa is an archaeological site with the remains of a noble residence from the Roman era and with a thermal complex attached.
It belongs to the typology of maritime villas and was built between the 1st and 2nd century AD by the sea, a place chosen for its beauty, where to stop and rest enjoying the spectacle of nature.
the entire built-up area, which is much larger than the part that can be visited and extends under the current sea level

Villa Grock and its park, built on the will and project of "Grock", stage name of the Swiss Adrien Wettach. Villa Grock was used as the location of the Festival venue for events and shows. 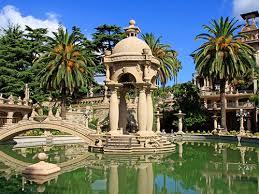 The structure stands out for its majesty and sense of power with its entrance columns, topped by two bell towers. the interior has a Latin cross shape, its style is typical of neoclassicism.The Basilica of San Maurizio is certainly one of Imperia's flagships. Every day is visited by many tourists fascinated. Accessible only for certain events with guided tours. From up there you can admire the whole city from border to border. 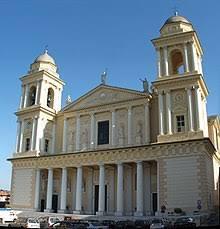 Located in the central Piazza del Popolo, the Church of Santa Maria Maddalena is one of the most important Catholic (Roman rite) religious buildings in Bordighera, in the province of Imperia, seat of the Vicariate of Bordighera. The church has a very simple façade, two orders and with a rose window above the portal. 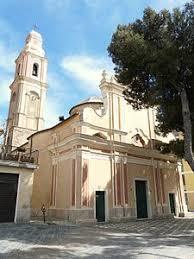