The festival of sea urchins in Buggeru

There are two days of celebration to enjoy this exquisite pulp that gives life to sublime dishes such as spaghetti with sea urchins and the festival also hosts other local flavors such as swordfish, fried fish and the tuna capriccio accompanied by bread. 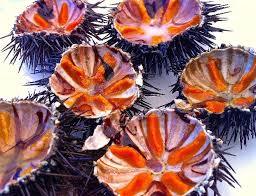 The tortori in fiore animate with the spring with this exhibition that color the streets with these magnificent works of the flower makers, as always there are the food stands with the typical and traditional foods main appointments will be held in the very central Corso Umberto and via Monsignor Virgilio, which also this year they will be animated by flower makers from all over Sardinia who will create works of art with multi-colored petals.

The Sardinian Cavalcade, an unmissable event, dates back to 1899, the year in which the first parade was held in honor of the visit to the city of King Umberto I and Queen Margherita. The Sardinian Cavalcade represents together with the Candlestick Festival, it starts in the morning with the parade and then in the afternoons there are performances that involve riders on the back of its steed.

Festival of the redeemer in Nuoro

The Redeemer, a party that attracts visitors to the capital. The Redeemer represents, one of the most sacred manifestations of Sardinia, to celebrate solemnly the beginning of the twentieth century of the Christian era, a large bronze statue depicting the Redeemer was raised on the summit of Monte Ortobene, the party was increased by the parade of costumes Sardinians then the procession joins the civil part and the sacred part of the party that merge into a great spiritual feeling. Masses and traditional rites are held at the foot of the statue. 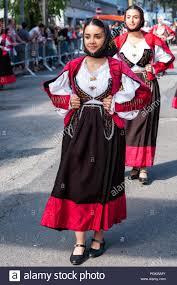 It is an event inserted by the Sardinia region among the events of great tourist interest, the artichokes prepared in a thousand ways and all very tasty, they are cultivated in the Basso Campidano since ancient times, since the Egyptians who also knew their medicinal virtues.During the festival you can taste artichoke dishes accompanied by vernaccia and attend conferences and book presentations. 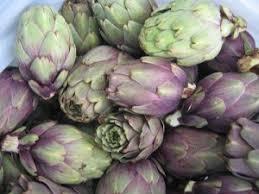 The feast of San Salvatore

Every year on the first Sunday of September the feast of San Salvatore is celebrated. Hundreds of faithful of Cabras, on Saturday they bring the simulacrum of San Salvatore in a running procession, it is transported from the parish of Santa Maria Assunta, in the homonymous peninsula. The statue of the saint, resting on a sedan chair, is carried on the shoulder by hundreds of barefoot runners, dressed in the traditional white habit. On Sunday, the day of the festival, the race is repeated to bring the statue back to Cabras in the church of Santa Maria. At the end of the day, the participants in the race, the faithful and the tourists all celebrate together, watching fireworks and music and participating in the tasting of typical products. 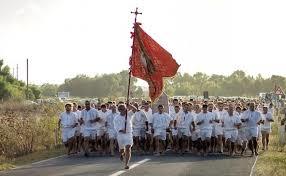 The Sagra degli Agrumi is one of the festivals of Sardinia that takes place every year at the beginning of spring, between the end of March and the first days of April, in the town of Muravera .All areas are famous for the production of mandarins and citrus fruits in general, and the citrus festival is an important showcase for all local producers. During the festival, there is a parade of folk groups from all over Sardinia with their beautiful traditional costumes, rich in colors worked in gold with the filigree technique. The Knights of Sarrabus and the wagons that reproduce moments of daily life also parade. Usually in the evening the musical shows begin, with the dances and sounds of launeddas, the famous Sardinian wind instrument with remote origins. 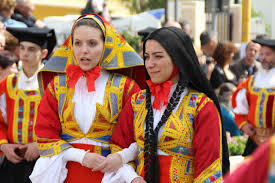 This great festival takes place every year in Cagliari on May 1st and involves practically all of Sardinia: thousands of costumed people from all over the island, with ox-drawn carts and festively decorated horses, accompany the statue of the martyr and patron of Cagliari from the church of Stampace to Pula, place where he was executed. 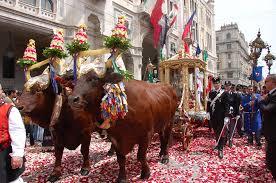 These are the rituals that introduce Easter, very much felt throughout Sardinia and that in some countries of the island take on a particularly suggestive and engaging dimension. In Castelsardo the Procession of the mysteries, called Lunissanti, is noteworthy; in Alghero we highlight the Desclavement, in Orosei and in Oliena s'Incontru, that is the meeting between the Risen Christ and the Madonna, in Iglesias the Procession of the Descenso, which takes place on Good Friday. 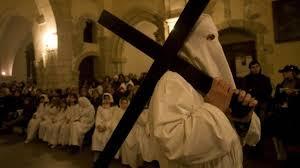 February in Sardinia is Carnival on the island this festival is celebrated in a different way from area to area, equestrian races in costume are staged in Oristano with Sa Sartiglia in the countries of Barbagia, with Mamoiada and Ottana in the lead, the Barbaricino carnival takes place with the masks of the agro-pastoral tradition; in Tempio Pausania, on the other hand, one can witness the most magnificent display of allegorical floats in Sardinia.