Rome is certainly the first city to visit if you go to Lazio and is one of the most beautiful cities in the city, there are many monuments to visit in Lazio, starting from the Colosseum, the Spanish Steps, Villa Borghese.
The Colosseum, the Colosseum, and the archaeological area of ​​the Roman Forum and the Palatine Hill after visiting the Colosseum, you can also take a ride on the large lawn of the Circus Maximus or in the splendid Villa Celimontana, located on the Celio hill a few steps from the Colosseum. another place that is not far from the previous places and the Capitol can be reached from Via dei Fori Imperiali where, in the center, there was the great statue of the emperor Marcus Aurelius on horseback and at the bottom the statue of the Goddess Roma.                                               Miss is the splendid Basilica of S. Maria in Aracoeli and the visit to the Capitoline Museums, where among other things you will find the original of the statue of Marcus Aurelius which is in the square and a large bronze statue of the Capitoline Wolf with the Romulus twins and Oar.
The historical center of Lazio has been declared patrimony of the Unesco with its squares, fountains, churches, etc. it is practically a large open-air museum.             In addition to the famous Piazza di Spagna, Piazza Navona and the Pantheon, it is certainly worth visiting Campo de 'Fiori with the statue of the philosopher Giordano Bruno, from the twin churches in piazza del Popolo to the church of Sant'Agnese in piazza in piazza Navona, The same applies to the fountains, including the Fontana del Tritone in Piazza Barberini, the beautiful Fontana delle Tartarughe and, of course, the one that can be considered the most beautiful fountain in the world Trevi Fountain. 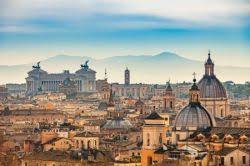 Tivoli is known throughout the world for its Historic Villas, and boasts a long history (much older than that of Rome). The town is very popular for the ancient Baths of the Albule Waters, frequented by emperors and popes, and for the its medieval old town, small but in perfect condition, a city was one of the main destinations of the Grand Tour, the journey that the offspring of the rich families of the time undertook to learn about the world and broaden their cultural horizons. 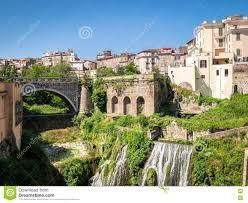 This high-medieval village, dominated by the great Rocca Abbaziale, which dominates the entire Aniene Valley, and fully inserted among the most beautiful villages in Italy.
Absolutely to visit are the two splendid monasteries of San Benedetto and Santa Scolastica, you can also go on an excursion in the Natural Park of the Simbruini Mountains, where this city stands as a contemplative destination for saints and hermits. In the heart of Subiaco you can also visit two of the most beautiful Italian neoclassical churches: Sant’Andrea and Santa Maria della Valle. 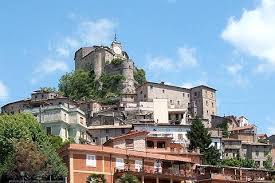 Viterbo is a country with a beautiful medieval appearance, rich in historical events that has grown over time with its historical and cultural heritage. In fact, passing through the streets of Viterbo you can admire many monuments and the main attraction and precisely its historical center, among the main monuments of Viterbo we have: the Cathedral of San Lorenzo, adjacent to the Palace of the Popesso called because it was the papal seat. The real jewel is the medieval heart identified with the well-known San Pellegrino district. and walking through these quarters you will be able to admire old houses, ladders, bridges, towers, small churches, all together creating a unique architectural picture and then also the Palazzo dei Priori occupies a space of respect in the vast architectural heritage of Viterbo. 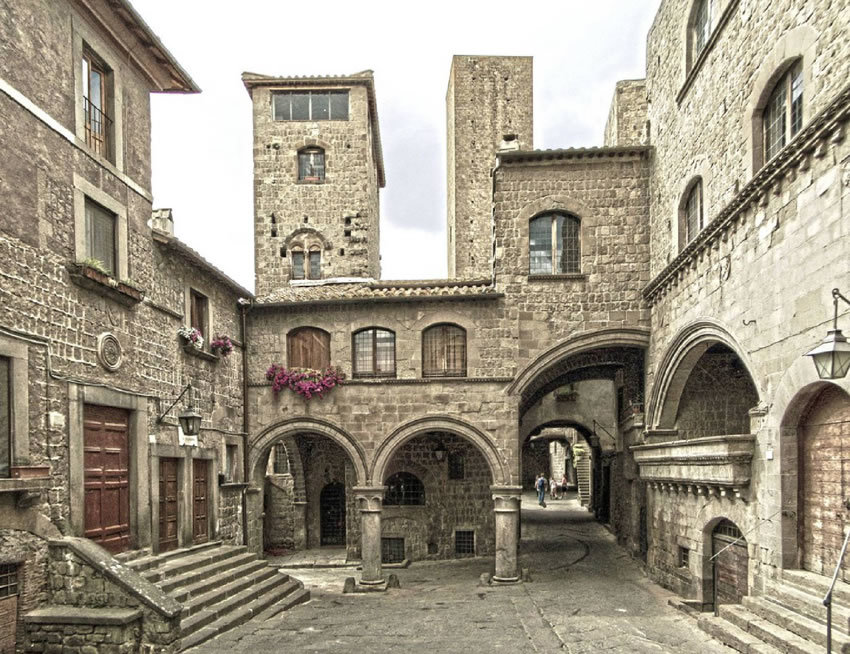 Lake Bracciano has volcanic origins and is also known as Lake Sabatino. East of Lake Bracciano rises another small body of water, again of volcanic origin, called Lake Martignano. Both lakes, due to their size, have been included in the Bracciano Martignano national park, a very large place and offers the visitor various historical enaturalistic attractions. At the lake you can practice different sports like sailing and canoeing or trekking on the shores of the lake between nature or by bicycle. The monuments that extend over the lake are the Orsini Odescalchi castle and built with different architectural styles, preserving inside beautiful frescoes and period furniture, and for this reason it is considered one of the most elegant fortified historic houses in Italy. Inside we find the barn which is the first element to be found going up to the castle, the place where the grain was kept, continuing we arrive at the armory entering from the door we arrive at the place where the guards used to stand with a weapons depot. then we find the room of the Pisanello called so because it takes the name for the style of the frescoes, then we enter the room of the Caesars the largest and the roof of this room was lowered to make another room, other rooms are the Orsini room called so , because on the wall there was the portrait of the family which, however, was lost then the room of Isabella also called the rose because it was the color of the tapestries that adorned the walls, then the Gothic room is so called because, Baldassarre Odescalchi had all the the furniture in the neo-gothic style room and the arms room and the hall of Hercules was obtained by lowering the ceiling of the Cesari room and finally we have the six towers connected by a round walkway and alternating between stairs and loggias, places where the soldiers were. The building is used for wedding ceremonies and banquets and also as a movie set. 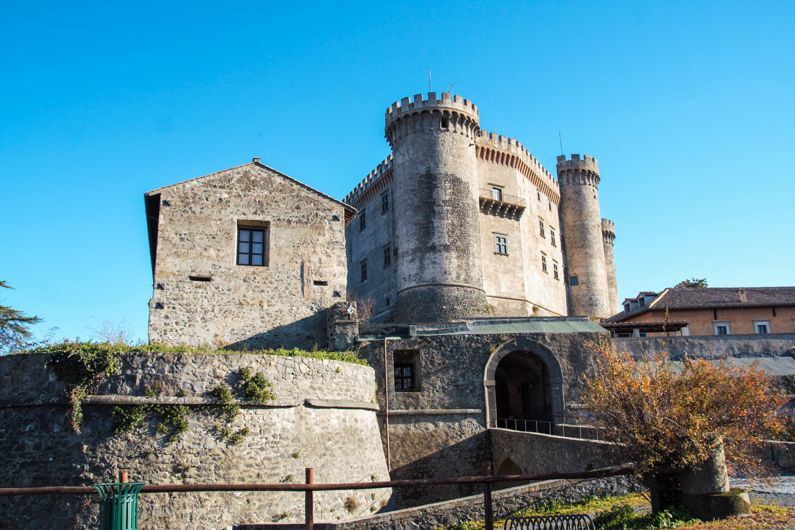 Village that rises on a tuff hill, in the valley of the gullies. Called, unfortunately, the City that dies, due to the extremely fragile terrain on which it rests, which is crumbling, has been progressively abandoned by its inhabitants, the old road that went up to the country for decades is gone, and the inhabited center is connected downstream by a footbridge, a pedestrian bridge in reinforced concrete, it is a unique place, of extraordinary beauty for the medieval core of stone boxes and the landscape that surrounds it. A marvel to visit is accessed from the scenic Porta Santa Maria, opened by an arch the door has two low reliefs depicting a lion holding a man with claws, metaphor of the expulsion of the Monaldeschi passed the door you see the square over the door The visit continues among the narrow alleys of Civita di Bagnoregio, characterized by small arches, courtyards and small squares, and by medieval and Renaissance houses within them, there are pretty craft shops. 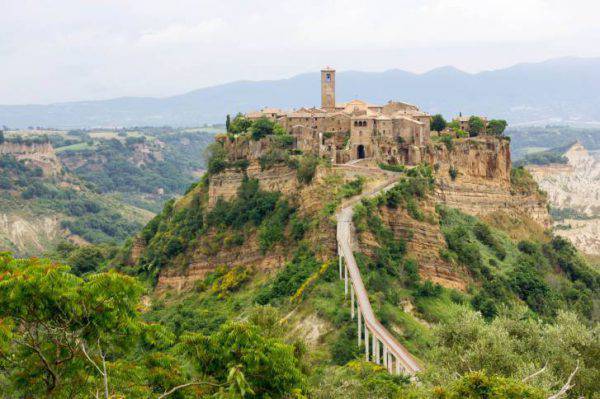 Rieti is enclosed by the Monti Reatini and Sabini, the city stands on a rise of the Piana Reatina and has a rich architectural heritage. The history of Rieti is full of events, which have contributed to increasing the role of the place, the first thing to see in Rieti can be the city walls and is located on the right of the Velino river, at the end of a plain. In the center of the city there are many monuments the Town Hall, seat of an interesting museum, the civic museum of Rieti is one of the most ancient museum institutions of the whole region. Among the things to see in Rieti also the Government Palace stands out, with its an elegant double loggia, the 12th century Cathedral with its magnificent bell tower and the Bishop's Palace, with the Vaults of the Bishopric, announced by a majestic portico divided into two parts by pillars. Then a road leading to the Church of Santi Camillo and Ruffo. The small square on the right side of this church was considered the "medium totius Italiae", that is the center of the whole of Italy. Not to be missed is the visit to the wonderful Flavio Vespasiano Theater It is not only an architectural structure, but the fulcrum around to which the wheel of the Rieti culture revolves. 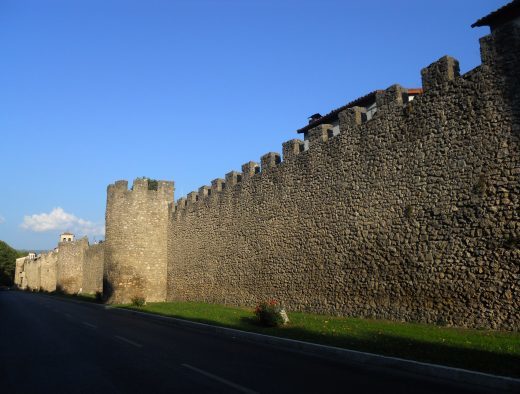 Tarquigna proposes several monuments starting from its historic center dominated by tall towers, churches and ancient palaces, a city with its millennial walls overhanging the rock, from where the gaze wanders over a countryside that in every season takes on fascinating colors up to space on the sea. this place was once inhabited by Etruscans and just outside the inhabited center there are painted tombs, fortunately well preserved.

Palazzo Vitelleschi is the place that best symbolizes the landscape a true architectural masterpiece of the Renaissance with Gothic style elements and Catalan It houses the important National Etruscan Museum is a large trapezoidal courtyard. On the second floor there is another exciting symbol of Tarquinia, the winged horses, an elegant terracotta sculpture. The historic center of Tarquinia shows a series of shops and shops in which to discover the excellences of the whole territory of the Maremma Tuscia, extra virgin olive oil 'olive, salami and caciotta cheeses from cow's and goat's milk. There are also several artisan workshops, especially ceramics, there are also several churches to visit, such as the Church of Santa Maria in Castello, with an arabesque style that merges with the Roman Lombard one instead the Church of San Martino and a little more ancient. 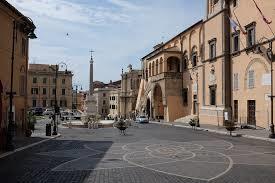 The five most popular food in Lazio

It is a very tasty dish and a very popular spicy dish in Rome, a dish suitable for every season usually served at dinner. The name derives from the fact that, eating this type of pasta you risk, because of the chili pepper, to turn red, just like when you get angry. The main ingredients are penne rigate, peeled, garlic, abundant chilli, raw parsley, salt, extra virgin olive oil. 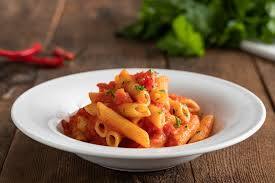 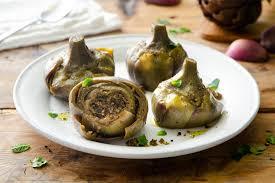 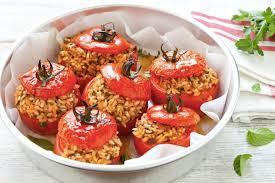 The fried chops are a typical dish that is cooked in the oven or on the grill or cooked in a pan, floured or sprinkled with white wine, thus becoming more white and soft, they are also ideal accompanied by potatoes with artichokes or mixed salad to enhance the taste some ribs you can add a good red wine 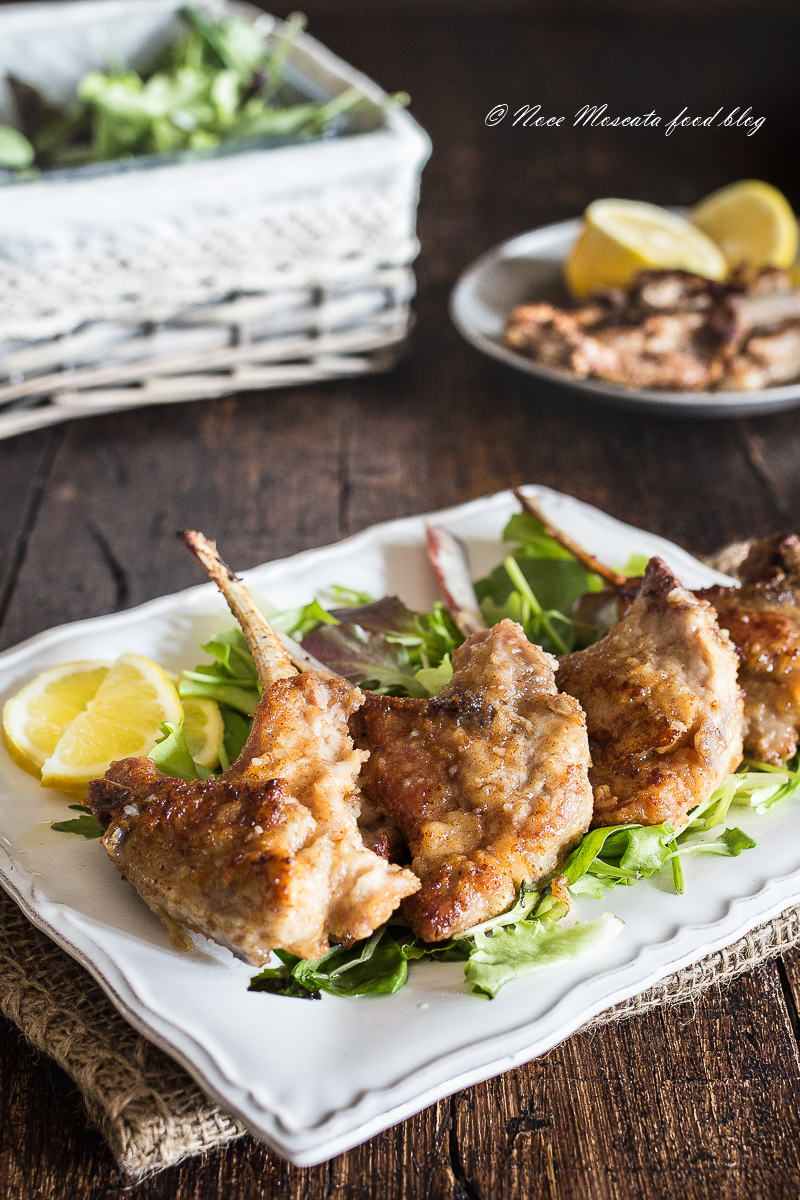 Dish born in the trattorias around the slaughterhouse where the workers collected the parts of unsaleable meat. After degreasing it, let it "stew" in a sauce rich in odors (carrot, onion and celery), sultanas, pine nuts and bitter chocolate. At the end of cooking add some celery pieces. 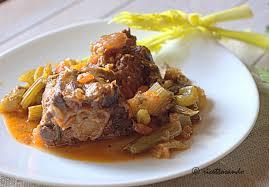