What to do in Genova

Genoa is a city full of art, history and culture, since the epoch Genoa dominated the sea and markets, but even the recent past is not bad in 2004 Genoa was the capital of culture and two years later all the buildings that were once inhabited by nobles they became part of the UNESCO Heritage.

There are many places to visit in Genenova and we can start from the Carruggi are the alleys of the city and this is its name in dialect, they are alleys that were born to defend themselves from pirates, but in the Middle Ages became a center of economic and civil life , these narrow streets full of typical shops, bazaars and historic bars where an important part of the city's nightlife is concentrated. 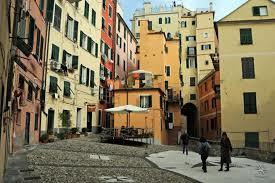 The lantern of Genoa is like a totem that summarizes if the millennial history on the top of the tower were burned large bundles of heather and broom to signal the presence of the port to the ships in transit in the city waters. Naturally, the structure also served as a sighting to avert the lightning attacks of piracy that for centuries infested the waters of the Mediterranean. . 76 meters long, the Genoa lighthouse is the highest in the Mediterranean, and one of the oldest in Europe among those still in operation.

The museum of the sea

In Genoa it will be possible to find one of the largest maritime museums in the Mediterranean, with a path that equals the four ages of the navy: the age of the oar, with the galleys and the ancient arsenal; the age of the sail, that of the vessels and subsequent clippers; the steam age, which marks the rise of the steamers and with it the great Italian transatlantic migrations; finally, today's migrations from North Africa to Italy and Greece on dinghies and other makeshift boats, and the possibility of boarding the galley and exploring the interior 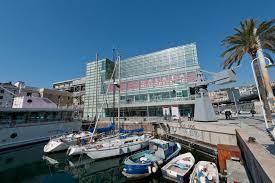 The Cathedral of San Lorenzo is the most important place of worship in the city. Throughout the Middle Ages it was also of civil and political life. Financed by the proceeds of the Crusades, it is a Romanesque-style church instead the three entrance portals are the only traces in Gothic style. The Treasury Museum is also very nice to see. which is located in the basement of the Cathedral. In these rooms numerous masterpieces of gold and sacred art are on display, ranging from the 11th to the 19th century. 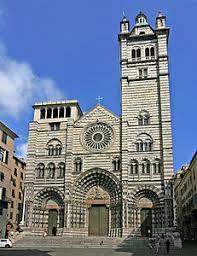 The largest urban park on the sea A botanical complex consisting of a set of villas that were previously private and are now home to museums and a place of historical cultural initiatives, especially in spring as many plants begin to bloom, a great place to make a walk among pines and other species of trees besides admiring the greenery around you also have an excellent view of the gulf of Genoa. 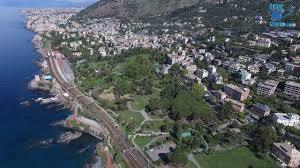 It is a museum of modern art and was built between 1844 and 1851 in compliance with the Napoleonic edict which imposed a ban on burial in churches and inhabited centers. It therefore served a vast area, far from the center, where a cemetery was set up which, in addition to guaranteeing the dignified burial of the Genoese, recounts the rise of the city's bourgeoisie. What truly leaves the cemetery terrified is the majesty of its monumental chapels ranging from Gothic to Liberty through the Byzantine and Neoclassical. 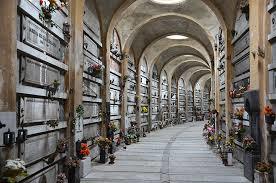 If you go to Genoa you should definitely try the pesto trofie
Genoa has a cuisine based mainly on the use of aromatic herbs and vegetables. Trofie al pesto are by far the most famous dish in Genoa and then from focaccia, to stockfish Genovese, to cod, passing through the cappon skinny, to the pandolce Christmas, a thousand good dishes to taste if you go to Genoa.

In winter the center of Genoa is the real fulcrum of the nightlife, concentrated, for the most part, in the alleyways of the historic center. Among the locals to spend an evening with friends we have

The Beautiful Loser the place that perhaps first brought the fashion of vintage settings to Genoa. Among fragrant cocktails and excellent wine, this place in Piazza Marsala never contradicts itself, making every evening lively and unforgettable. 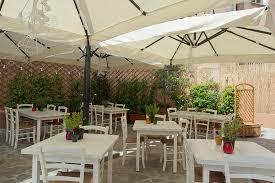 Kowalski
If you drink vodka as easily as you drink water and love beer and good food from Eastern Europe and Kowalski is definitely the perfect destination for your next evening. You can find it in via dei Giustiniani 3r, ready to welcome you in a vintage setting, deliberately particular and very funny.

Zacca
In Vico di San Cosimo, in front of the church, there is another fixed stage of the Genoese movida. Let's talk about Zacca, otherwise known as Taverna Zaccaria: a rustic and informal environment where you can taste excellent wines, beers and aperitifs. The beauty of this place is that, as the warm season progresses, it becomes widespread, expanding with cushions and chairs up to the steps of the Church, from which you can sip your drink totally immersed in the real Genoa.

The historic Pub Britannia never goes out of style. Among pints on pints of beers on tap and luscious burgers to accompany them, it is really hard to get up from this place that seems to be ripped directly from London and rearranged in Vico della Casana, right next to Piazza De Ferrari.