What to do in Cagliari?

"Almost fantastic" city enclosed between the blue of the sea and the white limestone rocks. It preserves in the palaces, in the churches, in the works of art, in the language, the sign of its long and eventful history. Cagliari also offers many natural wonders: lagoon areas populated by numerous species of birds, green parks and beautiful beaches that come alive during the summer and night.

The classical-style scenario in granite and limestone includes a stairway formed by two ramps joining a landing which leads to the Covered Walk, a vast painted environment enclosed by large arches. After years of neglect and abandonment, it has returned to shine as an exhibitio space. 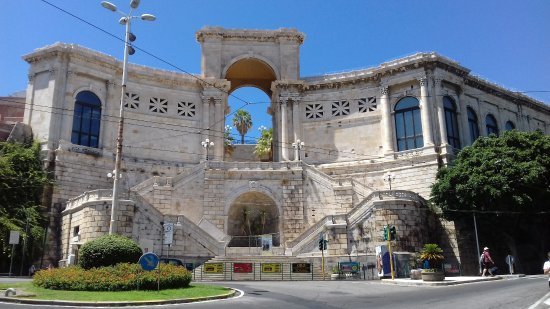 n 1370 a mysterious box thrown into the sea during a storm ran aground on the Bonaria beach. No one could neither open it nor lift it, with the exception of the friars of the Mercede who carried it to the church and contained a statue of the Madonna and Child with a lighted candle. Thus the church became the Shrine of Our Lady of Bonaria. 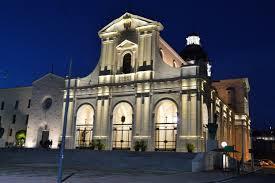 The Tower of Saint Pancrazio

Built on the highest point of the hill, it consists of four floors. Created for military purposes, it was then used for other functions: housing for officials and warehouse during the Aragonese dominion.  The tower of the Elephant, so called because of the small elephant carved in stone had a defensive purpose. The two twin towers are of white limestone and constitute the castle. 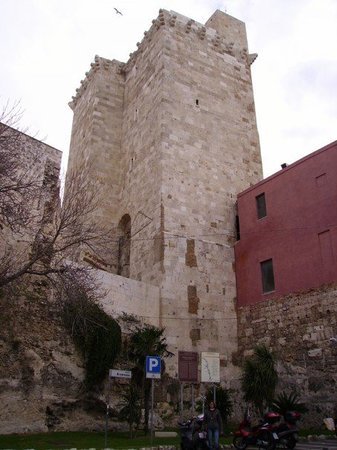 It is the most important and prestigious exhibition venue for antiquities in Sardinia. On the first floor it offers a chronological-educational itinerary of the history and culture of Sardinia. The upper floors expose the materials according to topographical criteria. There are also Roman pottery with black paint, thin walls, Italic, Gallic, African, glass and oil lamps. Interesting some lead ingots that have, imprinted, the name of the emperor under which they were produced. 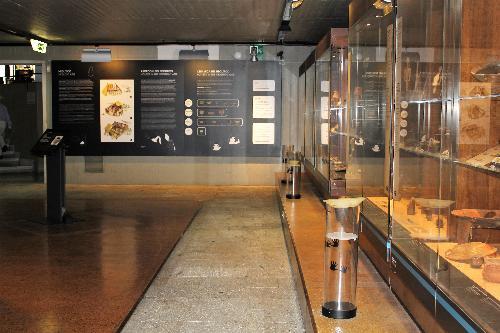 The Molentargius Natural Park is a wetland of international value, especially as a habitat for numerous species of water birds, within the area. The Park boasts a rich variety of plant and animal species, many of which are protected. In particular, the site is famous for the presence of pink flamingos. 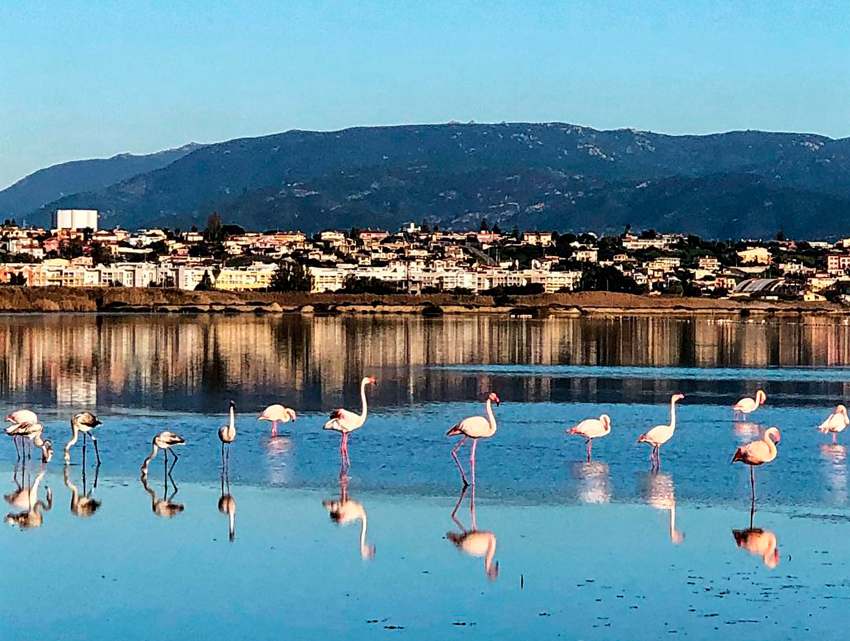 It is the largest covered market in Italy and one of the largest in Europe. It mainly sells fish but there is also space for fruit, vegetables and meat, cheese, dessets and bread. You can't help but buy carasau bread, a typical Sardinian bread for its crunchiness. At Mezzogiorno you can taste the fantastic mixed fry in the walking bag like vegetables in batter, fried prawns and squid. 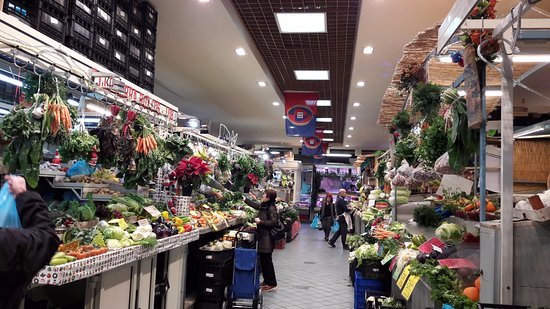 Among its specialties there are hedgehogs, to eat raw freshly caught. The ricciai will serve you the already opened curls, some bread and a glass of good wine for a healthy feast. 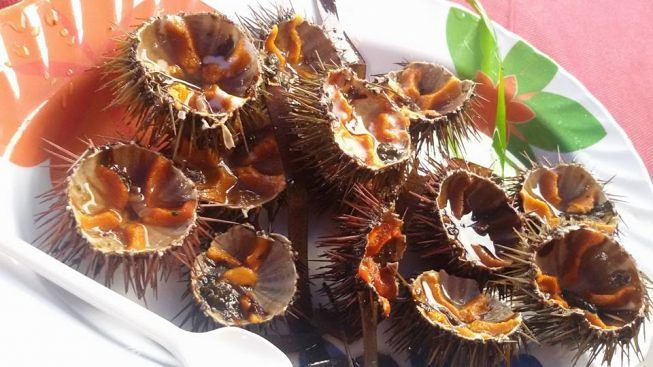 This is the beach of excellence of the inhabitants. The sand is mixed with fragments of shells and mineral substances.  il Poetto is still a beautiful beach, perfect for sunbathing and bathing, outdoor sports, spending summer evenings with aperitifs, music, and shows. 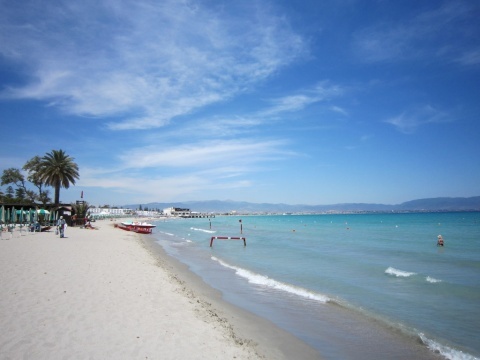 Made up of turquoise waters, large expanses of fine white sand, lush Mediterranean vegetation, wind-drawn dunes, cliffs. It was included by the Lonely Planet among the 10 most beautiful beaches in the world. 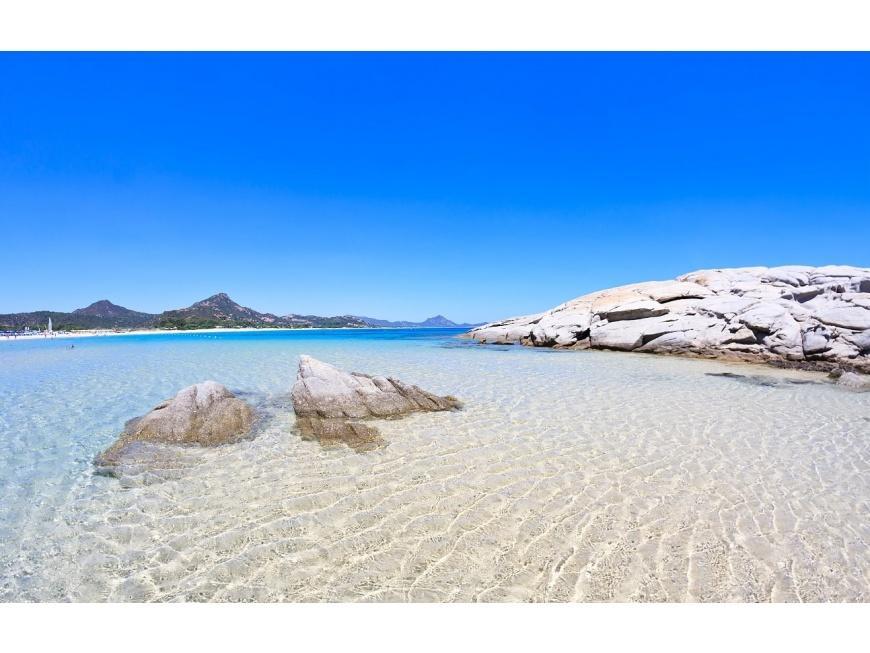