It is one of the most important centers of the Orthodox church in the West, it is a capital; a main Adriatic port and secular hub of civil and commercial traffic between East and West. It is a city with so many things to do and see.

The Basilica of St. Nicola

After the fall of the Berlin Wall, the church became a meeting place between Roman Catholic and Greek Orthodox culture. The basilica is an important meeting place for Christians that has increased religious tourism. For architecture it is the an example of Romanesque style. 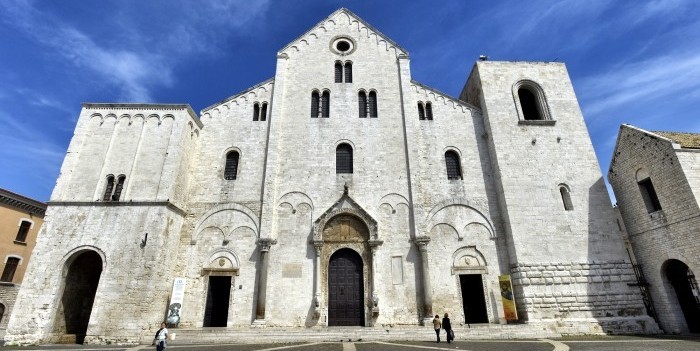 The historic center is the nightlife of the Apulian city. What strikes tourists in the lanes of the country is the fact of entering people's homes. Sometimes you can watch the production of orecchiette or the sale of taralli but always with that sense of familiarity that the eyes and the heart of those who visit it. 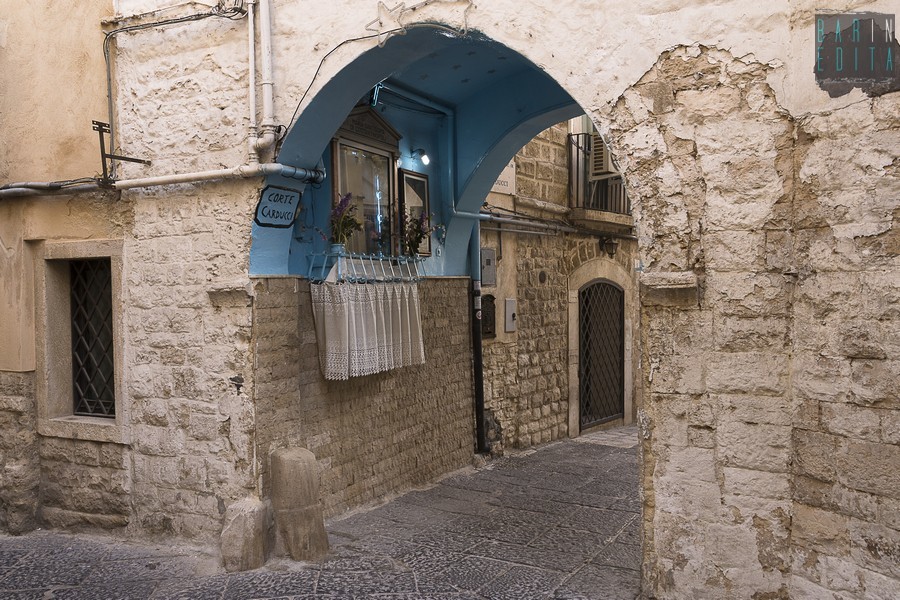 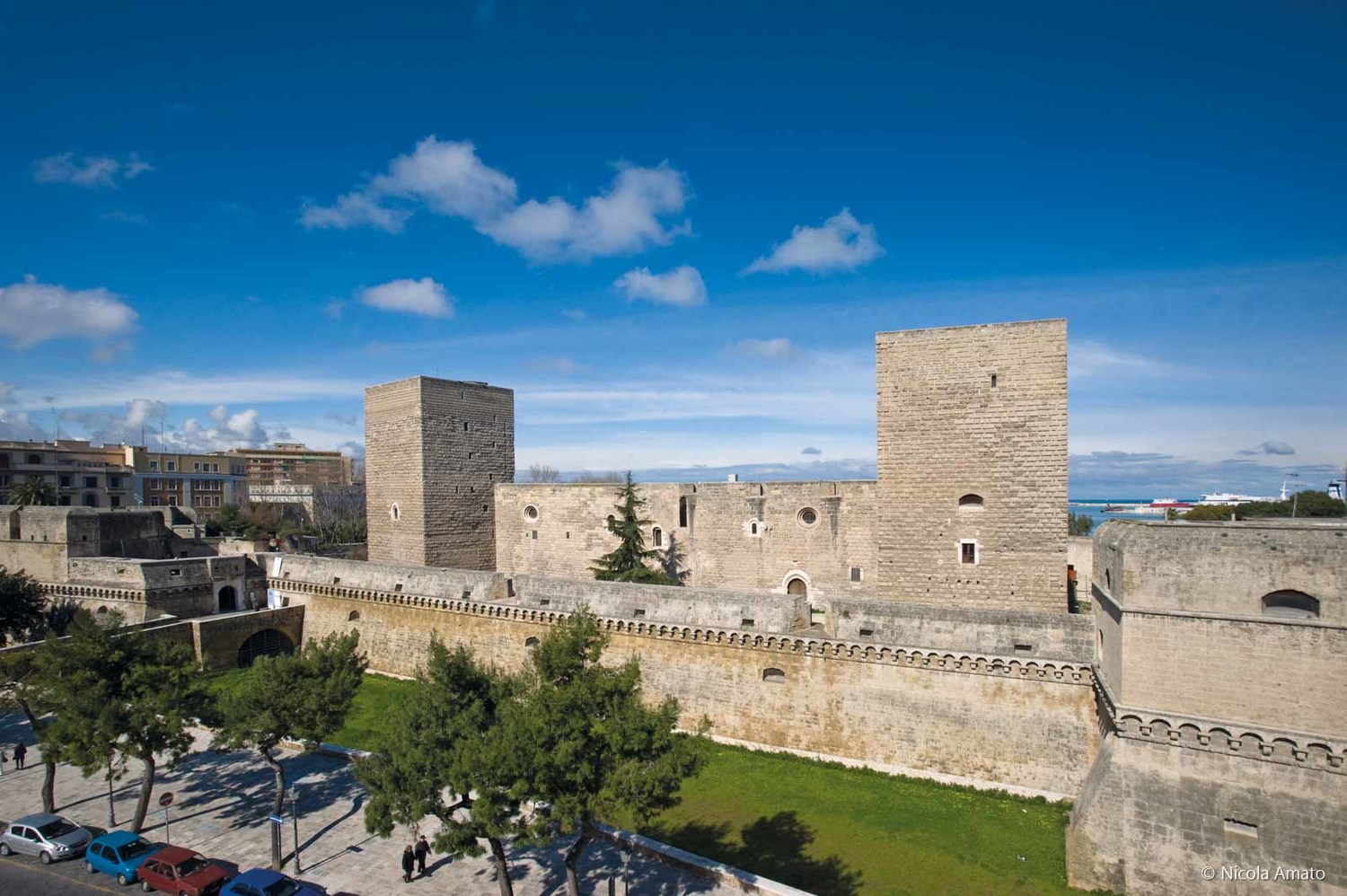 For those who want to retrace history, The underground Bari us a nocturnal path guided by the expert archeologists from the basements of the Swabian castle to the old Bari. History traces the Bronze Age, Roman Age, Roman Empire and West Empire. 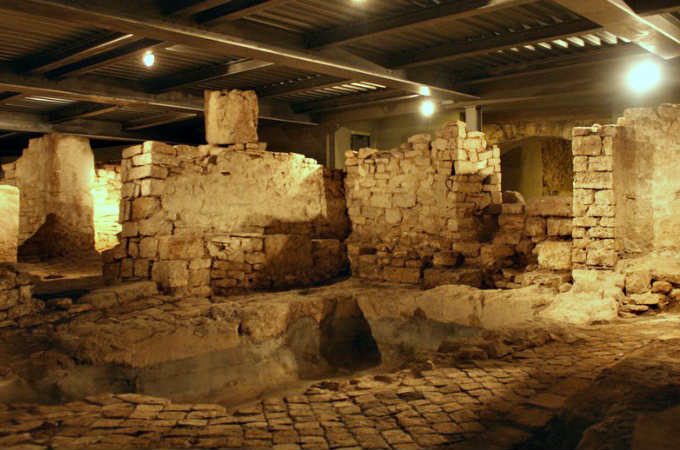 The Castellana caves are one of the most spectacular caves complexes in Italy. It is famous fot the White cave, the world's most brilliant. It also includes a museum and a astronomical abservatory. The there is the Grave which it is the largest cave in the system and it is the only one to have a natural access to the surface. 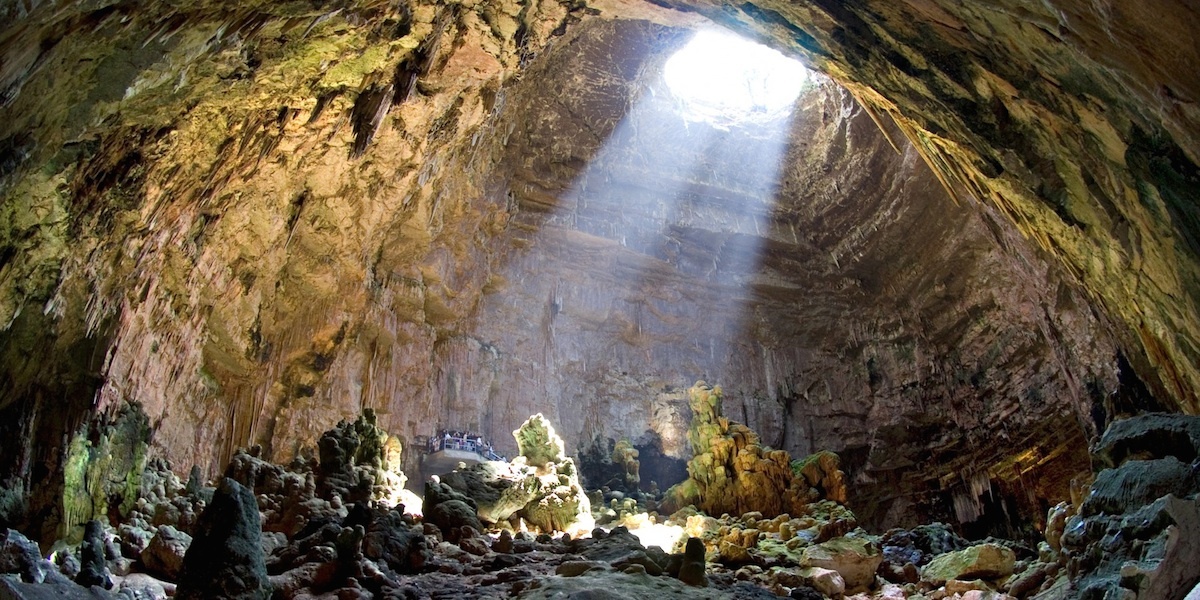 Once in Bari you must also visit Alberobello with its Trulli, these small pointed houses existing since ancient times and on white symbols that indicating propitiatory rites. They are a perfect example of passive green building: thanks to the high thickness of the walls and the fact that in addition to a small skylight at the top they have no openings besides the door, they retain heat in winter and are cool in summer. 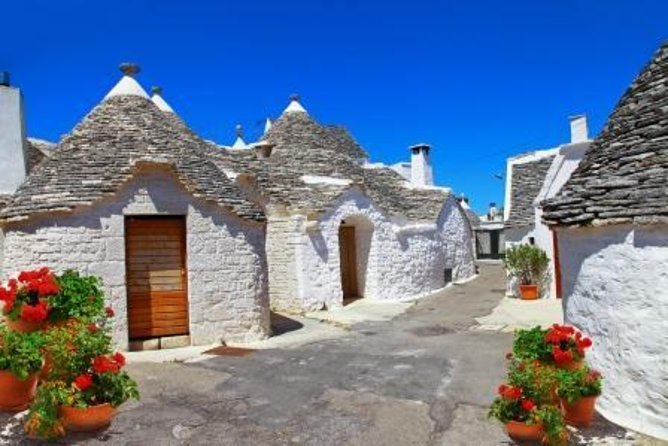 Ut was born in 1903 and despite all problems to the 900s as the two world wae, the fascism, the landing of the allies, all the important cultural events have passed from here. It also suffered a painful fire but it was restored. You have to visit it not beacuse for your passion to opera or classical dance but above all because it represents a piece of history and a hundred-year-old tradition after being almost hit to death. 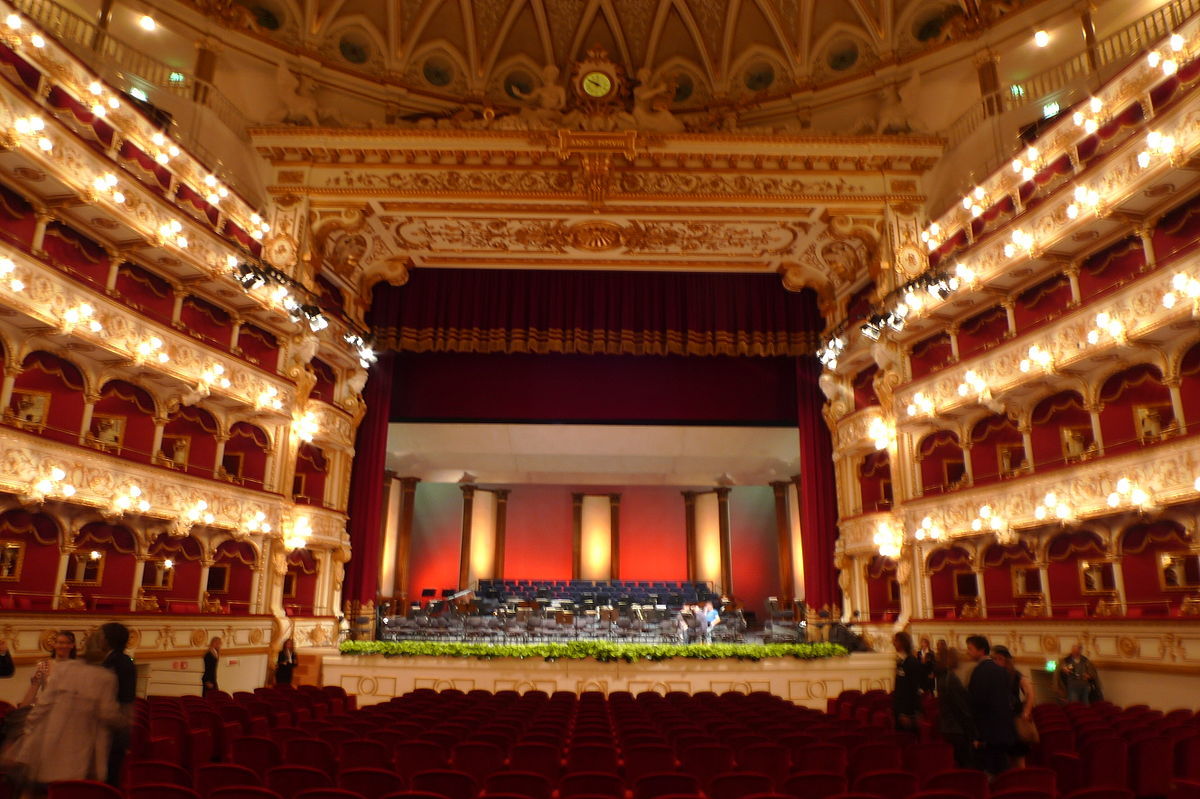 The seafront is a fundamental step for those visiting Bari, a pleasant place to take a walk in the summer evening. It is also of a unique beauty where architectural details of the city can be seen, from the historical center in Romanesque-Pugliese style to the fascist urban transformations. 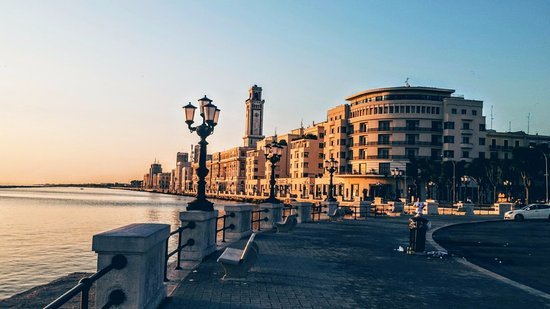 Every day the sale of the fish takes place, wuth a dozens of fishermen. The right place to buy cuttlefish, hedgehogs, octopus, lobster, coax and more. Even if this place is not sold, it is often visited by the inhabitants for its beauty and tranquility. It is the center of the Bari nightlife especially in the summer evenings. 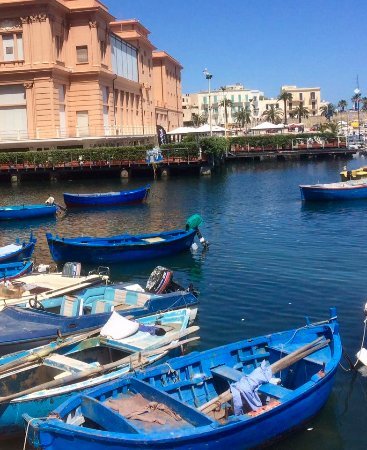 You should absolutely taste the tyoucal dish of Baru with its recipe of orecchiette tirnip tops. It is a must-do thing after visiting the city. The surprising thing is the handmade production of this pasta, even on the door. 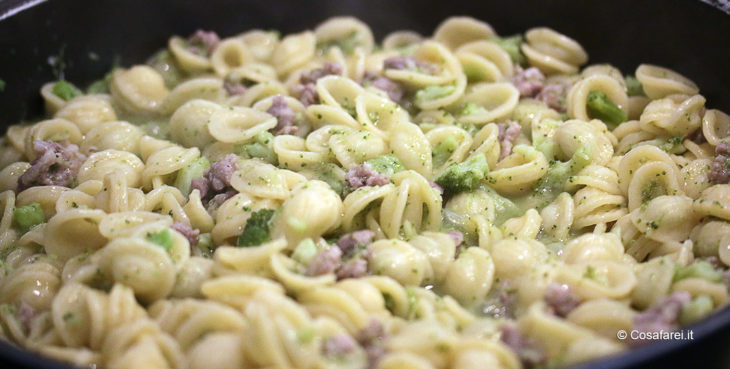 It is the largest park in the city of Bari. It has a basketball court to play, a bowling green, and green areas for sunbathing, picnicking or studying outdoors. You can connect via wifi and also has two ponds with ducks, turtles and freshwater fish. Both inside the park and outside you can go jogging, take a bike ride. 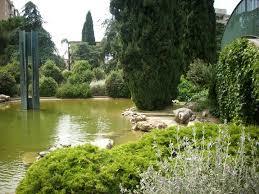 It is considered the realm of entertainment in the Bari southeast. There are no discos, bars overlooking the sea open day and night. One of the most important is the Coccaro Beach Club. A luxurious lounge by the sea, with sculpture sofas, hemp rugs, white linen curtains and soft cushions. 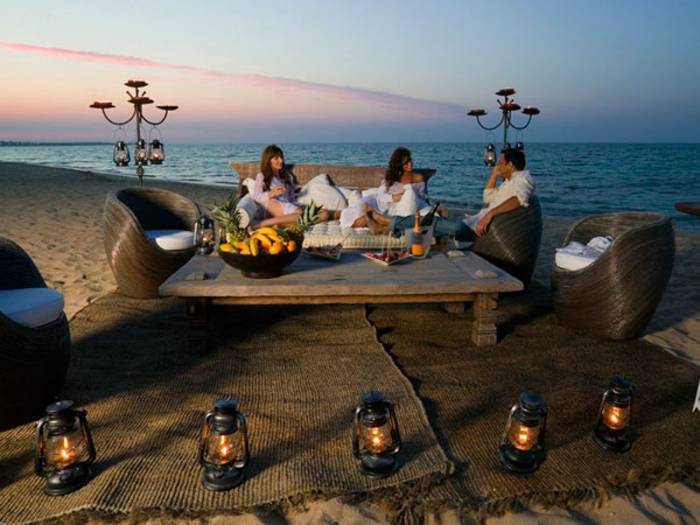 An area rich in rocks and small beaches made up of small pebbles. Here the sea takes on an intense blue color and the seabed is rich in fish and vegetation. This place is immersed in a suggestive field of prickly pears creating a magical contrast with the deep blue of the sea. 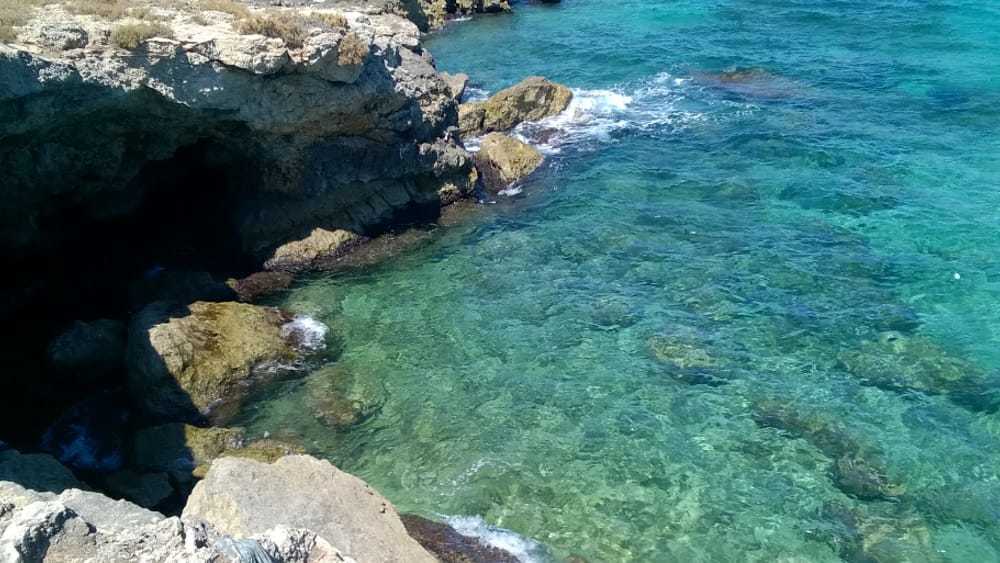 The night in Bari

The night in Bari is in constant motion and a reason to meet different generations and cultures. Have fun in the narrow and cobbled streets of the old city, enjoy the evening with live music and laughter echoing in the streets but above all accompanied with a cocktail or a good glass of wine. 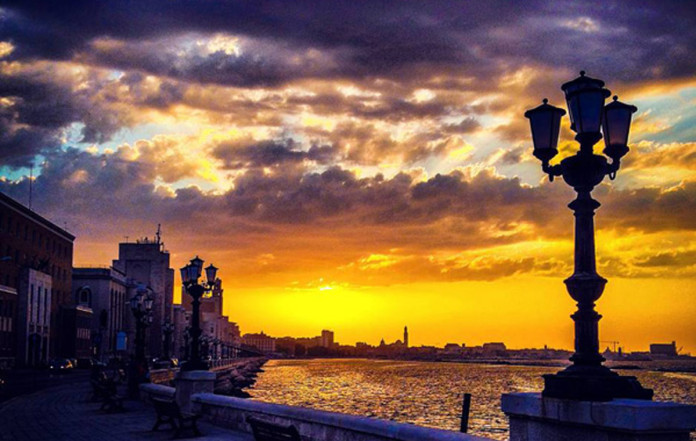