The chapel of the apocalypse

It is located in the sacristy of the parish church of Sant Egidio. The walls of the chapel are in fact completely covered with oil paintings made by the Austrian artist Ernst Fuchs. The images reflect the symbolism of the Christian and the sacred objects of Christianity are joined by characters of the time, images of the present society and of the past of humanity. 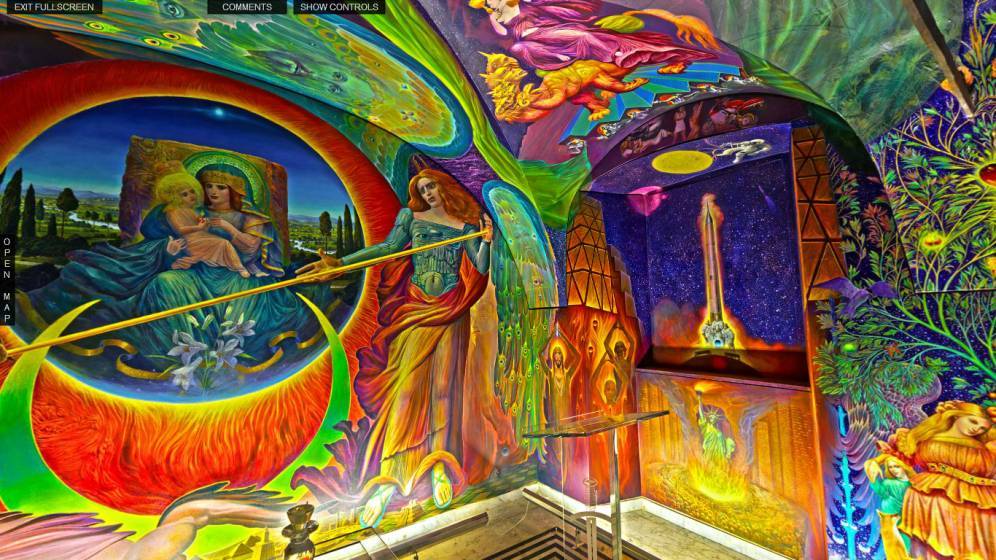 It is one of the important castle of Austria. It was built on a rocky ridge in 860. Many times the castle was badly damaged by Turkish invasions. Currently the castle is in possession of the Khevenhüller. Some parts have been opened to the public and can be visited. Each access port has a different name. The first door is called the gate of the bishops for the Lanzichenecchi depicted. The second is called the gate of the guardian. The third is a tower in defense of the fourth called door of the angels. The gates of the tower are arched. 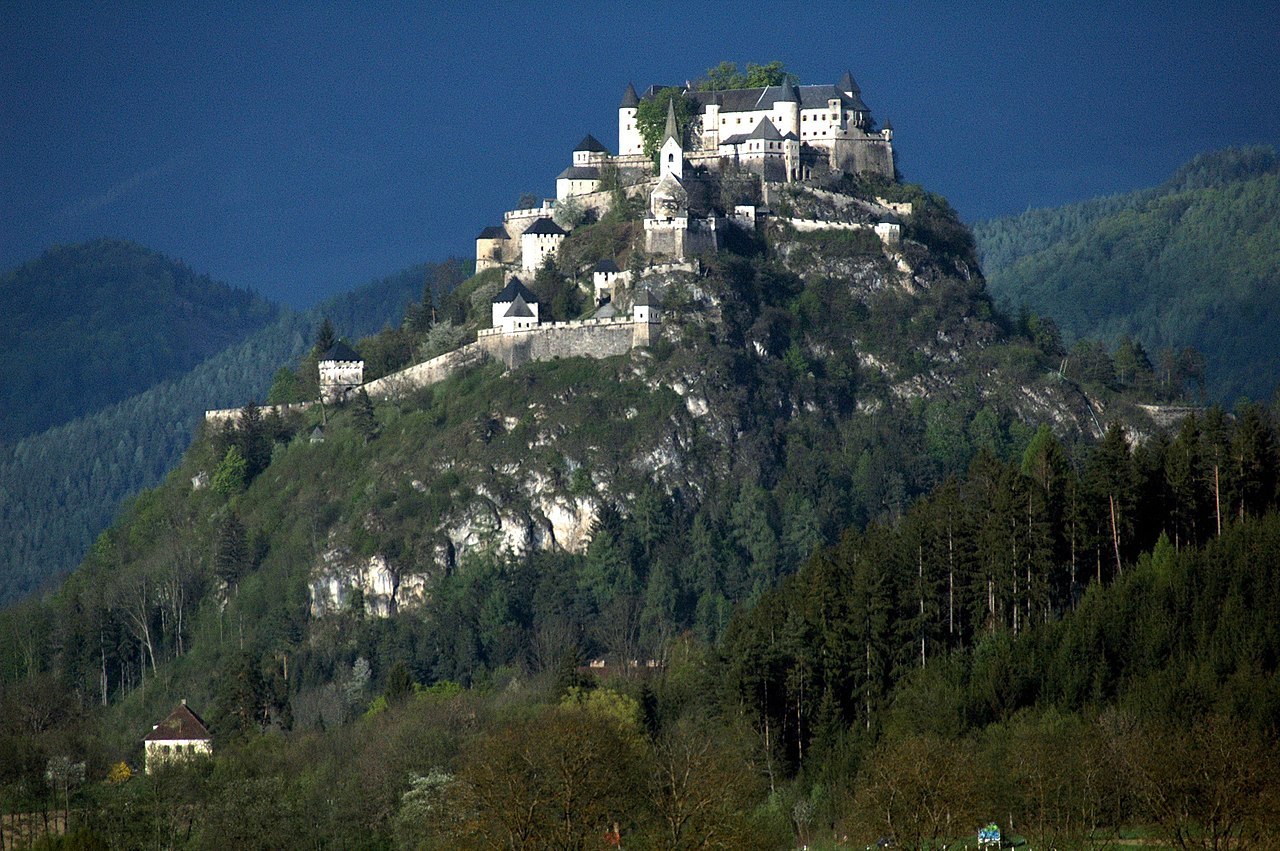 It was built in Romanesque style between 1140 and 1200 and is the masterpiece of the Romanesque style in Austria. Inside it has three naves and a crypt composed of 100 marble columns in the Romanesque style. The Baroque altar is composed of wooden sculptures and gilded stuccos, with a statue of the Virgin surrounded by a rosary and accompanied by two angels carrying ribbons with prayers written on them. Inside there are also other altars with many frescoes. 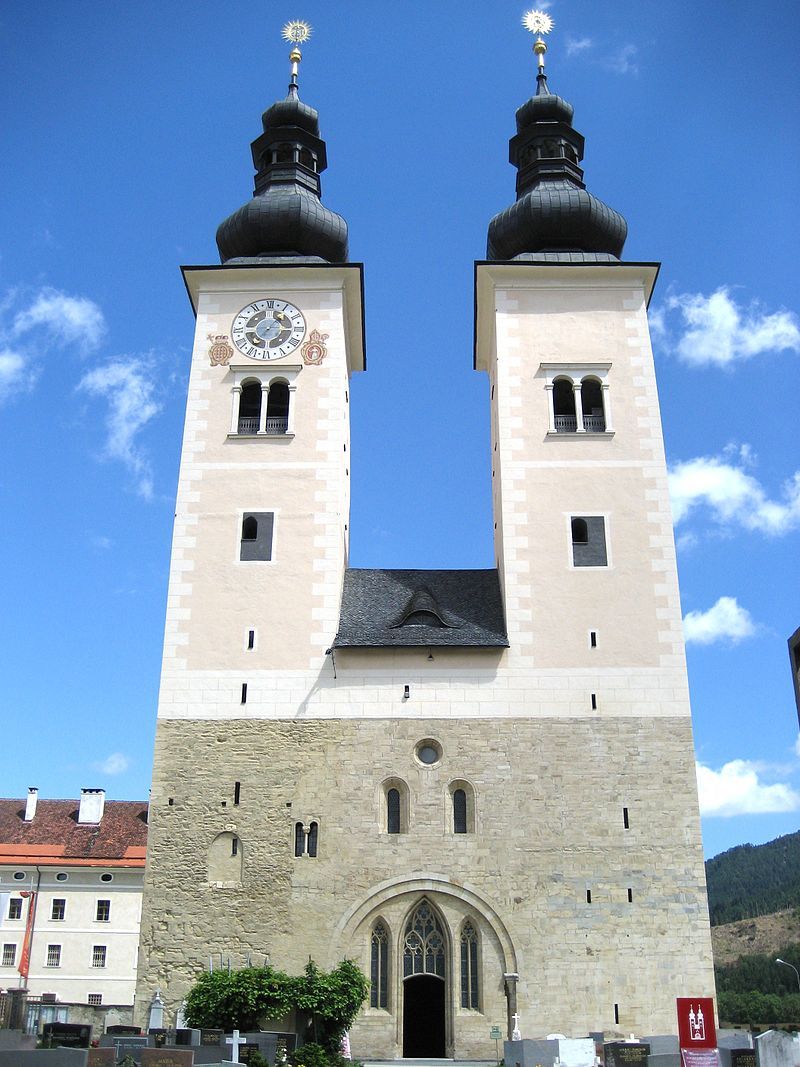 The park hosts an exhibition of famous miniature buildings around the world. It was inaugurated in 1957 by some Dutch citizens. In recent years a playground has also been created for the youngest. There are about 156 miniatures using original materials. The most important miniature is that of the Basilica of San Pietro, made of original travertine marble.

The castle was completed in the early 1600s. Inside the castle there is an ethnographic museum. Pre-industrial wooden machinery, tools and instruments, means of transport and everyday objects, the history of the school, the mining activity, the art of the booty are exhibited. In addition to the museum, the castle also serves as a stage for particular cultural events. 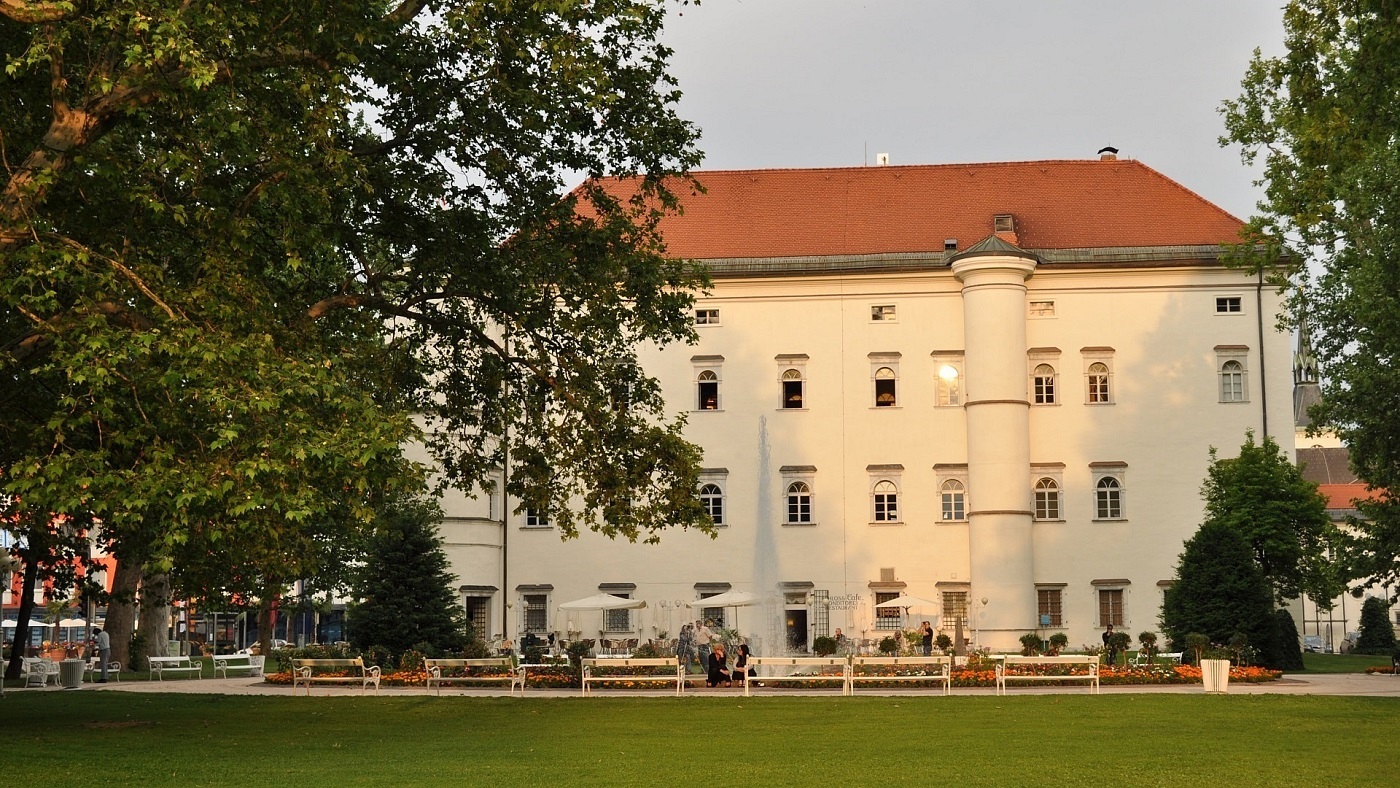 It was founded in 1070 by the Benedictines, then transformed into a castle. The portal has reliefs with faces in the columns and the Christ in the tympanum. The interior has three naves in Gothic style with vaults adorned with vaulted keys of coats of arms. The main altar is in Baroque style. 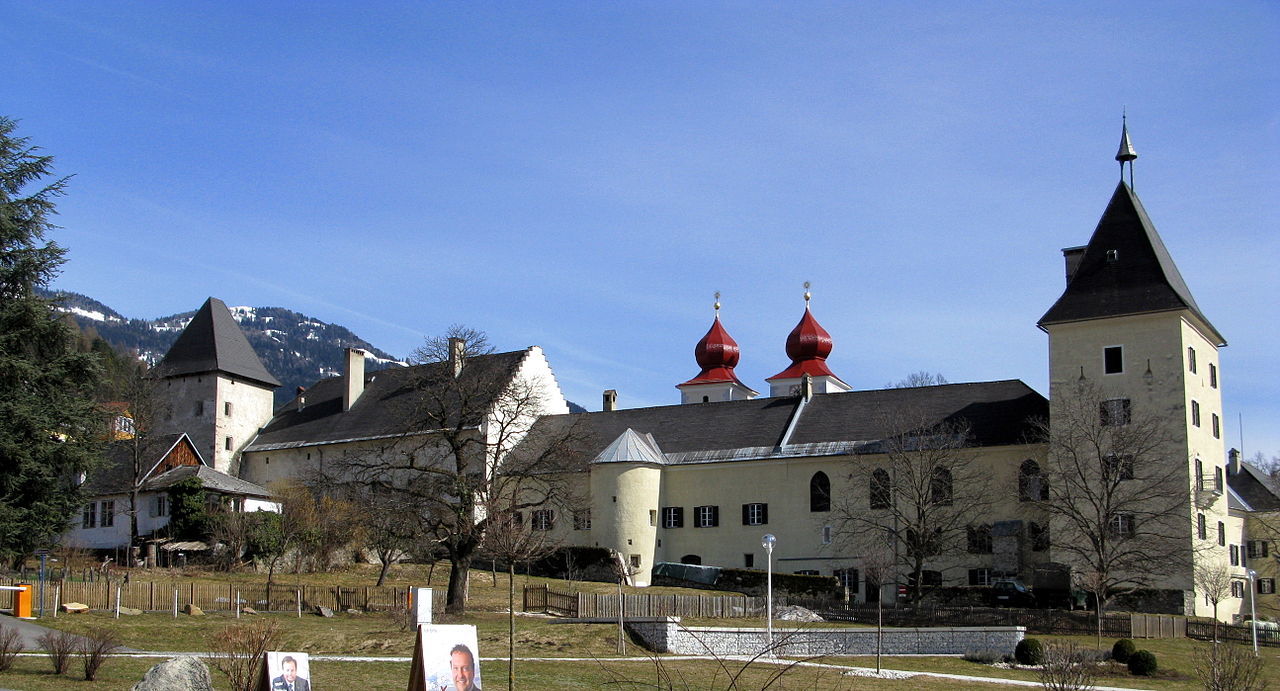 It is a stop on the main pilgrimage of the Christian faithful of medieval times. Inside, the high baroque frescoed ceilings depict scenes from everyday life. In the left arm of the transept you can admire the mausoleum of Archduke Maximilian III.

It is the tallest wooden observation tower in the world. It is made of larch wood and has a sinuous and harmonious shape. To go down from the tower you can use the stairs, the elevator or the slide for the bravest. 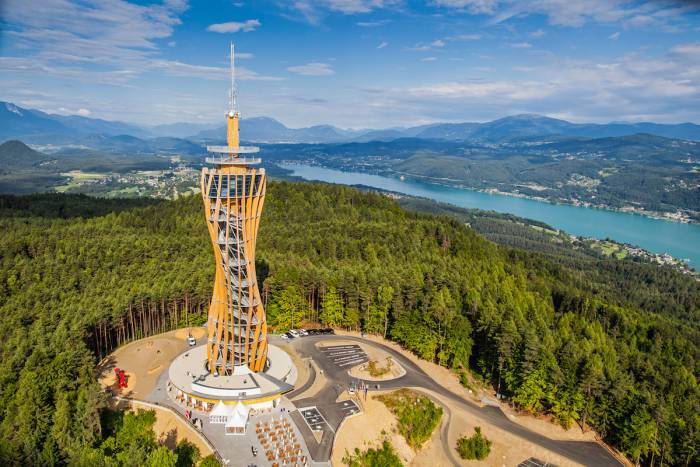 There are individual and thematic exhibitions of young, recognized, national and international artists. The Burgkapelle art space is available for experimental art projects and installations. The Carinthian region collection completes the museum's offer. 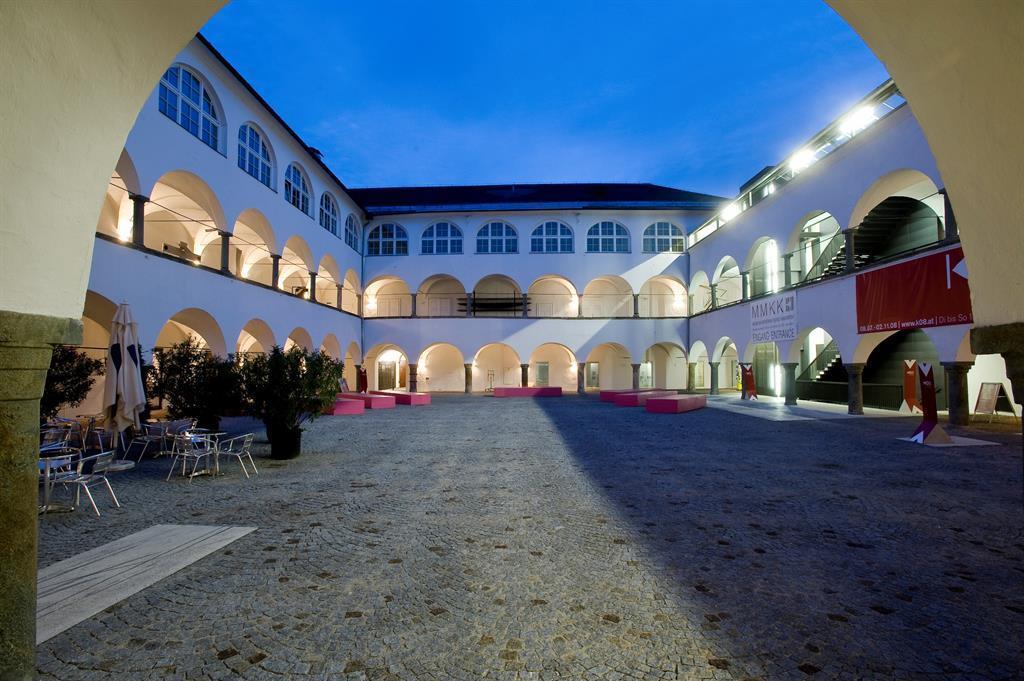