In the city of Vitré you will find a magnifuco a castle, with a fairytale composition and a sumptuous structure, worthy of the best knightly tales. Passing over the ancient moat walking on the drawbridge and enjoying the entire route of the castle that was built in the 11th century, but expanded in the central and final ones of the late Middle Ages. The structure is characterized by the numerous towers that end with black pointed roofs. On the square you will also find a museum dedicated to the castle, perfect if you want to learn more about the history of this symbol of Brittany. 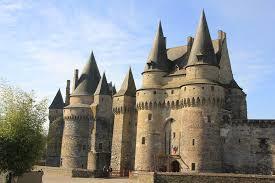 The cathedral of Saint Pierre Rennes

Saint Pierre Cathedral, a precious pearl of Brittany. The imposing neoclassical façade has towers built over a long period of time. For example, in the sixteenth century the first part was built, while only in the following century the second and third levels above the main door. The interiors are magnificent and will surely surprise you for the sweetness of the colors and for the beautiful decoration of the vault above the altar depicting Christ and the Apostles. 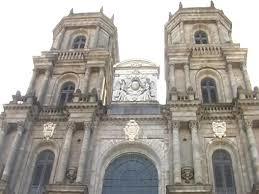 One of the castles to see is certainly the so-called Fort-la-Latte which is located in the municipality of Plévenon, near the Strait of the Manche. From its thick and grandiose tower you can cast your eyes up to the horizon, feeling a thrill sensation as soon as you realize you are on a cliff overlooking the sea at about 70 meters high, even the interior is very interesting to discover the history because the path is really suggestive. Like medieval knights, go past the drawbridge to discover the private rooms, the garden, the keep and the famous menhir which, according to tradition, would recall the finger of Gargantua, a character from Rebelais novels. 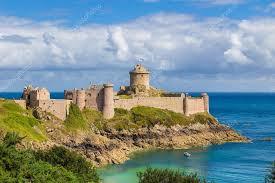 The great Oceanopolis, the huge aquarium with numerous fun and educational sections perfect even for the little ones, located in Brest. Here, in fact, you will find a pavilion linked to the tropical areas of the Earth, where you can even spot the fearsome sharks (of which there are 7 different species!), But also the largest penguin colony in Europe, present in the polar section. An absolute must is the new aquarium pavilion, where the special biodiversity of Brittany is told. 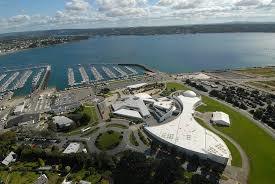 The Castle of  Fougères

The wonderful Fougères, a medieval town dominated by an imposing castle-fortress with a lot of crenellated ramparts, a moat and 11 towers with conical roofs from which you can enjoy a splendid view. The castle of Fougères is one of the most famous castles in Brittany, as well as one of the most impressive in all of Europe, it is a medieval fortress erected in the 12th century and enlarged several times up until the 15th century, located on a rocky island on the Nançon river in the town of Fougères. The construction, a veritable fortified citadel that it replaced a pre-existing wooden castle destroyed by the English in 1166, was designed to accommodate the city's population during enemy attacks. The castle was of enormous military importance until the 15th century, when the Duchy of Brittany lost its independence. It has been classified as a historical monument since 1892 and is owned by the municipality of Fougères.

The castle of Combourg

The castle of Combourg, where the writer Chateaubriand lived, which seems to have come straight out of a storybook, with its sharp turrets and wonderful river location. In addition to the writer's history, the magnificent gardens richly decorated with flowers are worth a visit. 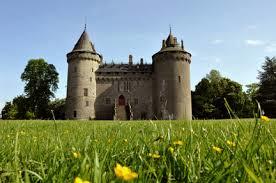 Palace of the Parliament Bretagna

Symbol and backdrop of episodes that have marked the history of Brittany, the Palace of the Parliament is a remarkable testimony of the great royal and Parisian decorum of the seventeenth. Built on the plans of Salomon de Brosse, architect of the Palais du Luxembourg in Paris, it expresses in its walls the prestige of his office. La Grand'chambre, a jewel of exceptional interior decoration, with French ceilings and carved and gilded wood, offers a unique example of pictorial art of that time. Parliament is the center of a light show in the summer. 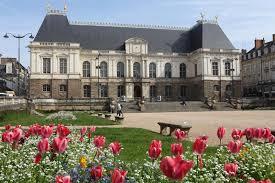 The tower of the Saint-Malo remparts

Saint Malo is a great place to take a nice walk. With high tide and low tide, it offers the most beautiful views of the bay and the harbor. The first bastions date back to the 12th century, the ramparts were enlarged by Simeon Garangeau, the king's architect engineer, who directs the program of fortifications designed by Vauban.

Brocéliande, the Porte des Secrets is a scenic journey, appealing to all the senses, for 45 minutes. Accompanied by a forester, Pierre, you will discover the different riches of Brocéliande through 4 rooms with a unique decor. Mixing the techniques of cinema, theater, animation combined with the use of new technologies and light effects, this course immerses you in an incredible atmosphere. Do not lose ! To discover also on the web: to access the Internet site 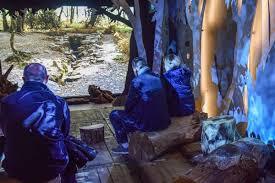 The Cathedral of San Corentino

The Cathedral of San Corentino is the main Catholic church in Quimper, Brittany, classified as a historical monument since 1862 and one of the oldest examples of Gothic architecture in the region. The church is dedicated to Corentino di Quimper, the first bishop of the diocese. The construction of the cathedral on the site of a previous Romanesque church lasted from the 13th to the 15th centuries. In 1870 it was awarded the title of minor basilica. 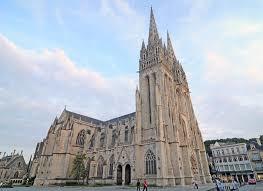 The Museum of Fine Arts of Rennes is like most museums in France a revolutionary creation. Created in 1794 from works seized in the city's religious and civil buildings, the museum draws most of its wealth from the fabulous curio cabinet of Christophe Paul de Robien (1698-1756), president of the British parliament. Now it houses collections of works of art from the 14th century to contemporary movements. 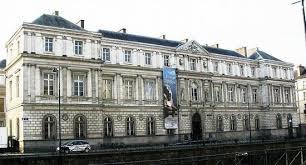 Brittany is not only made up of wild coasts but also of wonderful forests like the one that surrounds the village of Huelgoat: here many legends flutter that tell of an intricate forest of secular trees like moss that covers stones and boulders with unusual rock formations that they have aroused the imagination of poets and troubadours. As for the Paimpont forest, here too everything revolves around the legend of King Arthur like the Camp d’Artus, a Gallic fort or the Caves of Artus, where the famous king would have stayed for the night. 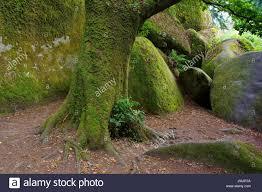 Port-Louis is a French commune of 2,897 inhabitants located in the Morbihan department in the Brittany region. It is located on a peninsula that strangles the estuary of the Blavet river from the south, facing the city of Lorien. The ancient name of the municipality was Blavet. In 1618 it was renamed Port-Louis in honor of Louis XIII, who wanted to make it a fortified city. 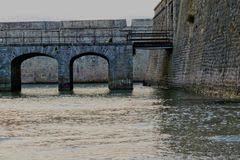 Saint-Tugdual Cathedral is a religious building located in Tréguier, in the Côtes-d'Armor department in France. Today it is the seat of the parish of Saint-Yves de Tréguier.Built in the Gothic style from the 13th to the 15th centuries, the building has a Romanesque part, the Tower of Hastings, preserved by the previous Romanesque cathedral. The construction phases of the 14th century make it an important building of Breton architecture, which served as a laboratory for the Breton Gothic forms next to other churches such as the Collegiate Church of Nostra Signora di Lamballe or the Basilica of Our Lady of Guingamp.
The most striking architectural elements are the three towers that rise above the transept, while the façade has none, the three portals out of service and the position of the largest bell tower with its spire. southern end of the transept, which gives the cathedral an unusual silhouette. 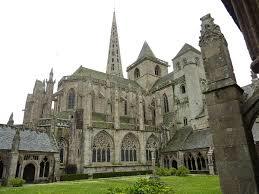